Why are midwives distressed about their workloads and pay? In the second instalment of our series, a rural midwife details her week caring for vulnerable mothers, tackling piles of paperwork and footing the cost of driving more than 400km. 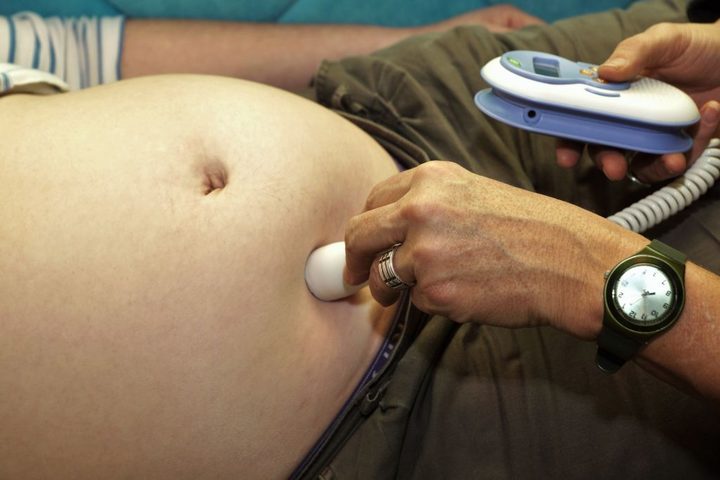 The College of Midwives says she likely earned about $7.20 an hour - half of minimum wage (midwives are paid per women in their care and not for the hours they spend on them).

Read the diary of an urban midwife here.

Today I got up to do paperwork at 7.30am before I left the house just after 8.30am. I had a woman who has a breastmilk supply issue and her baby is two weeks old, so I drove to her home which is 30km away. Then I drove to a colleague’s place to drop off breastmilk to her freezer. That same woman had a newborn hearing test so I was able to meet up with her to give her some fresh breast milk I got from some other mums.

I then went and visited three postnatal women. They were all normal with no complications. I had a client who needed Depo Provera (a contraceptive injection) so I stopped off at her home to give it to her and check her new sleeping space, since she’d been given one [for her baby] last week.

I had antenatal clinic, which started at 1pm, and I saw three women. There was one woman who had booked in quite late and is hard to track down. I know she has problems with transport so I went out to her home about half an hour drive away. She wasn’t there so I went back to the clinic and she was waiting there! After seeing her in clinic, I had to catch up with paperwork. Obviously, after seeing all those women, there are a lot of notes to put in. I try and stay behind after clinic and write up as much as I can and also check test results and send text reminders to women about their appointments the next day.

I called a woman who lives remotely about her appointment with the obstetrician; she’s got twins. She couldn't make that appointment so I have to reschedule that and call the obstetrician tomorrow and talk to him about the plan. I’ve also got a student midwife with me for the whole day. I had to go back to my colleague’s house to pick up the breastmilk. I finished up about 5pm

I started with an hour of paperwork in the morning at 7am and got out of the door just after 8am. I had to go to the police station to verify my ID for the children’s safety check that’s required under legislation. Then I had antenatal clinic and saw five women. My student was there too. One of the women had actually ruptured her membrane one hour before seeing me so I checked her and consulted with an obstetrician and she went down to secondary care. I had to stay behind at the clinic as there were some people who needed scripts faxed, so we left there at about 1pm.

After that, we went and did a postnatal visit and then headed to the maternity unit where I had a new client booking appointment. It was an experienced mum but the booking took longer than expected because she had some mental health concerns and she disclosed childhood sexual abuse. We have an appointment in the morning with the maternal mental health team so they can assess her and make sure she’s not going to do too much harm to herself. Because it’s urgent I called them to make sure it doesn't get missed.

My nursing partner will be on call tonight.

I did about an hour of paperwork before I left home at 9.10am. I went to see a woman who lives remotely for a postnatal visit, and then did two more visits which took me until about 12.30pm. Those postnatal visits can take some time and you don’t always get everything done in one visit; you might see a mum in the morning and then visit her again in the afternoon. It doesn’t happen often but if it does, it's often for breastfeeding support or for grieving mothers

When a family loses their baby, our care doesn't stop. Sometimes it means visits for weeks after the death, and attending the funeral. I once helped out in the kitchen at a baby's funeral. For some midwives, it’s not uncommon to do up to 20 postnatal visits to a grieving family.

I did a few antenatal visits then I had to follow up on some test results. We left the clinic just before 2pm to do two more postnatals and see another woman who lived out of the ways but she wasn’t home. At about 4.30pm I got to my student’s place. She’d been up all night birthing with my nursing partner so we had to debrief. I got home at about 6pm.

I got to clinic at 9am and had eight antenatal appointments. Then I had to book several women into the hospital for birthing.

I left the hospital at 3.30pm to do two postnatal home visits. I then had to go get some more expressed breast milk for my woman who is still struggling. She’s starting to wean off the donor milk which is good.

I had a College of Midwives meeting which finished around 7.30pm.

During the week I got a lot of texts, emails and phone calls, not only from mums but also from the hospital or midwifery coordinator. Also, things come up like when I had to talk to an obstetrician a few times regarding scan results.

There are also emails from women trying to find a midwife. We try and stay on top of those because some women can get quite anxious if they can’t find a midwife. Also, bookings can take some time. Some midwives get the women to take responsibility for that but because of my caseload, lots of women don’t have credit on their phones so I try and do it with them when they’re sitting in front of me.

Today is my day off, well, sort of. I use it to catch up on work that I couldn’t do during the week.

As told to Mava Enoka. Edited for clarity and brevity.