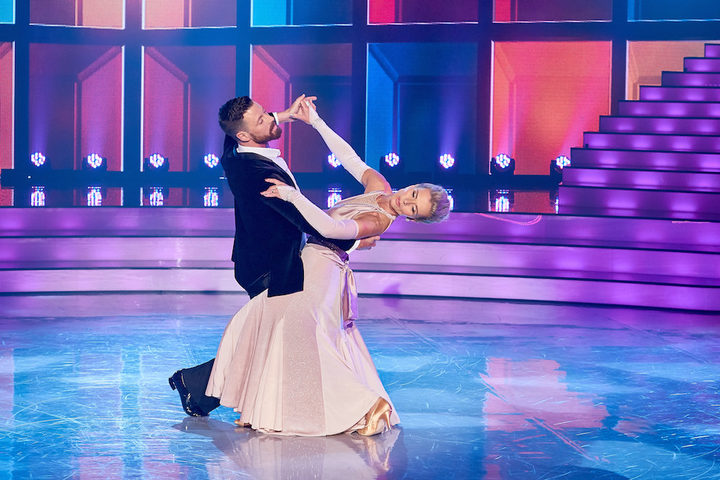 Suzy opens the show, and I am finding it weird to see a national treasure shaking her bum on TV, but we're not singing nursery rhymes anymore, so I need to grow up. Judge Rachel has a weird way of giving a compliment, but making it sound like she's actually saying 'that was horrific'. Could someone also let her know she's spilled a heap of bonzer down her front?

Robert Rakete, aka Benjamin Button, seems to have lost control of his feet tonight, I don't know if he and Nicole are doing the same thing at any point during their jive. The judges tell him he's improved so much since last week, and at this point I wonder if I'm going blind, because that is just not true.

My first question with Gilda is, what is that outfit that she is rehearsing in? Is it a wetsuit? A superhero costume? It's a mystery. Shae has 'vote Gilda' bedazzled on the elastic of his undies, and that would probably work on me, if I knew how to vote. Rachel makes comments like 'no matter how the dance is going, you always look like a lady'. It's her second performance. She doesn't 'always' anything yet. The judges get sassy with each other. Somewhere a producer has been in their ears, telling them we need to see some conflict on the judging panel. 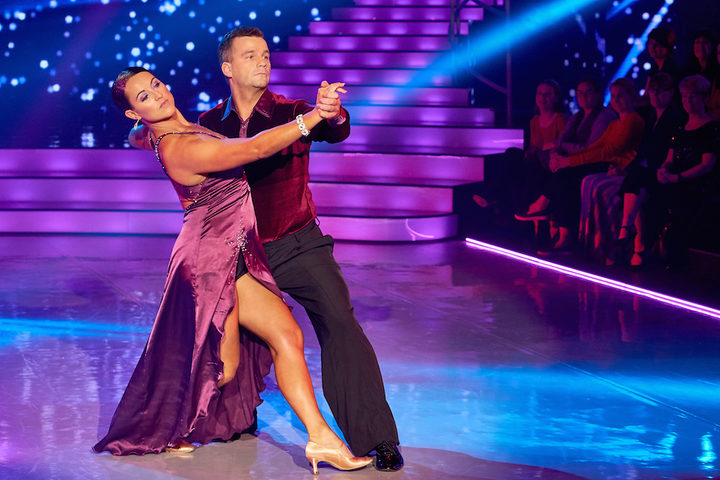 David starts by saying he's at the bottom, so the only way to go is up. Wrong. There is another way to go. Home. Then he makes a joke about his dance partner being able to find two engineers who have even touched a woman, and I'm cringing so hard that my spleen is probably feeling the strain. Again though, his actual dancing is not terrible, and I'm so confused. Much like his facial expression while dancing. Someone in the audience holds up a sign that says 'We want to Seymour of David', and I'm more impressed with that pun than any performance I've seen tonight.

We are now at elimination stations, so I'm ready for some long pauses and dramatic lighting.

Suzy is the first one who is safe, and as a nation, we are all thinking 'fucking obviously'.

Gilda gets sent home, but reckons her kids will be stoked that she got to dance to 'Despacito'. So. That's a weird achievement to take away.

Shav is the last to be declared safe, which really made me realise just how much I want her to win.

I form emotional attachments at the drop of a hat, so I don't know why I keep getting myself balls deep in reality shows that make me love people before unceremoniously sending them home. I'm a sucker.