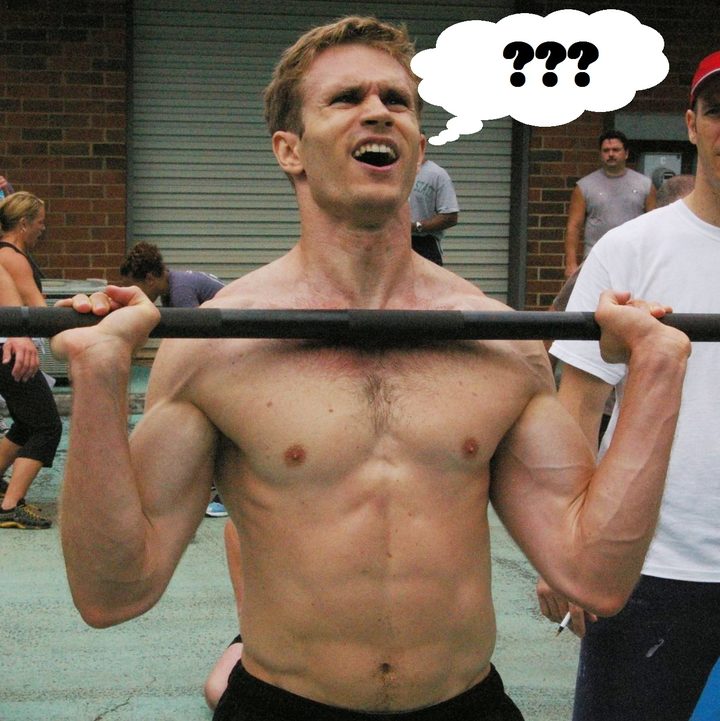 A few evenings ago, while lying in bed, my partner asked me why he had nipples.

I was stumped! Men don’t breastfeed so they have no requirement for nipples just taking up space on their chests. I didn’t really know - and I had to admit that.

But my brain kept ticking over. I wondered aloud if it was because ultimately humans evolved from a single and neutrally sexed organism, and it must have been ‘left over from that’ (something that Charles Darwin speculated in his 1861 book the Descent of Man). That was satisfying enough - but likely untrue.

I tried to sleep with this question lingering in my mind and had a bizarre early morning dream about incredibly ripped breastfeeding men with long wavy hair walking around a campfire holding babies to their chests. I knew this was impossible - men have never been able to breastfeed. Our evolutionary ancestors and those with whom we share a common ancestor do not have a male species that can produce milk. I felt stupid not being able to rationalise the why when I’m a scientist.

When I got up, I started Googling, and felt the satisfying flood of “OF COURSE”.

Following conception, all mammals begin as a single cell (a zygote) that divides first into two, then four, then a cluster of 16 cells. At these very early stages, an amazing phenomenon occurs where the cells, that begin as clones, become different from each other. The group of cells go from being identical to becoming different from one and other due to the release of molecules that signal a “top” and a “bottom”.

Different events begin to occur within the cells based on where they are in the forming embryo. Some cells will divide and grow to become the placenta while others will divide to become the foetus. It’s really rather mind blowing that through biochemical signalling we can go from single cells to a complex human embryo, then foetus, and finally a fully fledged human, with a clearly defined head and heels.

In the first few weeks, the embryo is focussed on defining the basic essential mammalian traits, like the beginnings of the gastrointestinal tract. It is very difficult to see clear differences between a mouse or a human embryo image at these stage. In these first few weeks there is no anatomical or hormonal difference between foetuses that have two X-chromosomes (one from the egg of the woman and one from the sperm of a male) and will develop to be female, or one that has an X and a Y-chromosome and will become male.

As the embryo continues to grow and divide, there are increasingly complex signalling events taking place. These are all based on the release of molecules from one point and the diffusion of these molecules throughout the cell mass. There are ‘critical thresholds’ of different molecules that must be reached for certain flow on effects to take place. A high concentration of a couple of these molecules combined with the absence of another, may “tell” the cell to develop to become a future eye cell or a future blood cell.

This action of diffusion as a signalling event always reminds me of my high school science teacher, who tried to explain diffusion by spraying lynx deodorant in the corner of our classroom; we had to put our hand up when we smelt it. The hope of our teacher was that those closer to the spray would put their hands up first - but she sprayed such an excessive amount of lynx that the room reeked within seconds and we had to sit there for the remainder of the hour giddy with lynx inhalation.

But I digress, back to embryogenesis biochemistry.

Following the foundation of our major general human features, at around day 42-50 a gene, that is only present on the Y-chromosome, becomes activated, triggering the production of testosterone. This stops the development of female sex organs, and starts the promotion of the development of male sexual organs. And yes - you’ve likely figured it out by now, before the genes on the Y-chromosome start producing hormones that influence male development specifically, there are cells that have had their fate sealed and have been directed to become nipples! In XY (male) embryos the signalling for continual nipple development and mammary gland potential is shut down. While in XX (female) embryos there is no shut down of these signals, instead the foundations for female puberty and the associated breast and nipple growth are laid down.

So tonight, I can sleep easy with this knowledge freshened in my mind: Men have nipples because we all start off as non-sexulised embryos. There is no clear evolutionary disadvantage to men having non-functioning nipples. That means, for the foreseeable future, our male humans will continue to have nipples.