Trixie takes some time out of her busy schedule to chat with Baz Macdonald about life as a Drag Race star. 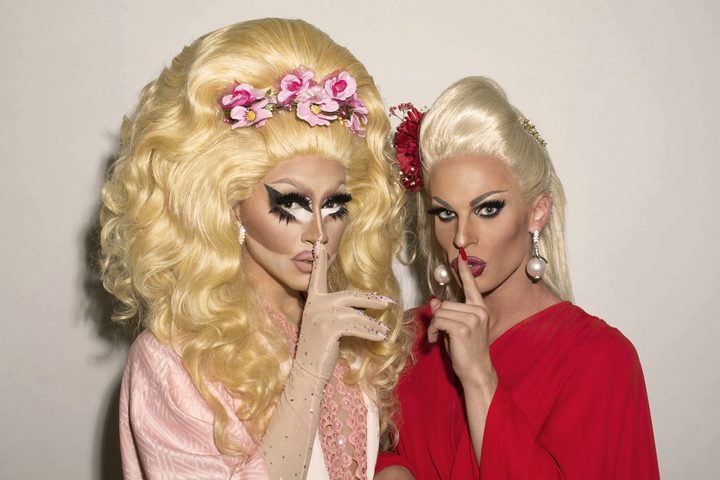 Trixie Mattel is one of the breakout stars of RuPaul’s Drag Race. After competing in Season 7, she has gone on to become a billboard topping folk musician with her album Two Birds and now she has her own show on VICELAND with fellow Drag Race alum Katya Zamolodchikova. The Trixie and Katya Show is a comedy in which the two queens discuss topics with their own signature forms of dry, dark humour.

Hi Trixie! I am so excited to get a chance to talk to you.

Well, I am a huge celebrity. Let me tell you why. Today I went to Chipotle, and I got recognised three times – but not as Trixie Mattel, but as a slob who eats at Chipotle every day, and I was like “Oh, hi! Yes, that’s me.”

I’m sure you’d get recognised as Trixie in New Zealand. Have you ever been here?

No, I haven’t unfortunately.

Well, you’re from Milwaukee, and there are some similarities. They are both quite rural with a lot of farming, for instance. I wonder if the drag scenes might be quite similar. Tell me about the drag scene in Milwaukee.

I did drag in Milwaukee for seven or eight years, and it is a little more pageant. It is not as artsy, or as about comedy.

Let me tell you this, I did drag in Milwaukee for free for years, and still I couldn’t reserve any kind of recurring cast position at any of the bars - because, I was too weird.

But now my life is like one long Pretty Woman moment. I’m like, “Look at me now, bitch!”


How did you get into drag and develop such a unique style when all that was around you was pageant queens?

Well, I was recently divorced and had no other way to see my three kids - so I started doing drag in order to be their housekeeper.

They actually made a film about my inspiring story.

No, for real, I was at a music school for boys and I started doing drag because I had to jump in last minute to play a female role for a show I was in. And I had so much fun doing it!

From there, it was just for fun, and then it was for part-time money, then it was my full-time job. Then I did Drag Race.

You say you couldn’t get paid to perform in Milwaukee, so when was it you realised you could actually be a professional drag queen?

In Milwaukee I was doing one show a week by myself – I had my own show, because I couldn’t really get work in any of the other shows. Then, I would travel to Madison, Wisconsin and Chicago – because, in other cities I could get work.

I used to take a nine-dollar Greyhound to Chicago every Friday, and I would go to Kim Chi’s house and stay with her. I would perform with Shea Coulee, Kim Chi and Pearl – we used to all be in the same show on a Friday; you could come see us for five bucks.

It became lucrative. I was a white guy, with an off-colour sense of humour, who played folk music. But, it turns out that a white guy playing folk music isn’t that special or marketable. But me being Trixie Mattel, this towering Barbie doll, was something that I could really get work doing.

Music was kind of my hobby, but over the last couple of years I started fusing the comedy, the drag and the music – and, it was like a lightbulb turned on. 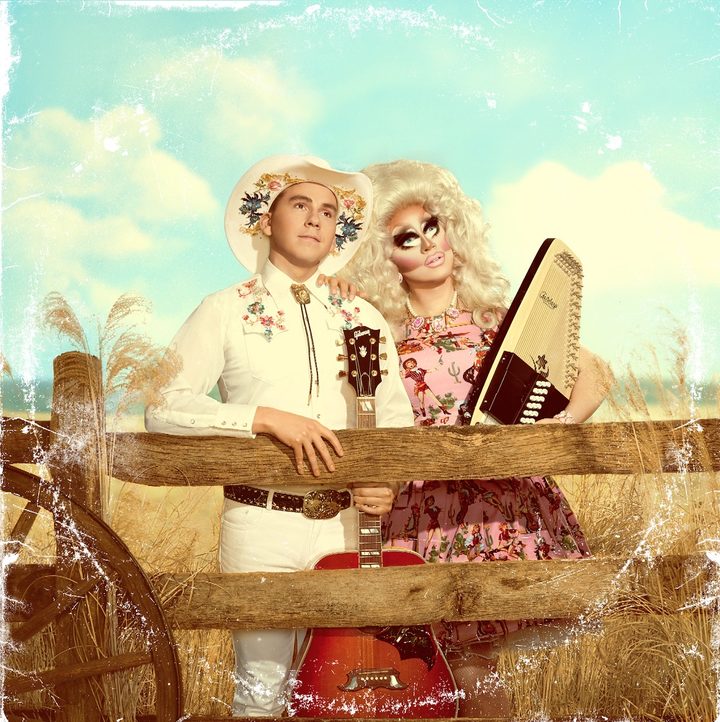 You had a lot of success with your album Two Birds last year. Do you see your music career as separate from your drag career, or are they one and the same?

It never occurred to me that there might be a way for me to link the two together. When I started, I was doing a Malibu Barbie kind of thing, which didn’t make sense for the kind of music I was playing.

But then I started shifting Trixie to this kind of folk, Coachella-esque, country kind of Barbie –  suddenly there was room for me to incorporate the music.

Originally, I thought I couldn’t play my guitar, because drag queens don’t do that. At 24, I guess my mind set was that “if it isn’t being done, it’s not going to work”.

But when I started adding guitar to my shows, people would tell me that their favourite part was the music.

Now that I have added it, it just feels right. Trixie now feels like a stand-up comedian and musician, whereas before I just felt like a comedian.

This is a bit shady, but there is a trend where many drag queens release albums – regardless of whether they have any music talent or experience. As a drag queen who has a lot of music talent and success in the music sphere, what is your perspective on that?

I’ll say this – I’m not a plumber, so I’m not going to come to your house, take a crack at repairing your toilet and ask you to give me money.

In the same way, I wouldn’t have a maiden voyage as a musician, if I had never played music before.

But there are also…

But, you know, I am an old man. I may be 28, but really 75-years-old and barely still with it on this earth. I can’t stand electronic music. I’m not a dance music person. I like to listen to old American folk music. So, for me, a bitch track would never be an option – because, I don’t have that bone in my body.

I am the most Caucasian person in the world when it comes to music – I am handicapped by how Caucasian I am.

But, aren’t you also Native American?

Yeah, I am half-Native American – but, I read this comment that I am “white presenting”, and now I think that is kind of funny to say.

I grew up off the reservation, so I don’t have a lot of ownership of that part of my ethnicity.

So, as a drag star you have travelled the world as Trixie. I was interested to hear what the experience of touring as a drag queen must be like?

I have an unpopular relationship with drag, in that I love being Trixie on stage – telling my jokes, playing my songs, wearing my costumes – but, out of drag…

RuPaul always says that she is an introvert who masquerades as an extrovert, and that is how I feel too.

But it can be hard, because you don’t get to see your boyfriend, your home, or your bed.

But I am deeply, deeply committed, so all the sacrifices I make for touring are absolutely worth it. When I am getting up to go to the airport every morning before 6am, it doesn’t always feel worth it – but big picture, of course it is.

I just think it is healthy to complain about your job, and everyone should do it. I love being Trixie, but some days I feel like complaining about the ride, or putting on a corset, or being hugged by strangers. 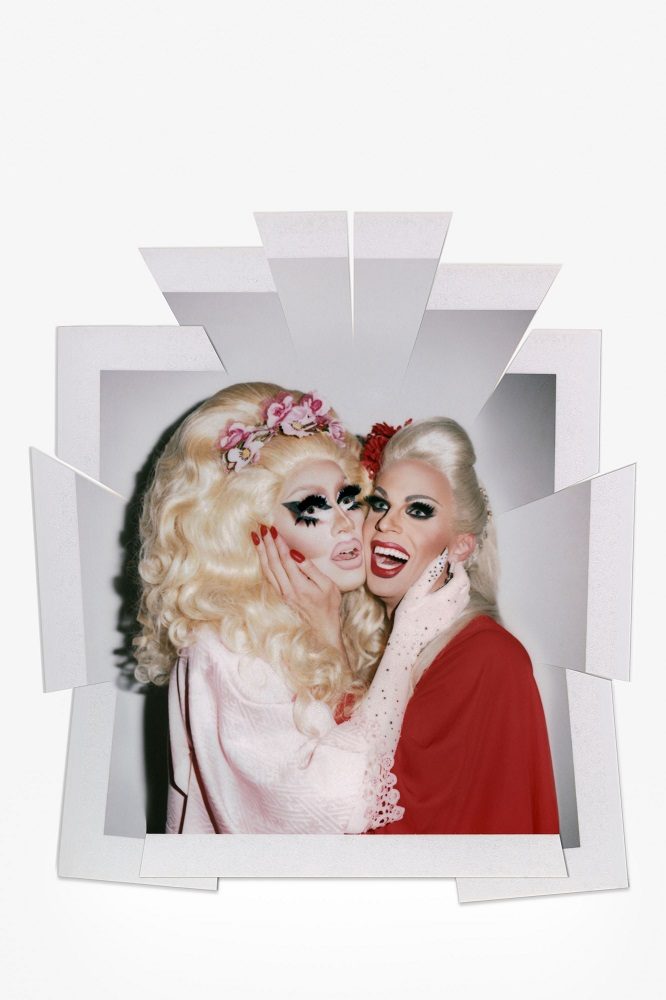 Now as well as being an international drag queen and musician, you also have your own show with Katya on VICELAND. How did the Trixie and Katya Show come about?

Well, Katya and I did an episode of a very popular World of Wonder show called Fashion Photo Review, and the response was so good that I approached World of Wonder about doing a YouTube series.

So, from there, we built this YouTube series called UNHhhh, which is us addressing different topics in our own comedic, offbeat way. The show is really about spending time with our friendship, but we also get to tackle different ideas and concepts.

About forty episodes in, World of Wonder was like “We think this could be a TV show”. Katya and I were like *sarcastically* “Yeah… Ok”.

I don’t really celebrate until something is actually happening, because I think the world is a mess and nothing good is ever going to happen to me.

But then when it actually got picked up, VICELAND were just so in love with it. They loved the concept, and the episodes on YouTube.

We couldn’t believe it. I know it is very trendy to be like “I always knew I would be on TV” … well, I fucking didn’t.

I love Drag Race and All Stars, but I am so proud of having a TV show of my own. It is fun being a small piece of the Drag Race puzzle, but with the Trixie and Katya Show, we get to feel so proud of what we have done.

There have been over 100 queens come through Drag Race, and though there has been spinoff YouTube channels, you and Katya are the first queens to have their own breakout TV show. What do you think it is about you two that has allowed you to be these breakout stars?

I think I am a little more dry and realistic – even though I look so produced, painted and insane.

I think that relationship that we have is key. Our friendship on screen is so thick, obvious and real, that the viewer just feels like they are chilling out with their two friends. I think people who watch it feel like they know us – they feel like they are in the room with us. That is a very fun feeling to have from your couch.

I think it is very clear when you watch the YouTube series that there was no marketing plan, there was no end-game. We were just trying to have a good time, and that is fun to watch.

One last question: You are a contestant of Drag Race All Stars 3 that is airing right now, and one of the themes of All Stars is that the queens often have something to prove that they didn’t get to in their original season. But, you’ve had some much success since your season - so I am curious what it was that you wanted to get out of being in All Stars 3?

For a lot of people All Stars is about a second chance or trying to fix something. For me, it was more about wanting to have an experience that was a little more reflective of the success I have found outside of Drag Race.

The first time I was on Drag Race, I lost twice and never won a challenge. This time, I wanted to come back and do a little better. Plus, I have enough pride now, that this time I didn’t feel scared – I thought “If I lose, so what?” I am living proof that even if you lose, it doesn’t mean anything.

That’s awesome. Well thanks so much for speaking, with me Trixie – was there anything you wanted to add?

Well, if you liked my first album Two Birds, then look out for my second album One Stone, which is coming out March 16. Get it? Two Birds… One stone…

Any chance you’ll tour the album or your drag act to New Zealand?

I’d love to come. I’m waiting for someone to call me and say “Hey, we’ve got a bunch of money, come over here and perform”.

That is a promise.

But… I have promised that money to a lot of people, for a lot of different things… so we will see if I actually follow through with that.