Can the camp be saved? 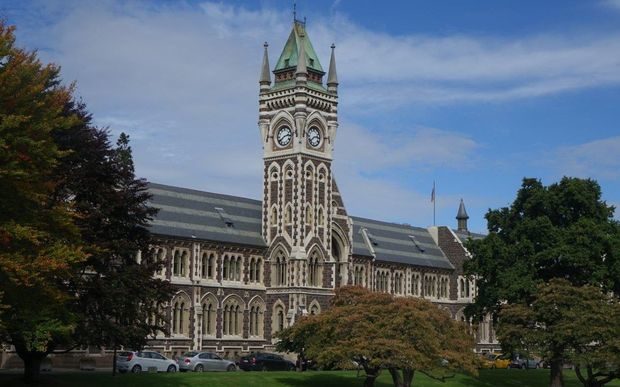 An Otago student has started a campaign to save a controversial camp for second-year law students.

The student-organised camp has been the subject of allegations of inappropriate behaviour and peer pressure during its 10-year run, and was yesterday scrapped by the university.

Second-year student Mhairi Mackenzie Everitt has now started a petition to have the camp reinstated.

At the time of writing it had surpassed its goal of 500 signatures.

The camp was criticised by former students last week who described excessive drinking, nudity and jelly-wrestling.

More importantly, they described a culture of peer pressure from both older students and staff, overseen by the dean of the school.

Mackenzie Everitt told The Wireless some of the allegations shocked her and her fellow second-years, who were planning on attending the camp this weekend.

“The allegations against staff members were what were particularly concerning. It has been hard to come to terms with that, without knowing exactly what has happened,” she said.

The camp was intended to be a bonding experience for second-years, and a reward for making the cut.

Mackenzie Everitt said the law students she knows have all been “incredibly frustrated” with the media coverage of the story.

“One of the points that has angered us second-years the most is the media’s continual obsession with sensationalised stories of debauchery at Otago.”

She said the camp may have been flawed, but its purpose was genuine.

“We’re going to see the same 200-odd people in the same classes every day for the next four or five years,” she said.

“All of us were just looking forward to meeting everyone. It’s difficult to meet people in lectures and tutorials.”

Two complaints from parents of Otago law students were received last year, yet Mackenzie Everitt said she has never heard a bad word said about the camp.

“I have heard it can get a little crazy and there’s drinking and partying, but not once in a million years have I been led to believe I would be participating in something I wasn’t comfortable with,” she said.

“The idea of jelly wrestling didn’t shock me at all, and it’s not stripping that concerns me. If people want to strip, that’s not my issue. It was the bit where people said they felt like they needed to.”

If that was the case, she said suitable protection needed to be put in place.

“But there are so many strong women that this idea we can’t speak up for ourselves and the camp needs to be closed for our own good is ridiculous.”

The Society of Otago University Law Students (SOULS), which organises the camp, met with Otago University faculty and suggested ways of making the camp more suitable and safe, but were rejected.

“I believe that would have been the perfect outcome,” said Mackenzie Everitt.

Yet she said she almost changed her mind about starting the petition.

“There are some very serious allegations being made in the legal profession right now and I don’t want to undermine them - because speaking out is hugely important to me - but I don’t think this is directly linked to law camp.”

The debate comes in the wake of law firm Russell McVeagh, which provides legal services to the Government, being criticised after serious allegations of sexual misconduct were levelled at two senior lawyers at its Wellington office.

The full details of those allegations have been kept private, yet wider problems of a misogynistic culture within the law industry have since been exposed.

“We’ve all been following the Russell McVeagh story closely and have been absolutely disgusted by it and quite angry at the fact that these sexual allegations have been made by people in positions that we were looking forward to being in,” said Mackenzie Everitt.

“This is a part of our professional journey and it is scary.”