'The art of drag kings is just as transformative, artistic and entertaining as drag queens. Absolutely. But often that is not respected or recognised.' 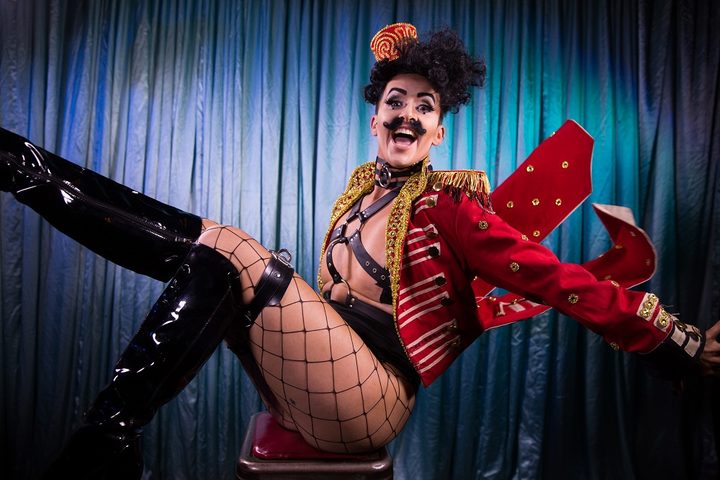 In 2010, Jools and Lynda Topp - better known as the Topp Twins - were invited to MC a male-only duck shooting event in rural Southland as their renowned male impersonation characters, Ken and Ken.

“There are 600 blokes who go that event, and who do they get to perform for them?

“They get the lesbians who dress up as men,” Lynda says with her signature throaty laugh.

“When we arrive at events like that, we always have a big smile on our faces. We can’t help thinking that anywhere else in the world we would have been killed for trying to do that.”

In the 1990s, the Topp Twins’ drag king characters Ken and Ken introduced the wider New Zealand public to drag culture. In doing so, they engendered a new wave of pro-gay sentiment.

But while drag queen culture has recently seen an explosion in of both participants and audience size, the kings have not enjoyed the same level of cultural permeation.

You might assume this is because drag kings are a relatively new sub-category of drag. But kings have as much of a historical foundation as queens do; an example of this is Vesta Tilley, a prominent drag king performer in Victorian-era England. Into the 20th Century, performers like Marlene Dietrich presented female cross-dressing in cinema and on an international stage.

Today, many kings believe they have been both intentionally and unintentionally sidelined by the same misogyny that affects women in all aspects of our society. But in the new wave of drag - post-RuPaul’s Drag Race – a growing number of New Zealand drag kings are fiercely working for equality in the scene, even in the face of continued hurdles. 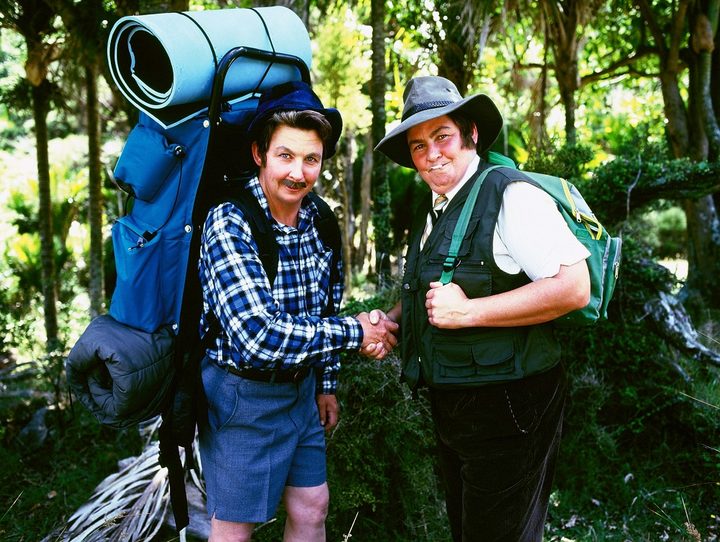 One thing that almost all New Zealand drag kings share, is a burning admiration and love for the Topp Twins – both as lesbian advocates, and as pioneers of the drag king form in Aotearoa.

The Topp Twins have had an incalculably profound effect on the acceptance of gay people here, having been performing as openly gay women to some of this country’s most conservative regions since 1981 - when it was illegal to even be gay.

Lynda says the characters of Ken and Ken have played a large role in their acceptance by the wider public, and has allowed them to connect with rural men in particular.

“It was subversive, because a lot of people didn’t even register that we could be drag kings – they just saw Ken and Ken.”

She says they created the characters in order to better connect with these rural men and they didn’t even know about drag king culture at the time.

“We were making an episode of our TV show at the Golden Shears. The men there were a rural, kind of shy, type. We needed to connect with them, interview them and have a chat.

“We tried as Camp Mother and Camp Leader, but they were too shy to talk to us. We needed to come up with a character these boys could connect with,” Lynda says.

“In that sense, we created Ken and Ken in order to talk to real blokes.” 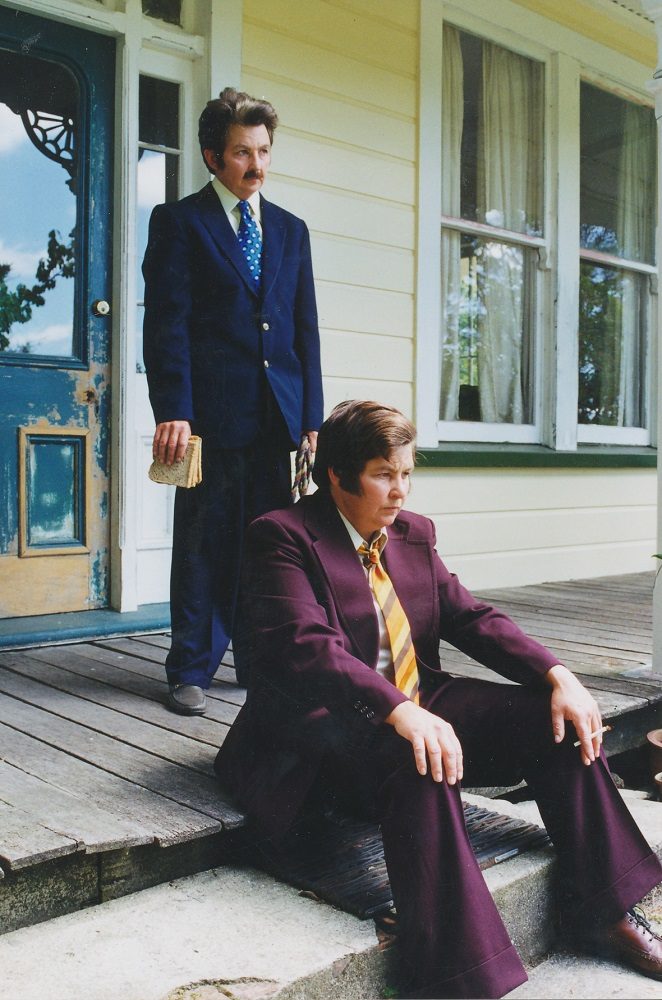 Ken and Ken on the deck Photo: supplied

As the twins began touring the world with Ken and Ken, they became associated with the drag king culture and were introduced to some of the most talented international drag king acts. Consequently, Lynda and Jools became more aware of the drag king scene in New Zealand, and would see drag king and queen acts at the clubs in Wellington.

But despite their success, Lynda says even then, there was a cultural idea in metropolitan areas that it was ok for boys to dress up as girls, but not for girls to dress as boys.

She remembers instances in the 1980s where gay women were kicked out of bars in Auckland for wearing more than three articles of clothing considered by the management to be ‘men’s clothes’ – in some cases they were even arrested or assaulted.

Though the Topp Twins live in the countryside and don’t have as much chance as they would like to engage with the drag king scene, they have kept up with its progress. Lynda says she has noticed how much harder it is these days to perform as a drag king, as opposed to a queen.

“Drag queens are famous, but there are not too many famous drag kings at this point. Hopefully, one day soon that will change.

“There is this amazing new generation of people who are strong and proud about who they are, and very committed to say ‘this is who I am!’

“That is amazing. If we have been any little part of that then we would be really happy.” 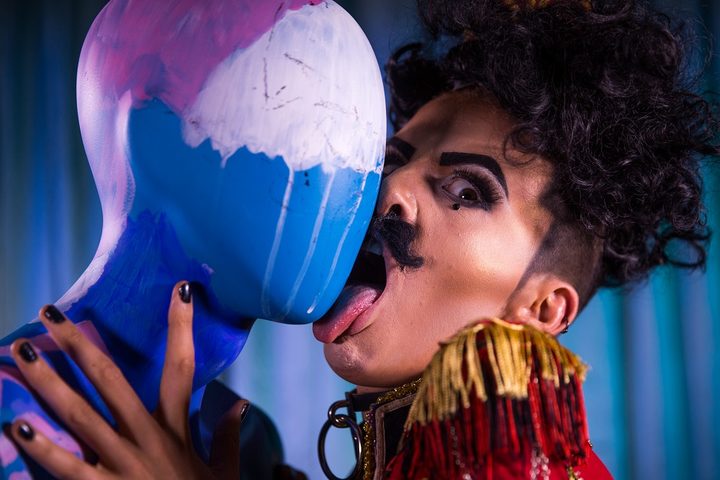 The fight for drag equality

At the forefront of this new wave of drag kings is Hugo Grrrl, a full-time drag and cabaret producer based in Wellington, and NZ’s reigning drag king – having won the King of Kings drag competition last year.

Hugo is set to be the reigning drag king for another year, as King of Kings has been postponed in 2018, due to a lack of support and active kings.

This is yet another hurdle for the drag king community. But New Zealand kings are determined to overcome these challenges and attain better equality within the scene. Hugo is at head of this charge and is bolstering kings at every opportunity.

When discussing why queens have become so culturally recognised and kings have not, Hugo says the answer is simple – misogyny.

“In America [the cradle of drag culture], their system of how you make it as a professional drag performer is that a venue hires you. When those venues are run by gay men, often the art of women cross-dressing is ignored.”

As such, queens have been given more opportunities to hone their craft, get more stage time, and inspire new queens through that visibility. This cycle over the past half a century has cemented queens in a powerful position in the performance space, and now shows such as RuPaul’s Drag Race are further bolstering drag queen culture.

Hugo says kings have been side-lined in this process.

“The thing that pisses me off, is why wouldn’t you drag your brothers up with you?

“Let’s be clear – the art of drag kings is just as transformative, artistic and entertaining as drag queens. Absolutely. But often that is not respected or recognised.”

New Zealand king culture has also suffered under this structure, as without kings being hired to perform, there has been no visibility. And, as Hugo puts it, “you can’t be, what you can’t see.”

Fortunately, a few kings have broken into the scene in the past decade, and in the past 18 months there has been a surge of “young, weird, enthusiastic and talented women” becoming kings.

This explosion is partly due to the hard work of working kings and producers such as Hugo, and partly due to the emergence of a new wave of queens who see drag as being for anyone and everyone and as such, have made the scene much more accessible.

This is a perspective which stands in contrast to the old school of thought, in which drag was seen by some, as strictly for cis, gay men. 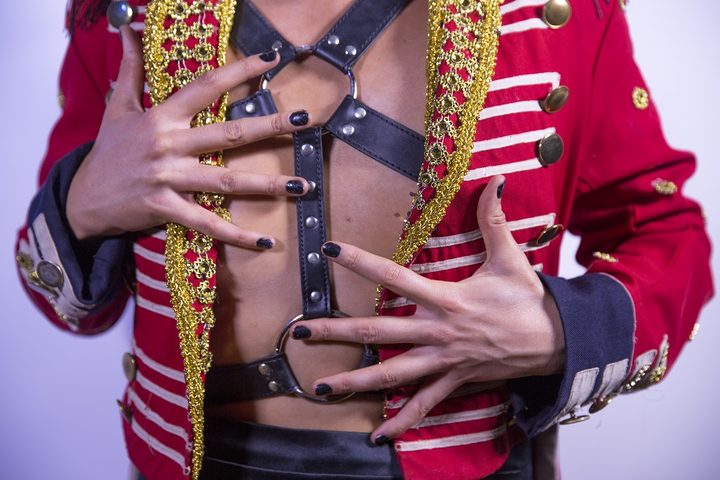 Visibility and inspiration for new kings is crucial, because another hurdle drag kings face is that women often aren’t independently inclined to want to emulate men. As Hugo puts it, “masculinity is something that deserves to be made fun of.

“I think one of the reasons drag kings struggle is that masculinity is often so boring – whereas female tropes are so easy to blow out of proportion and have fun with.”

There is a discussion in the drag community around what the goal of cross dressing is – is it a celebration of the opposite gender? Is it a parody of it? Or is it a deconstruction of the very concept of gender? The answer to that question is different for every performer.

Because of toxic masculinity, this is a discussion made even more difficult in the drag king community.

“Often drag king culture takes another direction and either becomes more muted and gender illusionary, or it goes the other way and people perform as camp, glittery, gender-queer monsters.”

Hugo says some drag kings ignore these gender complexities and instead focus on the aesthetic challenge of making themselves look like a man – a transformation which involves some difficult, and often painful techniques.

Like drag queens, kings heavily use makeup to create their gender illusions – using contouring techniques to create Adam's apples, pecs and six-packs, as well as painting their faces to look more masculine.

The equivalent of a queen’s tuck, is the pack for a king - essentially stuffing your underwear to simulate male genitals. In the same way queens have to conceal their genitals through taping, kings need to tape down their breasts – a process which Hugo says is not only uncomfortable, but quite often dangerous.

“You grab a tit, and you yank it up and over as far as it can go, then you strap it down with strips of tape onto your back.”

“If the tape isn’t perfectly flat, or if you drag upwards and create a bubble where the skin puckered underneath it, you will get real mean blisters. If you go too high with the tape, you get cuts.”

Hugo says he often gets comments dismissing the physical challenge of being a drag king, with queens telling him that he has ‘no idea what drag queens go through”.

“Well, we tape our nipples into our armpits, so…”

Grrrl is planning workshops throughout 2018 dedicated to the upskilling of NZ drag kings in areas such as MCing, makeup, male movement and costume making. He hopes that by honing the skills of drag kings, they will get more stage time – and in doing so, further cement their growing presence in the NZ drag scene.

“I think it is only going to get stronger because we are clocking stage time. I can’t imagine we are going to go backwards.” 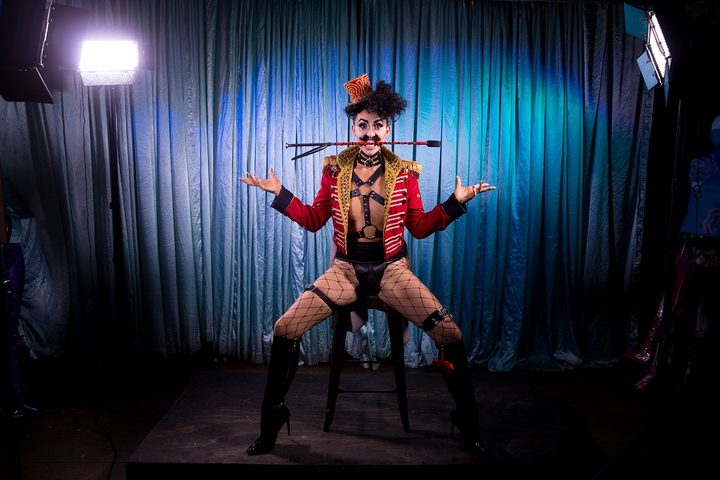