A river is given its own legal identity. 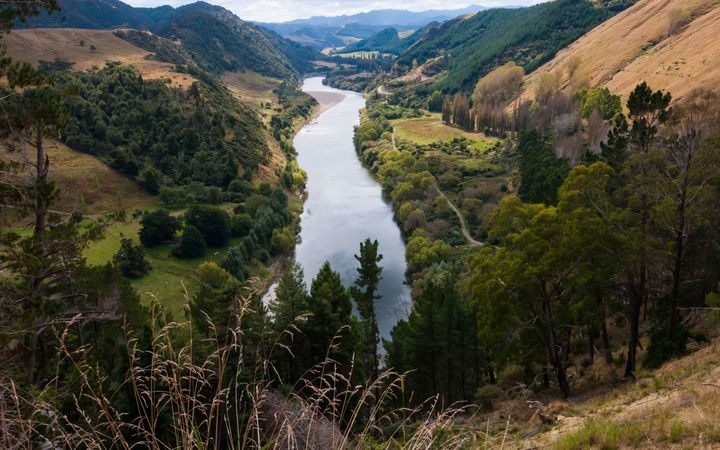 Whanganui iwi have a saying: 'Ko au te awa, ko te awa ko au', which in English translates to: 'I am the river, the river is me.'

In a world first, the New Zealand government has given the Whanganui River its own legal identity with all the corresponding rights, duties and liabilities of a legal person.

The iwi had been fighting for over 160 years to get recognition for their river, he said.

The law will establish a new legal framework for the river, which recognises it as an indivisible and living whole “from the mountains to the sea”.

"I know some people will say it's pretty strange to give a natural resource a legal personality, but it's no stranger than family trusts, or companies, or incorporated societies."

"I know some people will say it's pretty strange to give a natural resource a legal personality, but it's no stranger than family trusts, or companies, or incorporated societies," he told Newshub.

The river will have two jointly-nominated people to speak on its behalf and promote its health and wellbeing.

There will be an agreed historical account and a government apology, protection of customary activities and place name changes, plus financial redress of $80 million and a $1 million contribution towards establishing the legal framework for the river.

"We've always fought for the mana of the river," said the lead negotiator for Whanganui iwi, Gerrard Albert told RNZ.

"We treat the river as a tupuna, as an ancestor, and we needed to find something that would approximate that in law and uphold it. And from there, ensure that people understand it and work with it."

Treaty of Waitangi law expert Dr Carwyn Jones said the law was a way of using the state legal system to reflect the way Maori see their relationships with the land.

“We have a chance to restore Te Awa Tupua to its life-giving essence and, in doing so, to gift back to the Whanganui River iwi their rightful obligations and responsibilities to the river that runs through their veins.”