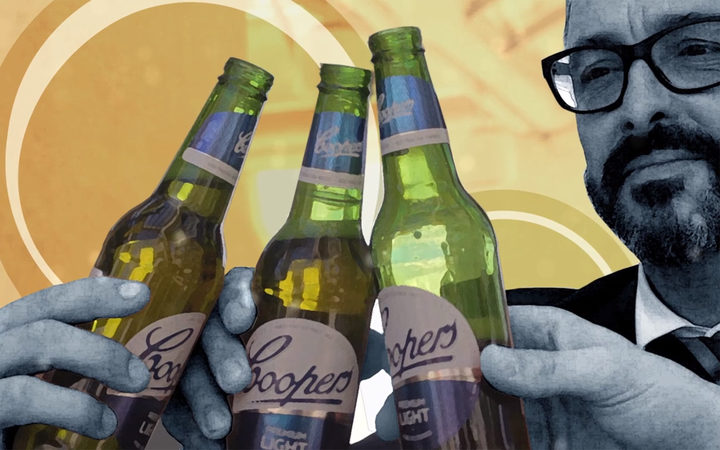 A still from the Bible Society video. Photo: Unknown

At least seven New Zealand bars will no longer stock Coopers beer after the release of a promotional video by the Bible Society about marriage equality.

The Australian brewery partnered with the Christian non-profit for a special release of a premium light beer that featured bible verses on its 10,000 cases. But then the society released a video featuring two Australian MPs debating their opposing views on same-sex marriage while drinking the beer, sparking a boycott by some pubs in Australia.

The video has today been made private so it can't be viewed by the public.

Now The Wine Cellar and Whammy! Bar in Auckland, and five bars run by the company Hospo Gurus in Wellington - Bad Grannies, Vinyl, Eva Beva, The Fat Angel and Ivy - will also join the boycott.

“In light of Coopers’ public support of an openly anti equal rights campaign in Australia, the Wine Cellar will no longer be stocking their products after we sell through the small amount amount stock we have on hand,” the K Road bar said in a statement.

Whammy! Bar co-owner, Tom Anderson, said 50c of every bottle sold from its remaining stock would go to the charitable group No Pride in Prisons.

"This decision is based on our values not aligning with the brand's support of an openly anti equal rights campaign by the Bible Society," he said.

Hospo Gurus owner Greig Wilson said his bars had stocked the beer in the past, “but now there’s a big black cross on them”. “I’m appalled that in 2017 a marketing department can come up with such bad taste. What year are they in?”

“We feel sorry for Australia, that it doesn’t have gay marriage. Hopefully, one day their Prime Minister will admit [the country] is embarrassed.” 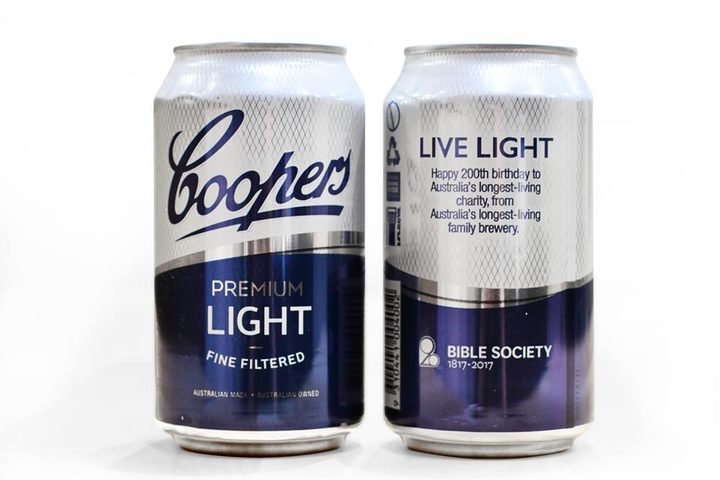 Coopers’ initial response to a growing backlash over the video was to release a statement that said it was “light-hearted and a balanced debate”.

“As a mature community it’s a debate that we need to have but in a good spirited and good natured way,” the brewer said.

“Coopers isn’t trying to push religious messages or change your beliefs by celebrating 200 years of charitable work undertaken by the Bible Society.”

However, yesterday it released a far stronger statement, this time in the form of a video message from its managing director, Tim Cooper.

“On behalf of the Coopers board and senior staff, we are incredibly saddened by the impact our involvement with the Bible Society has had on our valued Coopers drinkers and our extended family,” he said.

He said the company “would never and did not approve the making or release of the Bible Society video debate”.

The Cooper family would like to release the following statement in support of diversity and equality: https://t.co/xODZxwfCMR pic.twitter.com/g3cPMZE3rw

Coopers has also cancelled the special release of its bible verse-sporting light beer.

The Bible Society said “no money has changed hands” with Coopers, and the video showed “it is important for Australians to have respectful conversations about serious issues”.

The New Zealand branch of Focus on the Family, another Christian non-profit, spoke up in support of the video.

“We here at Focus on the Family NZ think that this is actually a REALLY great example of how all discussions about controversial issues should take place - with reason, charity, and respectful dialogue from all parties involved. We need MORE of this, NOT less!” it posted on Facebook.

In Australia, a blogger who said she had “probably drunk 100 times my body weight in Coopers over the course of my adult life” slammed the video in a column for SBS.

“I'm a proud queer woman from the south of the country, and watching the past 24 hours of controversy surrounding my beloved Coopers... well, I'm left completely and utterly heartbroken.

“I feel as though Coopers' political expression and collaboration with the Bible Society do not align with my personal values, but mostly, my queer identity. Queer Australians are still denied the right to marriage in 2017, and the LGBTQIA community has a right to avoid people and companies who vocally contribute to our continual stigmatisation and deny us our societal equality.”