In November we asked for passionately told stories from New Zealand filmmakers across the nation. Here are the seven projects that made the cut 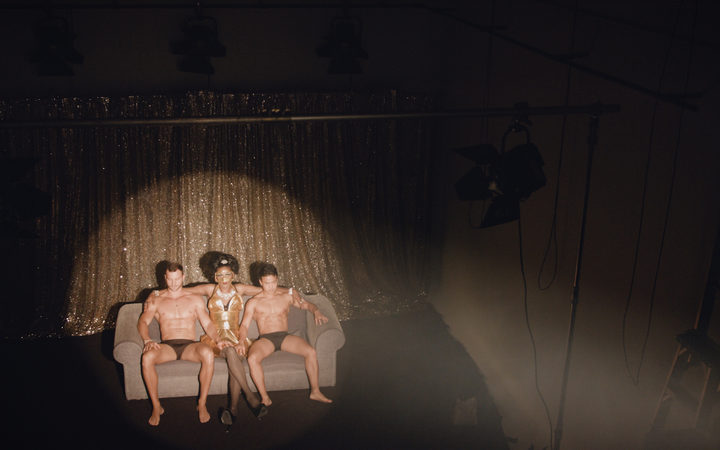 At the end of last year we put out a call for filmmakers around the country to send us their pitches, with the goal of selecting seven to be part of The Wireless Docs made-for-web short documentary films to be released throughout 2017.

With their projects now well underway and the first, Medulla Oblongata, set to debut on April 12, allow us to introduce the seven teams set to be the first generation of Wireless Docs filmmakers.

Maldivian hairdressing student Abraham Naim is better known as his alter ego: the powerful and sassy drag queen Medulla Oblongata , a notable figure in the Auckland LGBTQ scene. But life was not always this way for Abe. Granted refugee status in New Zealand due to the persecution he faced for being gay in the Maldives - where the official religion is Islam - Medulla Oblongata will explore where Abe is now and the life he left behind.

Roberto has been working in theatre, TV and Film since he moved to New Zealand from Brazil 14 years ago. Jonathan is the mastermind of Chillbox Creative, and last year produced the National Winner at the 2016 48H Film Festival for (Time) Travel Centre.

RISE OF THE POLY-VEGAN SOLDIER

Apollo is a Samoan mental health worker and a trained killer. He’s also a vegan activist, challenging cultural and gender stereotypes about diet and lifestyle, and busting the meat = masculinity myth. This is story about a man on a mission to save animals, people, and the planet, all the while breaking the stereotypical vegan mold.

Amy was nominated at the prestigious Jackson Hole Wildlife Film Festival for Best People & Nature Program for her feature-length documentary Soul in the Sea which premiered at the New Zealand International Film Festival in 2013.

There’s a spark that happens whenever a “that time I met (blank)” story is recollected and for Kiwis, isolated from the geographic mainstream, even more so. Stars Crashing Celebrity Aotearoa seeks to tell these stories through a range of diverse voices and make sense of the significance of these encounters in a globalised landscape and post-digital society.

Theodore has recently completed a Bachelor of Fine Arts at the University of Auckland, working in moving image, performance, and writing. In 2015, he completed a 40 minute documentary on David Bowie’s relationship with New Zealand that was screened at The Audio Foundation last year.

Following three queer emerging artists of Pasifika heritage as they embark on a journey of self-discovery, Queer Indigenous will navigate their collaborative practice as the performance art trio know as WITCH BITCH. Exploring identity for urban Pacific LGBT youth, Queer Indigenous seeks to re-author and re-imagine their place within an ever-changing social and cultural digital landscape.

Rituals of Death looks into the cultural reasoning behind Samoan rituals, customs and beliefs of the death and dying processes. Through the lens of one families expected loss, we share a rare human insight into our precious time with loved ones, offering insight into loss, grief and wider Pasifika communities.

Ursula is the director, writer and producer of short documentary The King, for which she won the audience award at the NZIFF for best short, as well as the Inaugural Bright Sunday Emerging Pasifika Director Award at the 2016 Wāiroa Maori Film Festival.

Most of us feel the need to belong somewhere. For Kiwi paramedic Marko Cunningham, his place of belonging is with his Thai family of EMT volunteers in Bangkok. As the only Western EMT in Bangkok, Marko is a Farang (the Thai term for foreigner) but, in the midst of unpredictability and chaos, he has found home, family and belonging through a mutual desire to help people.

Starting her career in 2009, Nan has travelled the world as a journalist and filmmaker and produced her first radio documentary for Radio New Zealand in 2015.

WHEN THE LAND SPEAKS: DEFENDING IHUMĀTAO

When The Land Speaks: Defending Ihumātao will present the story of the three young Māori women who have become leaders of a growing movement to fight the proposed housing development of their ancestral land. The film will follow these rangatahi wahine in the leadership and day-to-day work of the resistance movement they helped to found.

Ben is a journalist and kairangahau (researcher) working for Ngāti Tamaoho. Carl is a videographer and editor working for Greenpeace NZ. Ben and Carl have collaborated previously on a piece for The Wireless, while Ben has also worked as a researcher and interviewer for Waihorotiu, a documentary examining the river that once flowed down Auckland’s Queen Street.