Two things have dominated Sam Shepherd’s life recently - training to be a paramedic and training for his first Thai boxing fight.

He shares his experience of stepping into the ring for the first time and explains how he reconciles what he studies with the sport. 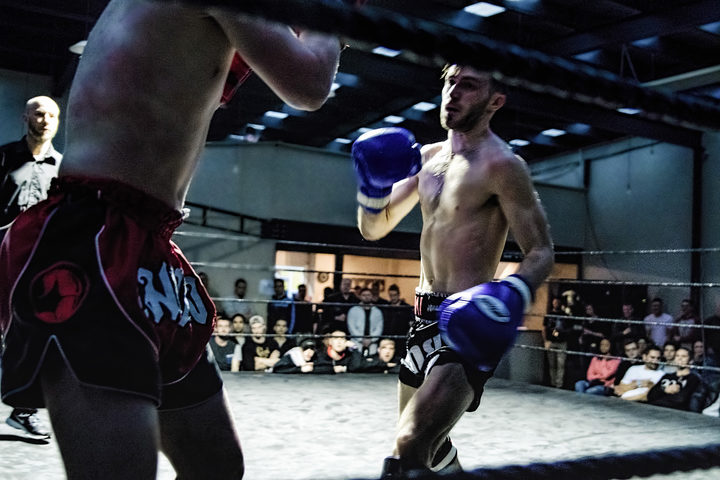 On the drive over to the gym, I was jittery. I’m a naturally excited person. My weight was checked and I didn’t drink any water the night before to make sure I made the cut.

Once that was over it was just a waiting game until the fight began. I ate and drank to rehydrate myself. I knew I needed to stay on top of my nerves, so I visualised what I was going to do once I got in the ring.

The intensity of what was about to happen hit me.

Leading up to this moment I’d only had about two weeks notice to get ready for my first fight. I started training four to five times a week, and I was eating clean, no alcohol, basically chowing down on vegetables and chicken.

Thai boxing is not just physical, it’s a mental mind game with your opponent.

I sized him up before the fight. I saw that he was shorter than me; I was looking at how much confidence he had. I was trying to look at him and trying to make eye contact with him but I couldn’t get his attention.

I was a bit surprised at his age [17], quite a lot younger which could've been a mental advantage for me. But at the same time, I knew that if they were putting him forward to fight at his young age he must be pretty bloody good.

It was all pretty chilled out until the trainers came in, they got me up and stretching in preparation, wrapped up my hands. I had four Thai guys giving me a massage; it was worth doing the fight just for the massage, to be honest. 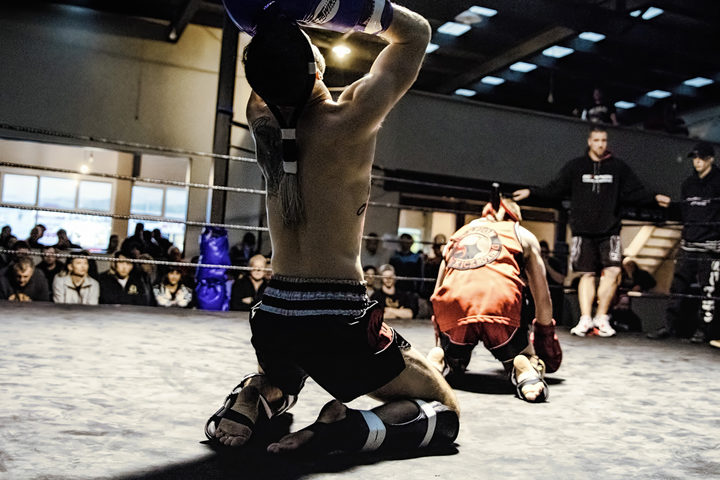 Once the fight starts, the crowd goes away. I know people can blank out in their first fight and lose form and I didn’t want to do that. I had tunnel vision, so all I could see was the person in front of me.

The rounds are only minutes long but you wouldn’t know from watching how many hours of preparation have gone into those few minutes.

The first round went away in seconds. He threw more punches than me. I was hesitant, trying to figure out what he was doing and what my next move would be. For me, I wasn’t fighting him so much as I was fighting myself to keep it together.

Once the round finished my trainer told me to “wait for him to give you an opening, be patient”. I was able to lift my knee up and hit him in the chest. I could tell I hurt him, you can feel it when you land a good move.

My opponent was good, he’d keep his distance and then swoop in and throw punches quickly. He was more of a task than a person. It’s a battle of the mind, not the person in front of you.

Outside of the ring I’m currently training to be a paramedic, which is probably a massive conflict of interest. It feels kind of ridiculous. I spend all day learning about the repercussions of blunt trauma to the head, and then go to training and get hit in the head.

People think fighting is a dumb sport, but it’s not. You have to break people down and pick up people’s patterns. You have to be analytical.

There wasn’t a declared winner, but I put my arms up at the end.  The other guy was a bit too sore, he didn’t put his arms up at all. He did really well though. If I had fought him when I was 17,  he would've beaten the shit out of me. 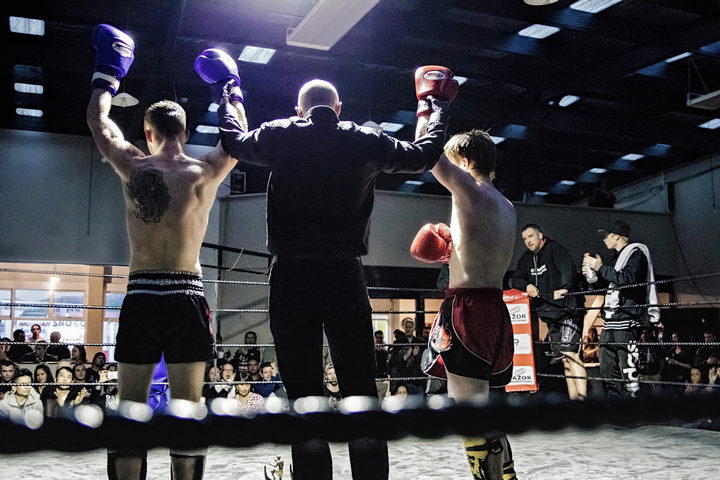 The end of the fight. There was no official winner. Photo: Richard Heaps

*As told to Lucy Smith. Story edited for brevity and clarity.