Conscious is the new album. Conscious is the practice. On the line from their new Los Angeles base, Georgia Nott, one half of pop duo Broods, tells Yadana Saw how she and Caleb stay grounded and sane in what has been a whirlwind year for the Nelson siblings. 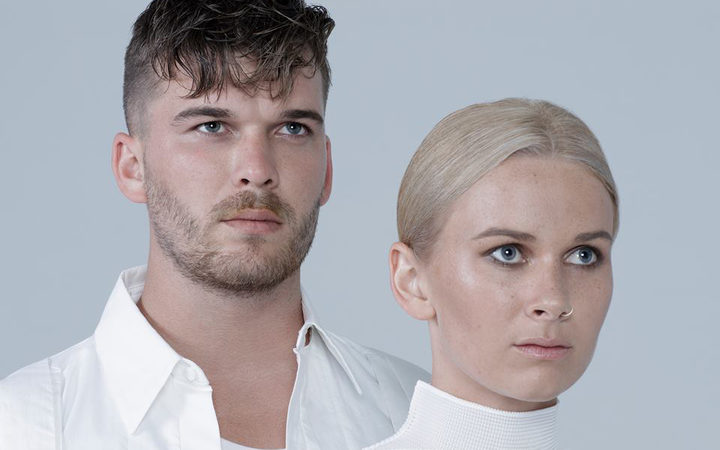 En route to an in-store performance whilst in the middle of tour rehearsal, Georgia Nott and I conveniently time a conversation for the exact length of the drive. I ask her if this is the new normal for someone in pop music ascendancy.

“At the moment, yes. Especially with the album release... but a lot of people who strive to be musicians don't get to be this busy, so we're really lucky to be run off our feet.”

Since they won four Tuis at the 2015 Vodafone New Zealand Music Awards, the duo have been touring Asia and North America, playing support for Ellie Goulding, and collaborating with artists such as YouTube wunderkind Troye Sivan.

It's a hectic lifestyle that saw siblings Caleb and Georgia relocate to Los Angeles earlier this year, allowing them to pursue opportunities such as their recent appearance on The Late, Late Show with James Corden.

In a recent interview with NZ Herald, Caleb explained that this would have never happened if they remained in Auckland, adding that the show's studios were 200m down the road from their LA digs. Their new location also exposed the siblings to the less-attractive aspects of the celebrity-obsessed city, as Georgia explains.

“There are so many people swept up in it... it just seems like it's a normal thing to feel like they deserve more than the average person.”

Steadfast that this is not the direction for Broods as a band or as individuals, Georgia credits the brother-sister bond as the means by which they navigate the fickle and superficial pitfalls of the path they've chosen.

And so Conscious was a deliberate and obvious album name for Caleb and Georgia. I ask whether it was a mantra.

“Definitely. We did want to achieve a consciousness in everything we were doing and everything we plan to do for the rest of our lives.”

The album sees the duo stretching themselves, embracing the more propulsive, bigger sound that has evolved from their stage act.

“Because we tour so much we wanted to create an album that would be awesome to play every night and that would give people something to remember.”

Conscious also sees Broods extending beyond the familiar and growing in confidence, particularly production-wise, whereas last time “we relied on Joel a lot for our first album”.

While Joel Little is still a key musical collaborator as executive producer, they've also penned tracks with Swedish singer-songwriter Tove Lo, Troye Sivan producer Alex Hope, and fellow Joel Little-produced antipodean Lorde. For Georgia, the lyrical content of Conscious is what she is most proud of.

The ability to remain grateful and humbled by Broods' achievements is fundamental, giving her the strength to stay true to her and Caleb's ambitions, she says.

“As soon as it becomes something we think we're entitled to, I don't think we'd be the people we are anymore... it's not the kind of people we want to be, you'd miss out on too much.”

With that, Georgia tells me she's arrived at her destination - and, it seems, perhaps in more ways than one.