When leaving a relationship improves your health. 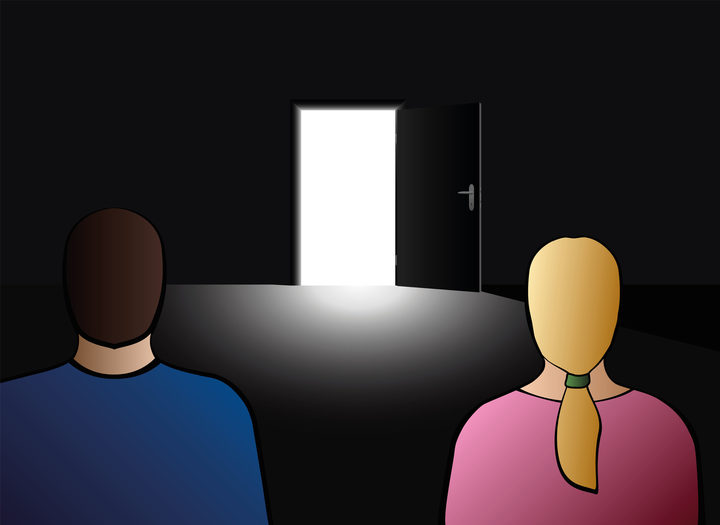 In theory, romantic relationships are just one part of the daily life puzzle. You also have your friends, your career, your family and your iPhone.

But it doesn't really work like that. Relationships loom larger in our psyche than any pie charts chunking up our existence might suggest, and never more so than when the going gets tough. Trudging around with relationship conflict on your shoulders can colour entire days, weeks – even years – casting its murky pallor over everything else in your world.

Including, crucially, your health.

A new study by the University of Buffalo appears to confirm it, concluding that the quicker young people exit low-quality relationships, the better their overall health.

The findings, published recently in the Journal of Family Psychology, are significant partly because they are based on unmarried respondents. Most studies on the link between relationships and health look at married couples only.

"But [non-marital] relationships are still impactful to health, for better or for worse," says the university. This includes both physical and mental wellbeing, such as depressive symptoms and behaviours like alcoholism.

"We took into account satisfaction, partner hostility, questions about criticism, support, kindness, affection and commitment," it continues. "We also asked about how partners behave outside of the relationship. Do they engage in deviant behaviors? Is there general anti-sociality?"

We asked people to tell us about their own experience in a poor-quality relationship, and what happened to their health when they got out.

I was seeing an older guy for a few months in my early 20s. It wasn't destined to become anything serious, but we were on completely different wave lengths in every way save for the physical, so that was fine by me. Basically, we were using each other for sex and company. I'd go his house, we'd drink red wine and smoke a joint, then I'd leave the next morning.

In retrospect, the emotional void that comes with that kind of arrangement made me feel pretty uneasy. I'd only ever known back-to-back meaningful relationships, so no-strings stuff was totally foreign to me. But at the time, on a surface level, I thought it was novel and funny.

Anyway, that deeper anxiety eventually reared its head when I began breaking out in stress hives (a real thing) every single time I was with him, or had just been with him, without fail. All over my arms and up my neck, back and stomach. Red, itchy and swollen.

I'd never had hives before. I didn't even know what they were. But looking back, the underlying tension I felt must have been pumping surplus cortisol around my system. I guess my body was literally like, can you stop? So I did. After a month or two I just stopped replying to his texts. That was years ago now, and I haven't had a single hive since.

I broke up with my long term boyfriend on Facebook, in a letter. The feeling I had before I did it was like walking on eggshells. The thought of staying with him made me unable to breathe deeply – I realised I’d been breathing shallowly for weeks when I was around him, especially in his tiny, claustrophobic apartment.

I think to a certain degree I start to store bad relationships in my body. There’s no way for me to stop the physical manifestations of anxiety: breathing shallowly from my chest [rather than the diaphram], insomnia, and monitoring myself so closely that I end up hypervigilant.

The cause of the shallow breathing and anxiety is actually hard to pin down, so the relief I felt after the break up was a surprise (albeit a familiar one). As I get close to breaking up with someone, there’s a sense that I'm myself again. I stop jumping around for them, I start to talk back, etcetera. Then the break up kind of bounces around inside me – I feel it mostly in my body – surging around until it fades away.

I was so sick when I was with my ex. My UC [ulcerative colitis, an autoimmune disease] was shocking. I was on immunosuppressants, steroids, anti-inflammatories and – drum roll, please – nightly medical enemas, the liquid form of the anti-inflammatories that go up the butt. For months.

I also had searingly painful migraines. I would lose half my vision – the bottom half, so I couldn't do things like look in a handbag, get my keys in the lock, order an Uber, or text for help. And I'd forget names and words, so I'd think I was going crazy and panic.

I remember listening to a podcast once (I think some people have their hearing affected by migraines, but mine was fine) and Bill Clinton was mentioned. I started sobbing because I knew I should know who he was, and I thought I was going crazy. Ugh. I had like six of those migraines in the last few months of our relationship; sometimes two in a week.

My ex was actively destructive of me, emotionally. He dragged me along the whole time, but I felt we were – at least would be, if he could just settle – such a great fit, so I went along with it. We went to counselling and the whole bit. Then one day he finally told me he didn't think he loved me enough, and that statement set me free. He wasn't even breaking up with me, but from that moment we were over. Even through the grieving, I was so relieved to be done.

Since then I've had zero migraines and zero flare ups with the UC. That's four years healthy. And I was fine during pregnancy, too (I was warned the UC could come back). Result.

I didn't dream (as in, sleep dreams) when I was with my ex; it was so strange. I know this because he'd always tell me about his fantastically imaginative dreams every morning, and I'd never be able to recall mine, so I felt boring. And confused, because I used to have very nice dreams.

I think ultimately I felt creatively stifled by my ex. He was the self-assured creative guy who was going places – that was his thing – so I withdrew a bit and slipped into more of a support role. I neglected to think about my needs. I got depressed and felt inadequate, until I snapped and realised how unhappy I was.

After we broke up I went to Europe, and my dreams came back in the biggest way. I even had a really clichéd symbolic one where I was nude but wrapped in this dark cloak, up high on a cliff edge. I was freaking out about falling / dying / the cloak exposing my bits. But then a nice couple came along and asked breezily why I was scared, and said, "Just put your feet here and walk?"

And then I realised it wasn't a scary cliff after all, and the ground was right there.