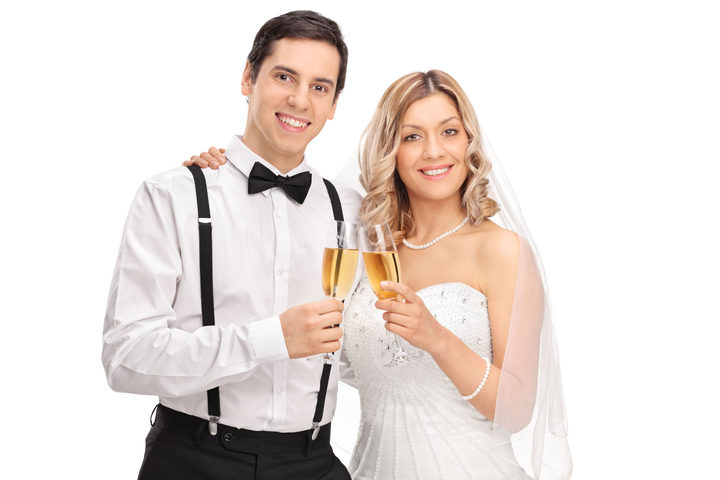 Psychology schools are forever looking for obscure new angles on our romantic relations, poking and prodding young people until patterns emerge from their messy minds. The motivation is somewhat unclear: do they really want to help us merge like a zip, or do they need the academic credits and enjoy the accordion of Google News headlines (and bad science reporting) that follows?

It is a mystery, like love. That doesn’t mean relationship studies can't offer genuine wisdom, though. Don't be so closed off. This is exactly why we split??

All the time you've spent contorting your respective personalities in the name of romantic harmony wasn't exactly a waste of time, and you should definitely keep trucking as long as a crumb of hope remains. But also keep in mind that a shorter, simpler route to feeling it - and each other - is out there / at your local Bunnings.

A new study out of A&M University in Texas confirms it: people are more attracted to their partners when they've "played" with magnets. Which presumably involves making two magnets join as one, then wrenching them apart again, over and over, mirroring the dynamic of the unhealthiest relationship you ever had.

The research is an example of what is called the 'social priming' effect, meaning that when we are 'primed' to think about a certain concept (in this case, magnetic attraction) it then goes on to colour how we think about unrelated topics.

The study involved 120 students aged 18-22, who were asked to play with blocks before answering a series of questions about their sweeties. The outcome was "enhanced perceptions of satisfaction, attraction, and commitment in their romantic relationships."

The research also notes how linguistic conventions ('magentic attraction') affect our "conceptual systems", meaning that something as seemingly innocuous as an idiomatic expression - for instance, 'I was drawn to him' - can guide our perceptions and judgments. This is called 'conceptual metaphor theory', which sounds fancy but actually just proves how incredibly impressionable we all are.

The debate rages on

The Journal of Emerging Adulthood has the latest take on this tired old topic, in a study snippily titled The Relationship Context for Sexual Activity and Its Associations With Romantic Cognitions Among Emerging Adults.

It doesn't really matter what academics ultimately decide regarding the perplexing trend of young people climbing on top of other young people. Fact is, millennials are basically puppets on a string held by Mother Nature, and what she says goes.

But essentially, 185 young people up to five years out of high school filled out some questionnaires for the University of Denver and it was concluded that while sex within a relationship was associated with "positive romantic cognitions, including less avoidant and anxious relational styles, greater romantic life satisfaction, and romantic appeal", frequent casual sexual encounters were aligned with "more negative romantic cognitions, including avoidant styles, lower romantic life satisfaction, and lower romantic appeal."

What shall we take away from this? The staggering probability that that casual sex doesn't provide the same multi-pronged benefits as a meaningful relationship? We should probably continue to research this topic until the end of time, to be sure. And put an age limit on magnets.

Once upon a time, social scientists mostly claimed an equal division of housework lead to less sex and sexual satisfaction within heterosexual relationships. (In the olden days it was believed the washing of a dish would dramatically weaken the penis forever.)

Now it appears they believe the opposite is true, going by the findings of a new study - The Gendered Division of Housework and Couples’ Sexual Relationships: A Reexamination - that examines the sex lives (read: frequency) of three types of heterosexual couples:

- 'Conventional' (the woman does 65 percent or more of the housework)

- 'Egalitarian' (the male partner performs 35-65 percent of the housework)

- 'Counterconventional' (the man performs 65 percent or more of the housework)

The takeaway? Stereotypical gender roles used to do it for people, with “traditionally masculine and feminine behaviors consciously or unconsciously (serving) as turn-ons". Today, however, there is “an eroticism of fairness”. In other words, we all woke up to the fact your anatomy doesn't directly correlate with your suitability as CEO of domestic dirt.

According to this new research, which comes from various universities across the US, egalitarian couples did it approximately 6.8 times per month - 0.5 times more per month than conventional couples and twice more than counterconventional couples. “Feelings of fairness and satisfaction with the division of housework are central to couples’ relationship satisfaction, which is strongly related to sexual intimacy," the study notes. "These results suggest that egalitarianism within couples has become the cultural ideal.”

So lean in, men, to the brave new eroticism of fairness. The vacuum cleaner is over there.