For NZ Music Month, we're asking local musicians to tell us about the New Zealand songs they love the most. Today we hear from Dudley Benson. 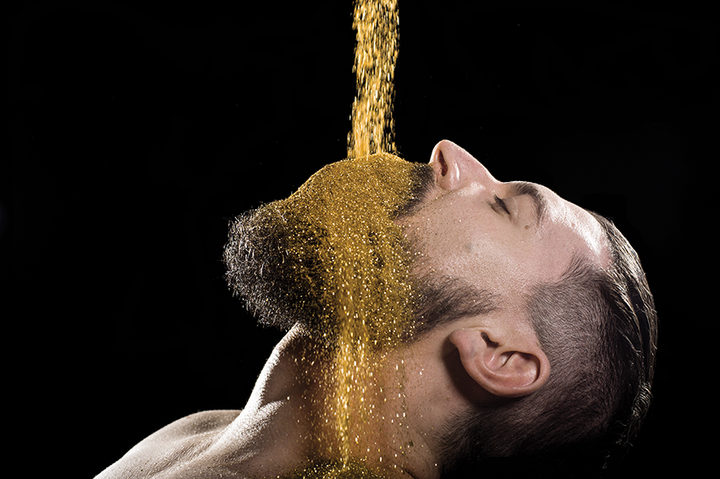 I can’t recall exactly when I first heard this piece by Aotearoa’s pakeha grandad of classical, but it was one of those distinct and reassuringly powerful moments when you feel, despite hearing something for the first time, that you’ve somehow always known it. Allegro Grazioso, the first of four, is a piano solo that takes me immediately to a feeling of watercolour, morning, nostalgia for childhood. Lilburn’s work isn’t generally so blatantly pretty or romantic – and I prefer his electro-acoustic work of the 1960s & '70s to his classical era – but Allegro Grazioso is the exception. It’s delicate and measured, but assured in its brevity – Lilburn doesn’t push the point. I’ve brought this piece into a song on my next record, Zealandia.

Since my time as a student at the Maori Studies department of the University of Auckland, I’ve tried to see everything by filmmaker Barry Barclay (Ngāti Apa). One of his most affecting films is a contribution to a 1987 TVNZ series called Journeys In National Parks. Barclay’s episode focuses on Te Urewera, and ends with footage of schoolchildren (from either Ruatoki, Kokako or Huiarau – it isn’t clear) singing this profoundly moving waiata (head to 04:28 in the NZ On Screen clip). It represents the loss that tangata whenua have suffered since colonisation, the narrator illustrating this idea through searching for his or her voice, which has gone, been taken. And then, that voice is found in the most perfect place…

I tried to contact a few people who might know more about the origin of the waiata, but with no luck. In 2010 I took on some of the kupu and combined them with Hirini Melbourne’s Kiwi, closing my Forest tour shows. And then again for a b-side to the Muscles EP that I put out in 2015, called I Lost My Voice. You might call this pilfering, and in a sense you’d be right, but my intention is to share this incredibly important kaupapa, beauty and sadness with as many New Zealanders as possible

Tex Pistol & Rikki Morris – Nobody Else

Nobody Else is up there with my favourite emotionally over-wrought pop songs, regardless of national origin. The song feels to be part of a canon of Western gated snare hits of the late '80s/early '90s, but stands out because of its intensely focused performance by Rikki, and its melancholic but uplifting earworm of a melody. Also interesting to note that once the song was recorded, it was pitch-shifted ever so slightly up, so Rikki's voice has an ethereal thing going on. On a personal note, I’m particularly defenceless when a man with a beautiful voice seems to need a really long cuddle (if you’re reading this Rikki, my instagram is @dudley_benson - msg me), especially if their chorus is as devastating as this one. I covered Nobody Else for two shows I did at Auckland’s Audio Foundation in 2014, topless, on a stool.

Margaret Urlich – I Don’t Know How To Love Him

This list’s astral twin to Nobody Else, The Jesus Christ Superstar anthem was recorded by the New Zealand cast of 1994, with Margaret Urlich as Mary Magdalene. This might be a stretch to include in a list of song du kiwi, if it weren’t for the fact that as a boy of 11 years old with the soundtrack cassette rarely leaving the car stereo, and the single itself entering a kind of pre-internet ubiquity, I distinctly felt this song as part of our culture. The stage production was touring the country and the purple branding was everywhere; I Don’t Know How To Love Him charted in New Zealand (at #44). It’s Urlich’s performance that does it for me: so sensitive to each lyric, she lets it go wild then tames it back in so easily, it flaws me still, with its echo of When The Cat’s Away. I recently re-connected with the song, performing it acapella as part of my movement work Michael Dies. I swapped out the verbs for ‘fuck’, as in – ‘I don’t know how to fuck him’.

rotor plus – beginning: an empty street

Dunedin-based contemporary solo musician rotor plus is one of our most enigmatic but accomplished producers, arguably with a stronger reputation in other parts of the world than in New Zealand. Their work fascinates me both as a listening experience, and through the long, slow-melt and microscopic process in which it gets made, and I’ve thought a lot about their protocol and approach to sharing their work.

As a live experience, rotor plus’ rare performances have instigated dialogue in the arts community of Dunedin about what a performance actually is, and what conventions can be broken for it to still qualify as a performance. I love this, it’s pretty funny at times, and I’ve learnt to make sure that if rotor plus performs I’m there well early, because there could be only four ‘places’ designated for the show. dust is the final album in a phenomenally presented and detailed trilogy. It's sound-music that can be difficult to describe: slowly-evolving, precisely placed textures and melodies that wrap around each other and then disappear as quietly as they arrived. If you enjoy the first of dust's three pieces, I suggest their website, The Radiophonics Trading Company of New Zealand to explore their catalogue.