Fight for your right to swipe for threesomes. 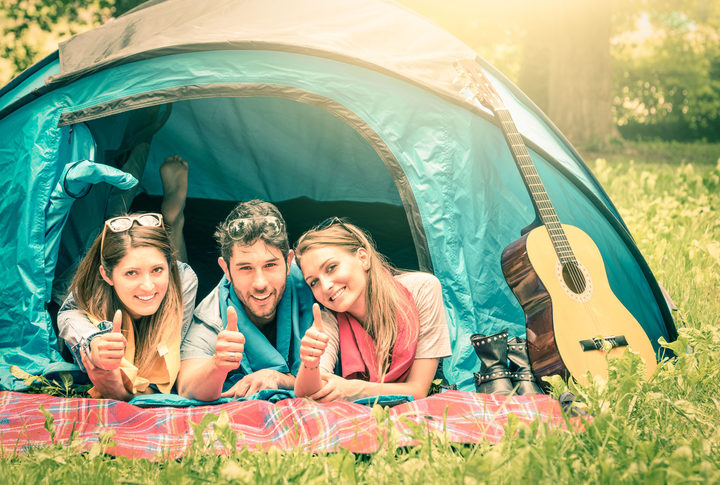 “[We have] been ordered to immediately cease operations by multimillion dollar behemoth Tinder, claiming possible confusion between the two," 3nder's statement reads.

“3nder, confident none of their members would ever confuse the two apps, has formally responded by highlighting their significant differences, including 3nder’s distinct mission, user base and emphasis on beautiful user experiences.”

3nder, says 3nder, is a distinct service because it covers "all 23 sexualities recognised today", and in doing so sits "at the front of a cultural shift" lead by open-minded millennials. In other words, this isn't about two giant corporations having a run-of-the-mill copyright dispute motivated by profit and marketshare. This is about renegade Silicone Valley bros seeding a sex revolution from their iMacs.

3nder is owned by online dating giant Match, itself worth USD$268 million.

Says 3nder's founder, Dimo Trifonov: "There is a robust history of large companies attacking small businesses. 3nder acknowledges the impact Tinder has had on the world by introducing 'swipe dating' but harbours zero ambitions to be similar. We target an audience with completely different needs... No one should have a monopoly on love".

Should you wish to protest the tyranny of Tinder, Trifonov has launched a bizzare campaign titled #TinderSucksMySocks. Simply tweet an image of your socks, add the appealing hashtag, and in doing so somehow become a staunch protector of sexual identity and struggling independents the world over. Here is the thinking behind said campaign, written up by someone who stopped engaging with the English language when they were about six:

"Our founder works 12 hours a day. Now that this fight is happening, he has to work whenever he is not asleep (around 16 hrs daily maybe?). Naturally, he will forget to do his laundry so all his socks (and his girlfriend’s) are dirty. He sent them to Tinder (say Yuck). If you have any compassion for him and our superteam at 3nder who is involved in this nonsense fight. Follow the guide of the fight."