A revolving cast of contributors showcase some of the best new music releases from the past week. 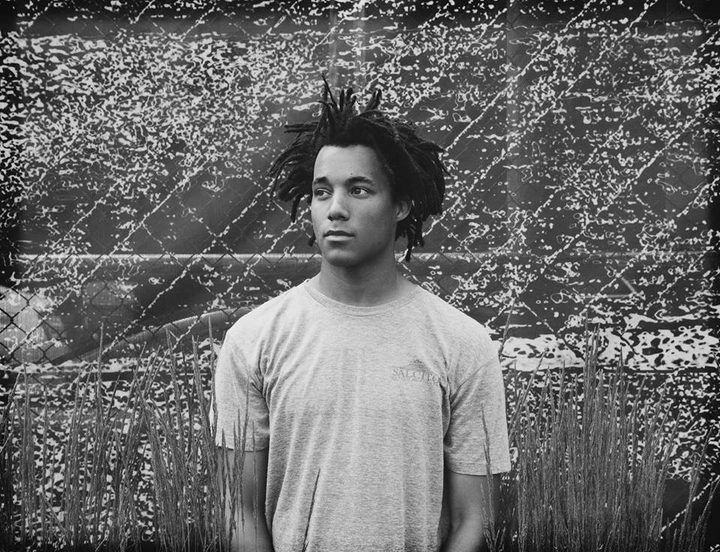 Conner Youngblood’s first EP flew discreetly under the radar, but here’s hoping that 2015 puts an end to that. ‘Diamonds’ is a dreamy, atmospheric joint taken from his forthcoming Generation of Lift EP that sees him taking a slightly different tack. It’s his “attempt to make a really pretty dance song” - more uptempo than his previous work, but no less textured or melancholically-tinged. It opens with sharp kick drum punctured by a dial tone, built up by synth layers into an expansive soundscape with a bit of an ‘80s throwback.

The Dallas-born, Nashville-based Youngblood has been making multi-instrumental electronic-tinged music and quietly releasing it to the world since 2011. The subtle influences of southern gospel and country music (courtesy, no doubt, of his Texas-via-Tennessee upbringing) wind their way through his body of work. He’s equally at home playing a banjo or an MPC.

Where his usual fare is a little more Bon Iver, ‘Diamonds’ echoes Twin Shadow and the midtempo electro-pop that Lorde made so famous. If there was ever a time for Youngblood’s sound to flourish, it’s now. Look out for the Generation Of Lift EP due October 9. – Sarin Moddle

Sister Something – ‘The Gravy’

There is some kind of garage scene going down in New Zealand right now. The Transistors, P.H.F, The Situations, Salad Boys, to name a few. It's weird. Maybe I am just noticing it all at once and maybe it's because a lot of this music is coming from Christchurch. Christchurch is where it's at. It's still broken there and the audiences seem wilder and less neutered than the rest of the country. Nothing as jagged as The Terminals, mind you, but it feels like all these bands are trying toward some common goal - like a Really Good Pop Song, perhaps.

Sister Something is another Christchurch act that feels like they are attempting the Perfect Pop Song thing. This is a more interesting goal than Winning Rock Quest or Getting Signed or whatever. There's less of a reliance on ye old Flying Nun. The songs these bands are writing seem fun and light and with a good understanding of the joy a melody can bring. That's the principal pleasure here, I think - a joy you feel as a listener as the melody unfurls.

It feels about a minute too long though. There's a section in the song which has a country beat that seems to come around too often whereas the strength of the melody is in the fall-away lines and the in-between bits. The guitar's too competent, but nevermind - there is palpable joy to this you can't fake. Even corny joy is better than canned angst. – Eden Bradfield

Despite a playing time of just over 45 minutes, Deafheaven’s latest album New Bermuda requires a long time to take it all in. Choosing a single track to focus on is difficult, more so when the average track time is around nine minutes, but there are a few moments on the album which are natural jumping off points thematically, and ‘Baby Blue’ is one of them.

Here the vocals are the jagged edges that ride above the more symphonic moments of the guitars in the song. They’re like coarse squelches of white noise, not as thin as Jesus and the Mary Chain, or as all-encompassing as the industrial dirge of Pharmokon, but there’s still a similar feeling when hearing the track. The rhythm section is typical for black metal, with plenty of striking mids and clang adding a further ring to the sound. There’s just enough restraint in the intense riff that so that when we reach the apex and subtle conclusion, the brutal transition to the following song makes it that much more satisfying.

The tension and release is excellent, but what sets it apart from other metal is the level of space it has. It’s the perfect blend of introspection and claustrophobia. I’ve heard comparisons to shoegaze, but with that there is a deliberate attempt to haze and obscure, whereas Deafheaven don’t hide anything. It’s true that ‘Baby Blue’ has a cloudy feel, but the sun shining through those clouds are not going to shimmer, they’re simply going to burn them away. – Luke Jacobs

Taking a much-loved song that already clocks in at over four minutes and then adding on an extra three minutes requires some songwriting that goes beyond just bells and whistles. In this cover of Drake’s ‘Hotline Bling’ - which is barely three months old - Erykah Badu has bells, whistles and almost an entire travelling circus up her sleeves.

The song is recognisably the same - the same pitter-patter beat, the same ‘lift muzak’ tones of the original - but a series of well-chosen sound effects push it from next level to, well, even more next level, making it wholly her own in an entirely signature way.

What it really manifests itself as is more sass and less (dare I say it) neediness: she simply isn’t as whiney as Drake. It is a cover with a sense of humour: a ‘ding’ noise sends it cascading into a woozy, dreamy, bridge, with layers of nebula-like Badu vocals.

And then out you come with “late night when you need my love, ooh!”, which has production values like a radio jingle and heralds the hilarious voicemail of the Erykah Badu hotline. Dial 1 for Erykah, 2 to wish her happy holidays, and five other increasingly surreal and hilarious options that have you wanting to mash your palm against the keyboard to have all the options at once.

This is a track that encourages you to have it all, in fact, because that is what it delivers: a breathy, staccato “cell-u-lar-de-vice-at-night” that lifts the song right up; a voice that is at first fragile; a smokiness towards the end - almost a cappella - that brings it back down. A slow jam section; auto-tune; a twee, whimsical electric harpsichord. It is like a list of things you could do with the song, a clever, wonderful, beautiful list.

And at the end, her own clever, wonderful, beautiful voice, mostly alone, with two hands riffing on an electric keyboard, sounding for all the world like the soundtrack to a pink-flamingo-shirt-fifties-cruise dance. It’s entrancing. Sometimes sad. Sassy. I’ll use the word again: quite wonderful. – Natasha Frost

What's your song of the week? Tell us about it in the comments section.