The dilemma of finding affordable rental housing that’s also up to standard. 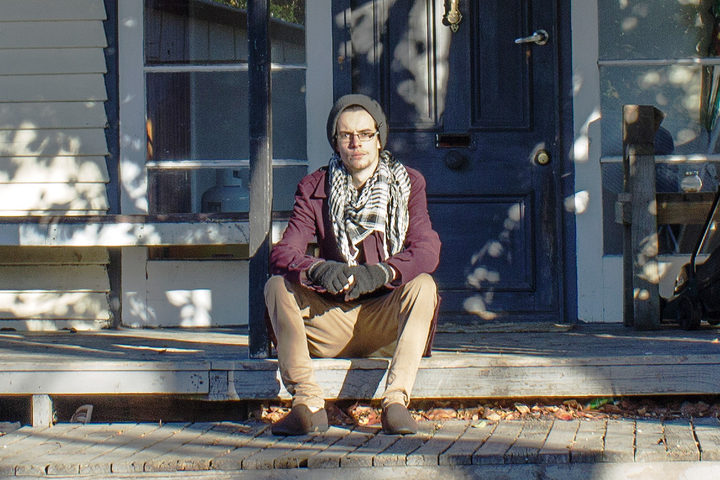 Angus Graves says he settled on a poor quality flat because it hard to find something affordable. Photo: Alexa Cook

When it rains, Angus Graves and his flatmates have to put out pans and bowls in the launch to catch all the drips in the lounge of their earthquake-damaged flat.

“Fortunately the water only runs through one of the rooms which we can’t use - so it’s only one damaged room and not two.”

Two windows are boarded up in that room and there are holes in the walls.

The price the 20-year-old film student and his five flatmates pay each week in rent: $450.

“It’s what we can afford and what we can find. It’s the first house we could find in the price range. Because it's a bit of a mess a lot of people were looking at it and walking straight out again.”

Angus says they got sick of searching for an affordable place to live at the end of last year, and so settled for the poor quality flat and plan on staying put until at least the end of this year.

Of the 1.5 million of the occupied houses and apartments in New Zealand, at the time of the last census, nearly a third of them were rental properties. Out of those 453,135 rentals, less than than 10 per cent are flatting situations of unrelated people living together.

Building and Housing Minister Nick Smith has been trialing a warrant of fitness scheme on 500 houses, with an announcement expected at the end of this month. But the Prime Minister John Key has said the Government would only introduce rental property standards if it didn’t significantly drive rent prices up.

Many tenants don’t feel comfortable speaking up about an issue with their rental property, she says.

“When there is a real shortage of good housing you’ve got to be pretty brave to put up your hand and say this is happening.

“People are worried that the landlord would say ‘oh we’ll fix it up but now you’re a troublesome tenant.’”

Within three weeks of living there we’d be getting woken up to the sounds of rats swimming around in our rubbish bags, chewing holes.

Howden-Chapman and the Housing Minister’s office have both developed warrant of fitness schemes for rental houses.

Howden-Chapman says the death of two-year-old Emma-Lita Bourne is a worst case scenario of the effect poor housing can have on health.

Rental houses should be checked routinely so people don’t have to go through the Tenancy Tribunal which takes a lot of time, effort and trouble, she says.

Adam, 23, doesn’t want to give his last name, but is a biomedical master's student and has been living off a student loan for the past  five years, flatting in a colourful variety of houses.

He says the black mould in one house was so bad it made him sick. “I didn’t realise until I went and stayed home in Whakatane and within two days wasn't sick.

“I felt asthmatic in that flat, the damp air put so much pressure on my chest.”

In another flat they had rats breeding in the bank outside their house which would eat into the rubbish bags.

“Within three weeks of living there we’d be getting woken up to the sounds of rats swimming around in our rubbish bags, chewing holes.”

He would be hanging out in the lounge and within a half hour period there would be mice running across the kitchen and several rustling in the walls.

Some flats were so damp mould would grow on clean dishes in the cupboard, he says.

The standard of rental properties required by law is that landlords “provide and maintain the premises in a reasonable condition”, and “comply with all building, health and safety standards”.

When Adam and his friends moved out from one flat, the landlord charged them for 36 hours of professional cleaning, about $1800.

“It was cleaner than when we’d moved into it. They still took a good three-quarters of our bond for professional cleaning. We didn't have photos of before we moved in.”

He and his flatmates demanded their bond back, but the landlord fought them.

“They kept being like: ‘screw it this is what we’re doing. You can argue it through courts but unless you’ve got decent lawyers and proof you’re not going to do anything cause we do this all the time.’”

Tenancy Tribunal figures show there were 197,672 renters registered with the tribunal between May 2014 and April 2015. The tribunal received 38,199 complaint applications in that time and the majority were from landlords. 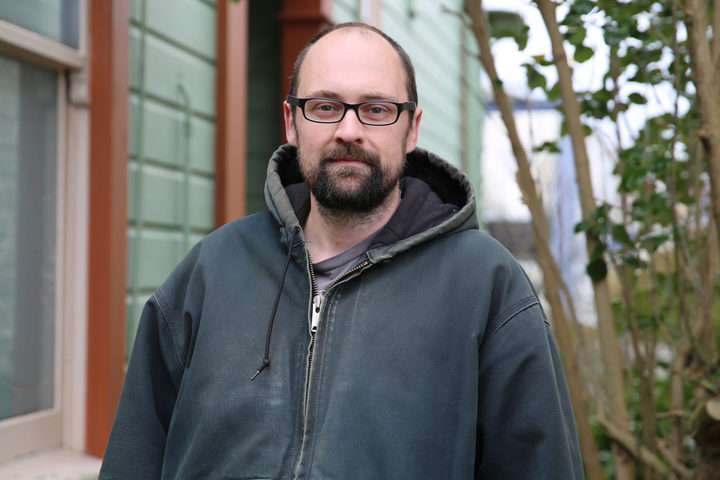 Robert Whitaker says he wanted to do something about rental houses not being up to scratch. Photo: Alexa Cook

“I think it’s just sadly a lot of our rental houses are not up to scratch, so me and some friends decided we wanted to do something about that.”

Robert, who is renting with his wife and two kids, says with all the talk and media around the housing crisis they felt renters didn’t have a voice in the housing conversation.

“The general plan is we are more focussed on campaigning for change for improvement for renters as a whole and not so much about individual advocacy.”

Stephanie Cairns, 26, is a music teacher and has been flatting for the past nine years.

She agrees with Adam, knowing many renters who think landlords are just in it for the money.

“Instead of treating their role as providers of housing they treat it as being investors, and are kind of just expecting these properties they own to magically keep producing money without them having to contribute anything.”

Stephanie says she just wants landlords to recognise that houses they rent are considered home for the people that live there.

“Ideally I would like a landlord that would fix things when we tell them they’re broken, I want a house that doesn't already come with a big long list of stuff needing to be fixed that we have to chase the landlord up about.” 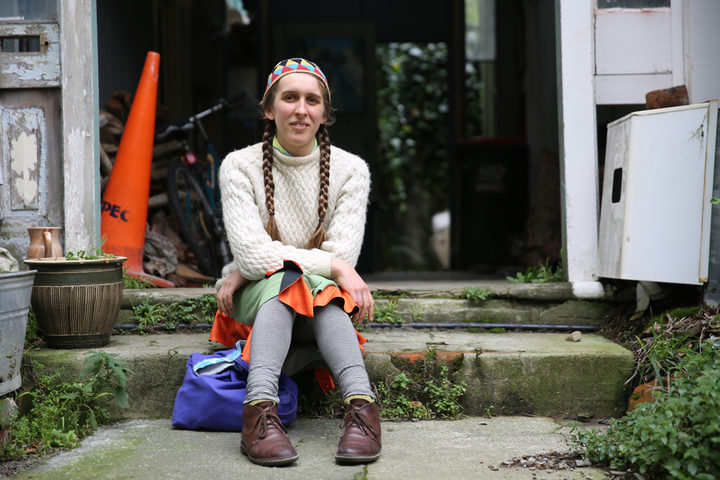 Stephanie Cairns says some landlords expect to not have to contribute anything to the upkeep of homes. Photo: Alexa Cook

A spokesperson for Housing Minister Nick Smith says one issue with the warrant of fitness proposal is that it would make it illegal to tenant a house without insulation.

The spokesperson says officials have estimated that there are thousands of existing homes which wouldn’t be able to be practically insulated because there is no access to their roof or floor cavities.

“Removing thousands of homes from supply would have a huge impact on overcrowding, rents and the already challenging issues over ensuring enough homes are available.”

However, Howden-Chapman says they estimated the cost of a WoF to be a maximum of $500 which be at the landlord's expense, because they’re offering the service.

The Executive Officer of the New Zealand Property Investors Association, Andrew King, agrees that many houses need insulation, but says the WoF isn’t as easy as people think.

He says the problem is that the WoF goes much further than just insulation and heating.

“It would be so expensive to implement and the horrible thing is over time it could expand and actually take properties from the supply of rental properties.”

But Mr King says the legislation and nature of renting shouldn’t be changed because it could create more problems than it’s worth.

However, the Independent Property Managers Association president, Martin Evan, says tenants have issues in New Zealand because the majority of landlords choose to save money and manage the property themselves.

He says many landlords buy properties without considering that a tenant is actually a customer.

“I think a lot of landlords rent their property out and then don’t go near it, they just collect their rent and leave the tenant alone.”

If the housing crisis snowballs then maybe the nature of renting needs to be reconsidered to give both renters and landlords more security in long term rentals, instead of living lease to lease, year to year.