As new RNZ podcast series The Service delves into SIS secrets from the Cold War, *Naomi Arnold* details the decades of tension between capitalist western democracies and communist countries. 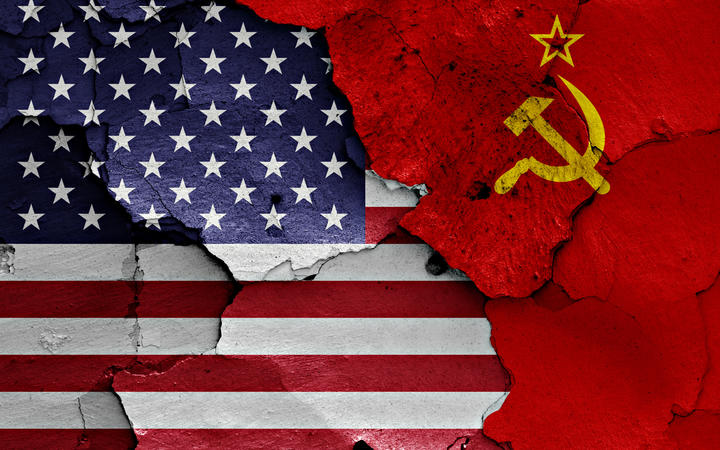 The Cold War casts a long shadow over the second half of the 20th century. From 1945 to 1991, there were decades of tension between capitalist western democracies, led by the United States, and communist countries, notably the Soviet Union, as each struggled for geopolitical dominance after World War II.

Though there was no outright conflict between the superpowers, the Cold War was flavoured with mistrust, propaganda, embargoes, espionage, proxy wars such as Vietnam and Korea, a nuclear arms race, and rivalry in areas like technology and sport, plus a hyper-competitive space race. The literary secret agent James Bond was first conceived against the background of all this; it was fertile ground indeed for spy novels.

New Zealand sided with the western powers, though towards the end of the Cold War, the country's anti-nuclear stance ended its military alliance (overtly, anyway) with the US.

Like most conflicts, the Cold War was rooted in earlier ones: World Wars I and II. Although the Soviet Union and the United States fought on the same Allied side (Britain, France, Russia, and the US) against the Axis (Germany, Italy, and Japan) in WWII, it was a temporary alliance. The Americans had a well-baked hatred of communism, and the Soviets resented the United States' reluctance to acknowledge them as a global power, as well as its delayed entry into WWII, which meant tens of millions of Russians died.

Listen to The Service podcast and read about the series: Click here

The period was also the birth of the Atomic Age, an ominous background for hostility. Both the US and the Soviets toyed with nuclear tests in the years following the war, pouring radioactive waste into the planet's atmosphere.

The Soviets tested their first atom bomb in Kazakhstan in 1949, which came as a shock to the entire world and resulted in President Harry Truman calling for the US to build up its conventional and nuclear weapons to stop the spread of Soviet influence. This included the development of the hydrogen bomb, hundreds of times more powerful than the atomic weapons it dropped on Japan.

The US tested the first hydrogen bomb in the Pacific, vaporising an island; the Soviets responded with their own. On it went, while the nuclear arsenal of other countries began to proliferate as well.

The arms race between the two nations inched the planet close to nuclear devastation, and tensions were exacerbated by the construction of the Berlin Wall in 1961, the Cuban missile crisis the following year, and war in Southeast Asia and Korea. But by the mid-1960s, both superpowers were armed with significant nuclear weaponry, and a stalemate formed. Publicly, the United States followed the policy of mutual assured destruction, or MAD, which would surely be the result of one state attacking the other. (The strategy is a form of Nash equilibrium -the game theory in the Russell Crowe film A Beautiful Mind - in which, once armed, neither side has any incentive to either start a conflict or disarm). The US and USSR engaged in rounds of arms-control talks beginning in 1969. 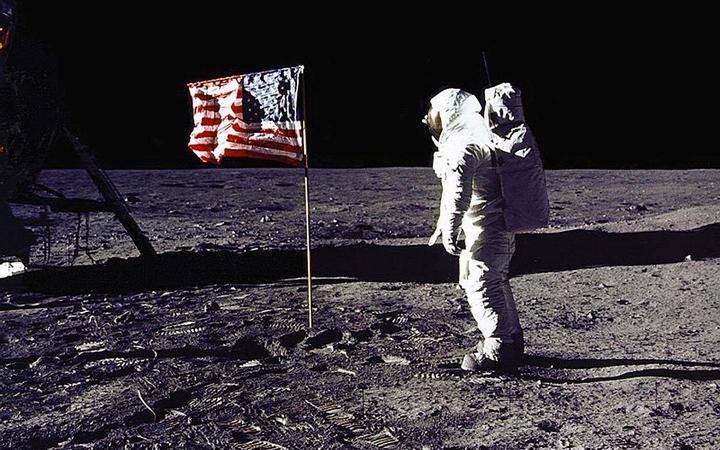 The Cold War ignited a space race that saw the US send men to the moon. Photo: AFP/Nasa

Meanwhile, they were fighting on a different plane: Space. It's thanks to the Cold War that the US got a man on the Moon, and it was pretty much because the Americans wanted to beat the Soviets to it. The Russians had launched Sputnik in 1957, which was the world's first artificial satellite, and which also demonstrated their ability to launch an intercontinental nuclear warhead.

All this encouraged the US government to hurry up with its own space programme, and it launched a satellite and created NASA in 1958. When Apollo 11 landed on the Moon in 1969, it effectively "won" the space race for the Americans.

Around this time, tensions between the nations began to thaw, and space was the scene for a significant moment in improving US-Soviet relations. In 1975, a joint space rescue programme saw the US' craft Apollo 18 rendezvous and dock with the Soviets' Soyuz 19. The two commanders officially greeted each other, shook hands and exchanged gifts when the hatch was opened between the two crafts. For the next two days, the astronauts conducted experiments and shared meals together, a picture of international cooperation.

The thaw lasted until the late 70s, and then relations cooled again when the Soviets invaded Afghanistan. But during the 1980s, a developing relationship between US President Ronald Reagan and the eighth and last Soviet Union leader Mikhail Gorbachev helped ease tensions as both realised the cycle of fear and aggression they were trapped in, and met each other halfway in reconciliation. Reagan was often quoted as saying: "We don't mistrust each other because we're armed; we're armed because we mistrust each other."

The Cold War could be said to have ended for good when the Soviet Union finally dissolved in 1991. But its influence on our global culture, economy, and military has been enormous. Despite involving no direct conflict, it was the one war that could have truly ended civilisation as we know it - and at times, the planet and its people had a narrow escape.