A homeless advocate hopes health authorities listen to those on the front line about the best way to reach at-risk communities for vaccination. 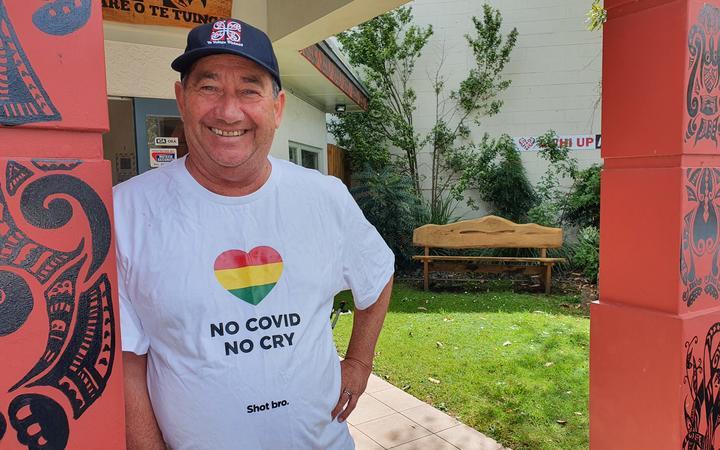 In April, Te Tuinga Whanau Trust's Tommy Kapai Wilson travelled from Tauranga Moana to Wellington to pitch his idea for a 'jab cab' to Ministry of Health officials.

Similar to the Shot Bro buses that rolled out in Tāmaki Makaurau months later, the vans would provide transport to and from a Covid-19 vaccine clinic.

Wilson said the jab cab was aimed at getting reaching marginalised communities such as the homeless and gangs affiliates in Tauranga, along with the 200 at-risk whānau his agency worked with.

He said Dr Ashley Bloomfield and Director-General of Maori Health Dr John Whaanga were keen on the idea, but when it came to getting the vans on the road, support petered out.

While Wilson was disappointed the wheels got turning on the Shot Bro buses in Auckland while his jab cab went nowhere, he said it highlighted the importance of getting on people's level in order to reach them.

"I don't want to be a 'Ngati Whinger'. It's not about what we missed out on, but how can we capitalise on and utilise it going forward for whatever comes our way, whether its a virus, poverty, P..."

At Tauranga Moana homeless men's shelter Takitimu House, time and trust have been key to getting clients fully vaxxed.

Of the 40 men on the shelter's books, nearly all we double jabbed.

Operations manager Annamarie Angus had been working tirelessly to get them on board.

"We've also been going around to all the clients that we've housed over the years and taking them for walk in vaccinations, to make sure that our whole client group and everyone that has come into contact with us has access to vaccines, given we know they are vulnerable," Angus said.

Some clients were hesitant or staunchly against getting vaccinated at first, but she used every opportunity possible to get them on board.

Each client required an individual approach. Angus said that ranged from from showing people videos online of people who had been ill with Covid-19 to involving a cultural worker or kaumatua in the discussion.

In one instance, she spent four hours with someone discussing his concerns before he decided to get the jab.

The Ministry of Health's lead for optimising delivery of the Covid-19 vaccination and immunisation programme, Vince Barry, told RNZ in a statement they had received a huge number of suggestions, along with lots of constructive feedback.

"Even if it hasn't been possible to act on all these ideas, its great to know that people are backing the push to get vaccinations to as many Kiwis as possible."