One of the Gisborne region's largest arts festivals is being used to help boost vaccination rates in the region. 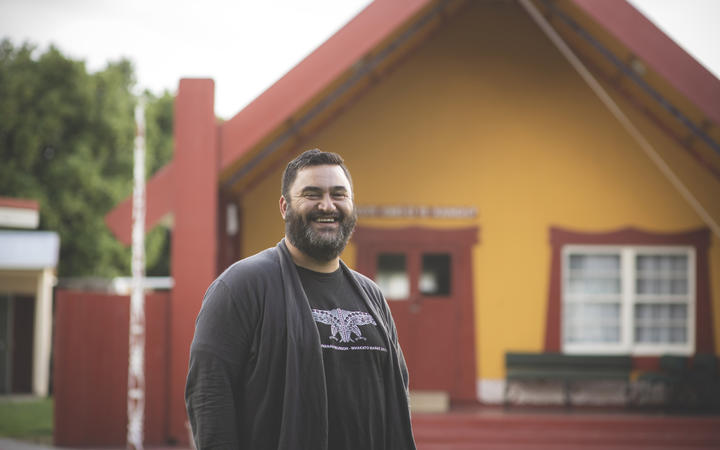 Te Tairāwhiti Arts Festival kicked off last weekend under alert level 2 restrictions, but to the relief of festival goers and organisers, a range of performances and shows have still gone ahead.

The Māori and indigenous-led festival had laid out a kaupapa from the beginning focused on the health and well-being of the community and supporting the array of artistic events on offer.

Festival chief executive Tama Waipara said amid the art and exhibitions organisers created a stringent roadmap to ensure alert level 2 restrictions were being carried out.

They had also been encouraging whānau to get vaccinated.

A vaccine bus had been at events and it proved so popular they ran out of supply, Waipara said.

"They ran out of vaccines. That was run by Hauora Tairāwhiti who have been amazing from the very get go.

"It is a community led kaupapa ... so, you know we're crossing fingers that people will be vaccinated and if we're in an environment dealing with vaccination passports or certificates that we are all up in the play"

Waipara said offering vaccines was a part of a bigger conversation at the event, aimed at protecting whānau and those most vulnerable.

"Our community are hugely receptive and supportive and observing all of the tikanga that we've put in place to keep everyone safe.

"We've had really co-operative visitors, so everyone's coming out masked up, they're scanning in, in our indoor venues we're observing pretty tight measures on capacity, with contact tracing we've used all of our ticketing processes and registration processes to really monitor that and have a good road map on information if we need to"

"There's a real beating heart at home and I guess that's the reason we've been able to go ahead, that and a very rigorous process around health and safety."

The festival itself had also been re-structured to adapt to the changes brought on by the pandemic with local acts and exhibitions being offered during the October season and other national performances due to be held later, in February next year.

Waipara said that was so the broader local context of the festival could be recognised. Dpite being in level 2 it was important that none of the acts missed out on the opportunity to share their work, he said.

"Our major shift was to split the program into parts which were 'Mai Tawhiti' and 'Mai Tata'.

"So kaupapa or shows that were coming in from further afield, 'Mai Tawhiti', we carved off into February and then our local offering, Mai Tata, we've held in October"

Those who had been able to participate in the festival had felt lucky to be a part of an event where whānau could gather and witness art together, Waipara said.

It was an opportunity to celebrate the diverse local talent and atmosphere across the east coast region, he sad.

"What's at the heart of our festival is that it's built from the local arts and creative ecology.

"We're in an odd position of being in level 2 and being really mindful of the difficulty the rest of the country, specifically Auckland, Waikato and Northland are in"

"For us the space we occupy is beyond being an event, we're a kaupapa ... there are the outward facing things we see like shows and artworks but there's all of the work behind the scenes connecting that creative ecology"

The October season of Te Tairāwhiti festival will continue until Sunday 17 October. The February season is expected to return with another collection of acts and events between the 3 February and 13 February 2022.