Taranaki has rolled out "aunties power" as it ramps up efforts to boost the Māori vaccination rate in the province. 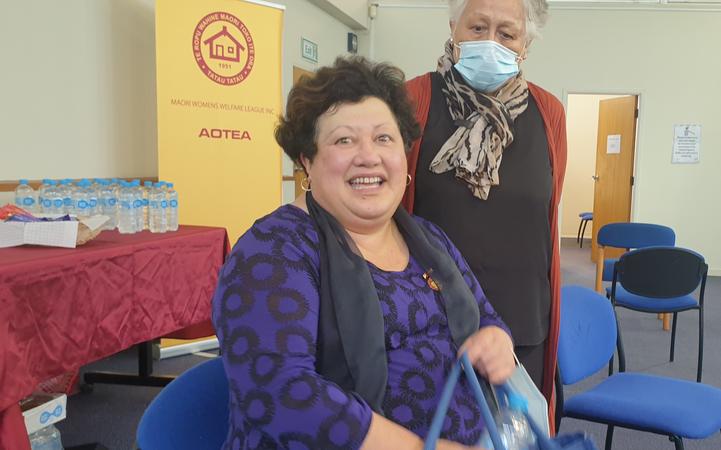 Only about 24 percent of Māori in the region are fully vaccinated while the rate for the general population is just under 40 percent - still the lowest in the country.

The Māori Women's Welfare League took over the Ngāti Rāhiri offices in Waitara today as they joined the war against Covid-19.

Aotea regional president Wiki Michalanney said the league had long championed the power of immunisations and its community connections made it a perfect ally in the battle to get people vaccinated.

Michalanney was not exactly happy with the government's vaccine rollout for Māori.

"We're being an alternative to perhaps a provider, whatever that provider may be, I'm not saying any names, but to give us as big an opportunity as possible for the community to be vaccinated."

Alongside vaccinations the clinic -- which was being run in conjuntion with the Taranaki District Health Board -- was offering informal chats about the vaccine and Covid-19 in general. 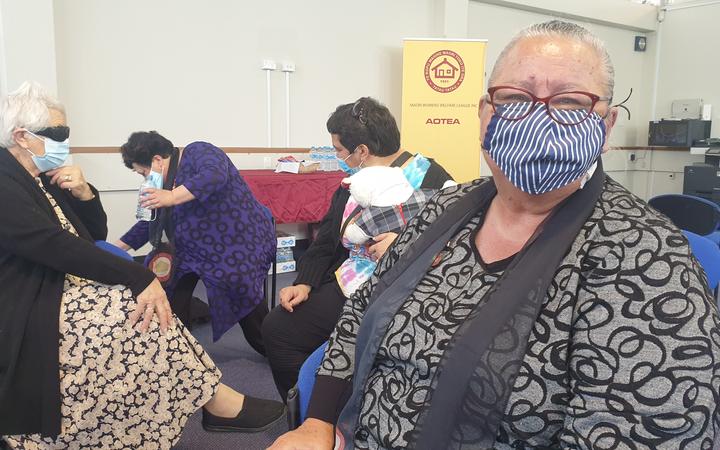 "Our kuia have a way of teasing you into getting it actually in the end. Just, you know, get it boy just get it. You know they just encourage you in a loving way of doing that."

She did not blame the government for the poor vaccination rate for Māori.

"It's on everyone not just you know ... we can't keep blaming the same people for our problems. We've got to be responsible for ourselves. If you've got a problem step up and deal with it so we're finally doing that."

Jaye Bailey brought her niece Jamie Bailey - who lives with a mental illness - in to be vaccinated.

She said the aunties clinic was perfect for them. 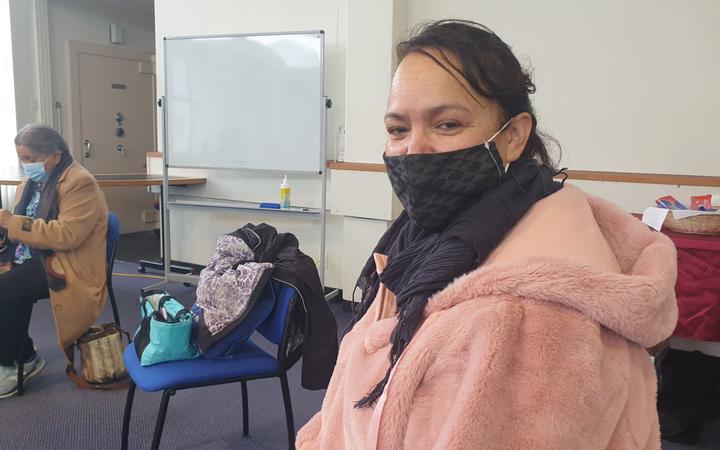 She reckoned the rollout messaging could have been better.

"I've got a lot of friends who are just really anti [the vaccine]. They think it is more about the government telling us what to do. I think we need to change that perspective a little bit because it's been telling us you've got to get it done, so I think they struggle with that a wee bit."

Associate Minister of Health Peeni Henare has also been in Taranaki today talking to Māori health providers, the district health board, public health organisations and GPs.

He said there were a lot of good initiatives happening and he blamed the poor vaccination rate on a lack of coordination between agencies.

"So if the Māori health providers are doing one thing, iwi are doing another and we have great GP clinics like this one doing a different thing as well there needs to be a better coordination to push rates up.

"Ultimately though the onus is on our people to come forward to receive the vaccine and we've got a job to dispel as much disinformation as possible."

Minister Henare said an example of the disconnect was the vast amount of patient data GPs had access to compared to their Māori colleagues.

Meanwhile, he reckoned "aunties power" might just be the secret weapon in the fight against Covid.

"That's exactly right. I mean my grandmother told her entire family 'don't visit me unless you're vaccinated' and I can tell you 58 people rushed out and got vaccinated."

The Waitara clinics will be held on Wednesday and Thursday throughout October.