Māori health services in Auckland are planning to go door-to-door in their efforts to get more people vaccinated against Covid-19. 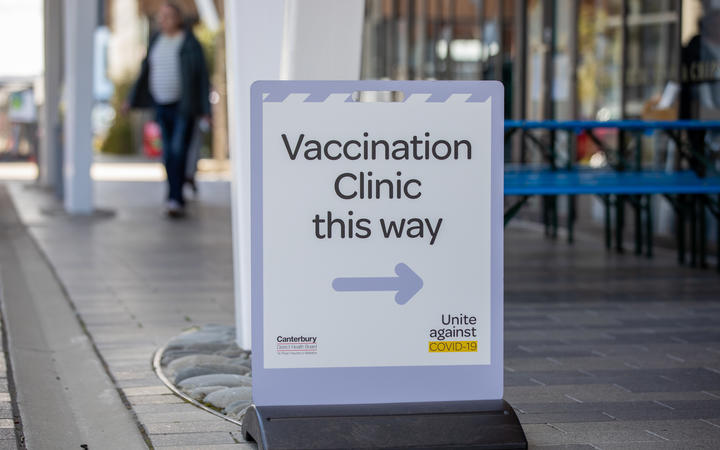 They say there is now an added urgency to get those numbers up, with the government looking at easing restrictions in the coming weeks.

Vaccination rates among Māori are only about two-thirds of those of the general population, but providers across Tāmaki Makaurau say they are working hard to close the gap.

The chief executive of Papakura Marae, Tony Kake, said the flood of people at the start of the city's lockdown had turned into a steady stream of about 250 people a day - although it spiked again when Papakura was named as a suburb of interest last week.

He said the marae had definitely passed its peak.

"We've achieved the bell curve, the median, and now we've got to work the corners and the same old approach isn't going to work," he said. "We're working on that strategy."

It has been a month since anyone over 12 has been eligible for the vaccine, and only 55 percent of Māori have had their first dose.

With the government on Monday announcing a gradual easing of restrictions, health services now find themselves in a race to get that figure up.

The chief executive of Te Whānau o Waipareira Trust, John Tamihere, said organisations like his had been dropped in a difficult position, with Māori on the back foot.

"The whole system was designed without our voice, even though we raised it. We would have rolled out a totally different vaccination programme in our community. We still will, and it will work as long as all these people get out of our way," he said, referring to the government bureaucracy he said had entrenched the vaccine disparity.

"The problem we've got [is] we're walking into a perfect storm and Māori are in a very difficult position."

But Tamihere and Tony Kake said they were determined to get out of that difficult position.

Kake said his organisation was in a new phase. Everyone who was eager to go to the marae to get a vaccine has already done so - now the job is to go out and convince others to get it. That, he said, would be slow going.

Papakura Marae was currently drawing up plans that could see them go door-to-door.

"You know it'll take a little bit of convincing [for people]. We will go out there, we will work with the local industries, we'll work with individual streets, knock on doors and, yeah, just have that conversation with them," Kake said.

Up the road at Manurewa Marae, a similar approach was being planned there, too.

It already has a bus - Shot Cuz - that's been visiting shopping centres and kura.

"We got dropped off a campervan to us last week, so we'll start to mobilise our campervan, a smaller fleet of vehicles going out door-to-door, into the smaller-knit communities," Kemp said.

She said while the marae still has its drive through centre, the main focus now was taking the vaccine to where people are, the many Māori who do not have links to their iwi or any marae.

"What we're seeing - just today - is a lot of first time doses coming through, so that's exciting for us and you know we feel inspired about seeing whānau still come through the doors," she said.

"It's just going out to an environment they're more familiar with."

Kemp said they were now dealing with many people who did not follow the news and who have a deep-seated skepticism of the state and its systems, which she said would take time to overcome.

It could take several conversations before they come forward the vaccine, she said. But they are also up against a wall of disinformation.

"A lot of them actually talk about misinformation, not having the right information, or the messages aren't clear for them. That's what we're getting from whānau when they come in," Kemp said.

In Papakura, Kake said it was all about building trust. He said kai and korero was his magic approach.

"It's about trust, a relationship and confidence in us and allaying any fears. You know, just having a conversation with whānau. That's what we have to have.

"It still might be a no, we might have to go back two, three times. But we're prepared to [do that]."

Both Kake and Kemp said yesterday's alert level announcement is a risk, particularly with Māori vaccination rates so low, but they also said a path out had to be laid down at some point.

They said they hope it will be an incentive for Māori to get vaccinated - and soon.