A Māori-led housing project in Hawke's Bay says the government's state housing agency is not helping out enough in their battle to guarantee shelter. 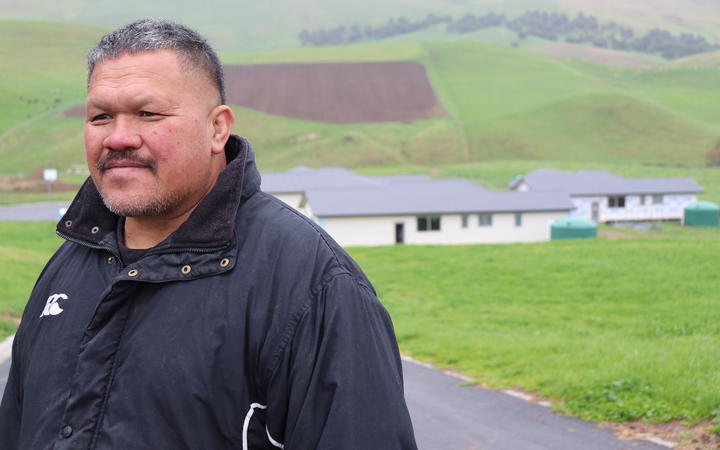 Te Taiwhenua o Tamatea deputy chairman Zack Makoare is building a papākainga in his ancestral land, where there will be eight homes for his whānau. Photo: RNZ / Tom Kitchin

Central Hawke's Bay is fighting the scourge of homelessness as it faces a relatively new problem for the district - not having enough accommodation.

In the hills behind the state highway, leaving Hastings heading south, Zack Makoare is building his dream - eight houses for his whānau.

To get there he was living on site, roughing it.

"So I came from a house in Hastings, in Flaxmere, to where we lived in a beautiful home to now where we're living in a caravan with an awning and a few cabins and no running real hot water."

The final vision was a papakāinga - Māori houses on ancestral land - on the land of his tīpuna.

The first build is three houses among the hills in Te Hauke, near Kahurānaki and Pukehou marae. 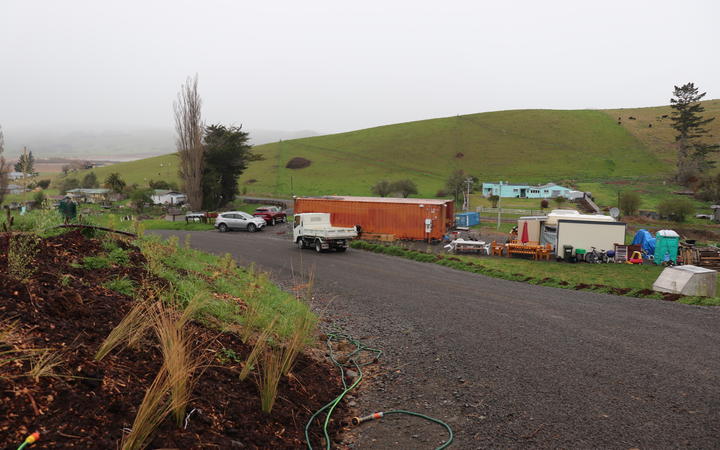 This area, where Makoare currently lives, will be transformed into an amphitheatre as part of the papakāinga. Photo: RNZ / Tom Kitchin

Construction started about 18 months ago and Makoare hoped to get the first people moving in by November.

Makoare is the deputy chair of the local iwi authority - Te Taiwhenua o Tamatea - and its housing spokesperson.

He had support from Te Puni Kōkiri but wanted more input from Kāinga Ora about how social housing could work for tangata whenua.

Building houses for Māori communities was a big change from just phoning up a real estate agent, he said.

"Privately you go and buy a home, might cost you $800,000, but solely it's going to be about how you see your world as an individual. This here's more about a collective approach."

Central Hawke's Bay mayor Alex Walker said the government sold off social housing in years gone by, and that had caused problems. 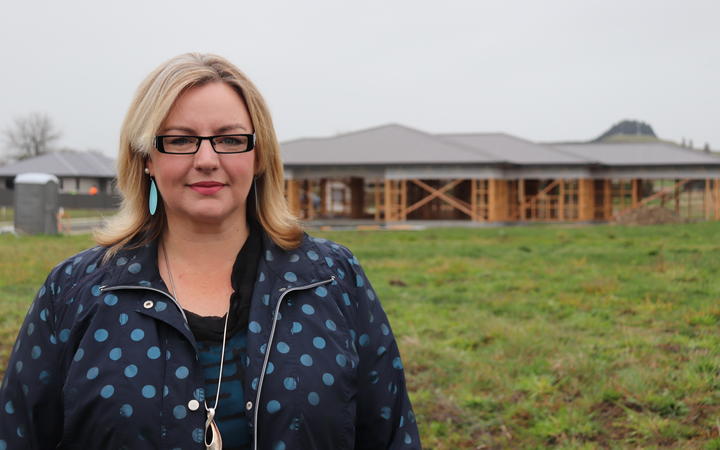 "We have had very little social housing provision in Central Hawke's Bay for a number of years after Housing New Zealand sold the majority of their properties here, which has meant that affordable rentals and social housing have been provided by private landlords."

Landlords had not picked up the slack, she said.

"The environment for private landlords in the current financial environment and the rules they have to meet are really tight and it's meant that we've had a lot of people exiting being landlords and also properties that are then being sold to first home buyers. So we've had significant pressure."

They also had people waiting for social housing.

Records going back five years only showed a smattering of people waiting for a home up until 2018.

But the most recent statistics for Central Hawke's Bay now showed 57 applicants.

That number is slowly going down - it peaked at 69 last December.

"They have purchased a piece of undeveloped land on Porangahau Rd here in Waipukurau, which they are looking at doing a mixed development on, but they have also purchased some houses from a developer."

The council had developed a housing task force, which included representatives from Te Taiwhenua o Tamatea, she said.

The task force would work with Kāinga Ora to ensure developments reflected how the community and tangata whenua wanted to live.

"In our new district plan, we have been very deliberate in providing a really enabling environment for papakāinga to happen in Central Hawke's Bay."

Kāinga Ora confirmed it bought eight two bedroom homes on the town's main street and people should move in to them from next month.

The work on Porangahau Rd will start early to mid 2022.

The housing agency said its work in the region would be complemented by other new builds and purchases by iwi, hapū, community providers and private developers.

In a statement, its regional director for the East North Island, Naomi Whitewood, acknowledged the agency must work closer with whānau in the rohe.

"In the case of Te Taiwhenua o Tamatea, we have met to start exploring potential partnership opportunities in the Central Hawke's Bay area. We all want to ensure whānau; tamariki and mokopuna can be raised in warm, dry homes as part of the wider community. Regarding houses in Central Hawke's Bay that Kāinga Ora is currently purchasing, the development has progressed much faster than expected. This is a good thing. It means eight local whānau can move into a modern, warm dry home next month rather than next year.

"Te Taiwheuna o Tamatea, along with Central Hawke's Bay District Council have been kept advised of this purchase to the best of our ability within the constraints of commercial sensitivities and contractual obligations.

"We are focused on reviewing and making improvements to how we work so that we are responding to the specific to the needs of each rohe within the East North Island region that my role covers."