The future of land considered to be a sacred burial site by Ngāti Awa is the subject of an appeal lodged in the High Court. 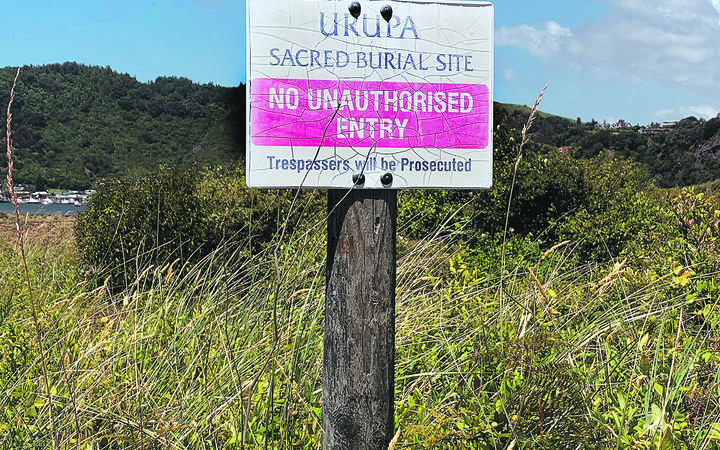 A statement released by the rūnanga last Tuesday said it considered the site at 77 Bunyan Road and the broader areas surrounding it to be "ancestral land of significant cultural value".

It announced that it had lodged an appeal against the 27 July decision in the High Court.

In her report to councillors, accepted at Whakatāne District Council's ordinary meeting last Tuesday, chief executive Steph O'Sullivan said the council had received the Environment Court decision confirming that the Resource Management Act 1991 precluded a right of appeal against the council's decision to grant consent.

"This means that appeals by Te Rūnanga o Ngāti Awa cannot be heard by the Environment Court."

The council announced on 5 August that it was restricting public access to the land due to an increase in damage to the coastal dune and other sensitive areas of the land from a rising number of people, animals and vehicles accessing it. It also installed signs to notify the public that it could no longer access the site. It also said it needed to work with mana whenua, the Bay of Plenty Regional Council and the wider community to protect the peninsula.

"While the council owns the land, it is not a reserve and there is a sale and purchase agreement in place affecting the land. This is a decision that has come over time and follows feedback from a number of parties who have a vested interest in what happens on the block and its surrounds."

Whakatāne Mayor Judy Turner said yesterday the council was encouraging dialogue between the developer and hapū.

"We understand there are some concerns and we are hoping to facilitate discussions between the land owner and local hapu, particularly those from the urupa committee who have had concerns and are not convinced about the boundaries that have been set historically."