Murupara community leader Mem Jenner was leading a war she says was stacked against her. 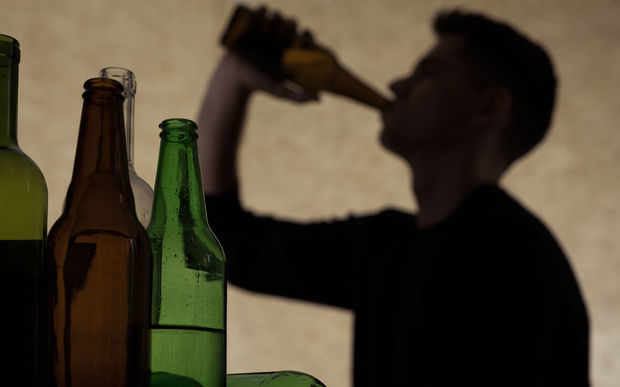 In the Bay of Plenty town nestled amongst the pine trees of Kaingaroa, where 90 percent of the 2000 residents are Māori, Jenner was spearheading a campaign against a proposed third liquor store.

She rallied the community on marches along Murupara's sweeping crescents. She led chants and picket-lines outside the dairy that had applied for the liquor licence. But most dauntingly, she fronted the council's district licensing committee, which would ultimately decide the store's fate.

"The submission process sucks," Jenner told RNZ. It's a process she said works against communities, especially vulnerable ones, where whānau stories and concerns about addiction and fallout are given little weight.

"We don't have the capacity, the capability for many people to stand there and put their evidence forward," she said. "It's a huge barrier for communities."

When they did, she said, that evidence was discounted as not being valid. Stories of whānau harm were often dismissed as irrelevant, she said. It is a story recounted across the country.

But it's a barrier those behind a new iwi-led study hope to overcome, with the government signing off on a three-year project that will try to ascertain the true extent of harm on Māori communities, through a mātauranga Māori lens.

David Ratu is one of those who will be leading the study. A Māori warden who's plied the streets of Ōtara for years, he said waipiro (alcoholism) and the proliferation of it has an outsize effect on Māori; nearly every whānau has a tale of the harms it's caused, he said.

"It's true to say that we as Māori know how alcohol affects our people," Ratu said. "I've grown up with it, I've seen my family go through it, and now I'm seeing the next generations go through it."

But when those communities try to stand up against proposed liquor outlets and front the district licensing committees, there's a hurdle people like Jenner and Ratu are often unable to clear: there's little hard data on the harm it causes.

"The easy way out [they take] is to say 'oh unless you've got evidence about harm to Māori at a local level then we'll listen to you but we're not gonna take that, we're not gonna place any weight on that argument'," he said. "And so you're up against it all the time."

Ratu said repeatedly encountering that argument motivated him to get that evidence himself, with his Kookiri ki Taamakimakaurau Trust applying for funding to do what other health advocates say could amount to groundbreaking research.

Te Hiranga Hauora, the government's health promotion agency, has now signed off on the iwi-led study into alcohol-related harm. It will take three years and start, initially, in Tāmaki Makaurau.

Ratu said he will be working with roopu and whānau across the community, who will collate data and intergenerational stories of alcohol-related harm. Ultimately, this will add mātauranga Māori to the alcohol-harm evidence base and bring a Māori voice to the discourse.

While it's early days, Janell Dymus-Kurei, from the public health service Hāpai te Hauora - which is not involved in the study - said it could be a drastic step-change.

"It's a great opportunity to start looking at how we reframe leadership, particularly in the alcohol space for Māori and the project itself which looks to be working with iwi and having iwi-led investigations I think is somewhat groundbreaking," she said.

Ultimately, Ratu hopes the study will find evidence that will tip the scales in favour of communities at licensing committees, that will provide the evidence of harm that Māori groups are often asked for but ultimately lack.

For Jenner in Murupara, anything that would help to do that is welcome news to her.