Māori voyages to Antarctica and its ocean may have occurred as far back as the seventh century, a new study on links to the continent has found. 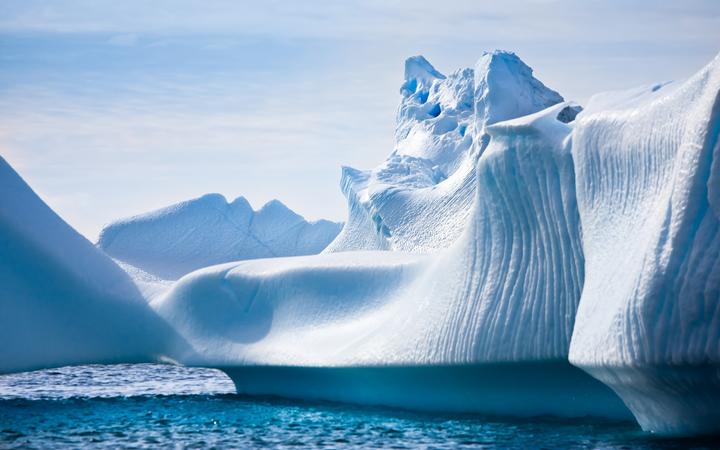 New research suggests Māori may have been the first people to discover Antarctica. Photo: goinyk/123RF

University of Otago associate professor and conservation biologist Priscilla Wehi, the project lead, said Māori links with the icy continent went back to the seventh century.

"Right from the early voyages of Hui Te Rangiora and Tamarereti and others, right through to the 19th century when Māori participated in whaling and other voyages to Antarctica, right through to today, with scientists going down to the ice every year - (there's) an amazing connection that we didn't really expect," Wehi said.

The researchers studied oral history - which Wehi said had often been overlooked - as well as written literature to uncover Māori ties to the ice.

The study said Polynesian narratives included voyaging into Antarctic waters by Hui Te Rangiora (also known as Ūi Te Rangiora) and his crew on the vessel Te Ivi o Atea, likely in the early seventh century. Supporting evidence lay in the name Te tai-uka-a-pia which denoted the frozen ocean, with pia meaning arrowroot, which when scraped looks like snow.

"In some narratives, Hui Te Rangiora and his crew continued south. A long way south. In so doing, they were likely the first humans to set eyes on Antarctic waters and perhaps the continent.

While it was very likely Hui Te Rangiora reached Antarctic waters, Wehi said, there was uncertainty about whether that voyage was the first in Antarctic waters, or whether other indigenous peoples had narratives of Antarctica that pre-dated this.

"In both cases however, I think it very unlikely that the European explorers in the 19th century were the first to set eyes on Antarctica.

"One of the exciting things coming out of this work is it shows how oral tradition can really be considered as a reliable source of evidence, along with archeological and paleoecological data," Wehi told Morning Report.

Describing Māori connections with Antarctica helped create a platform for wider conversations about New Zealand relationships with the continent, Wehi wrote in a paper called A Short Scan of Māori Journeys to Antarctica.

"More than this, however, we create space for other under-represented groups and peoples to articulate their narratives of connection to the southern land and sea-scapes.

"We provide significant first steps for uncovering the rich and varied ways in which Antarctica features in the lives and futures of indigenous and other under-represented communities."

Wehi hopes to be able to pin down a date for the first sightings of Antarctica, with the help of iwi, who may hold more stories.

*This article has been updated. Researchers clarified that other indigenous people may have traditions that predated Māori voyages in Antarctic waters.