Bach owners on East Coast land being returned to iwi under Treaty of Waitangi settlement can continue to use an illegal road to get to their homes while the council works to solve the access issues. 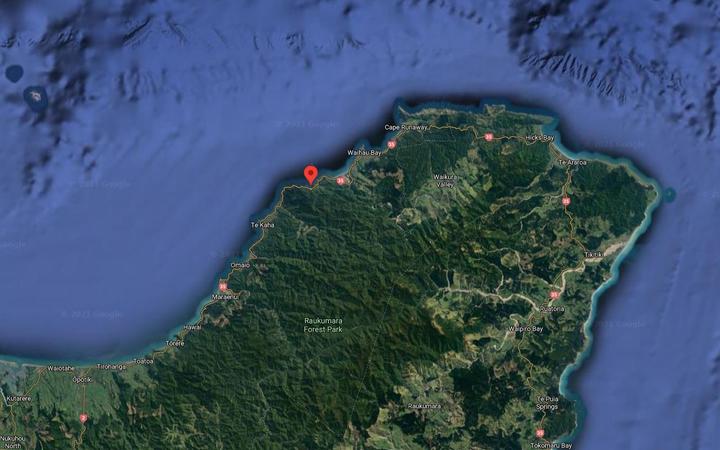 Te Whanau-a-Apanui were elated and celebrated with applause and waiata as Ōpōtiki District Council voted to return reserve land into iwi management on Tuesday.

Iwi spokesperson and councillor Louis Rapihana said there was "a lot of shock" when Mayor Lyn Riesterer announced the decision.

"The iwi is astounded and they can't stop jumping for joy that the council has agreed to return reserves that were taken off them many years ago," he said.

"It's huge and everyone is so blown away."

Rapihana declared a conflict of interest in the matter and did not vote or speak at the meeting.

The decision came with a compromise. Ownership of the reserve land that provides the only access to Whanarua Bay will pass to iwi after a joint management board resolves how bach owners can legally access their properties.

The council has given a timeframe of up to five years for this to happen. 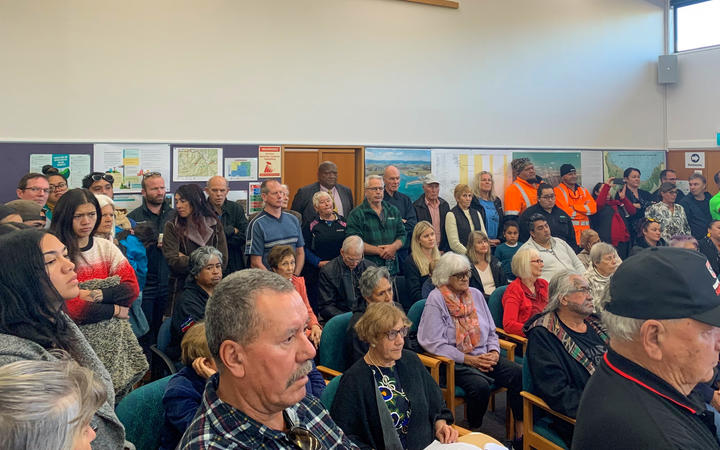 The council's decision on the land drew one of the biggest crowds ever to a council meeting. Councillor Louis Rapihana can be seen standing in the doorway at the back of the room. Photo: LDR / Charlotte Jones

Whanarua Bay property owners and hundreds of holiday makers access the bay via a tarsealed road which cuts across reserve land. Access to the bay was never formalised when it was subdivided. Bach owners constructed and maintain the road.

Rapihana said the compromise was not much of a compromise for iwi as Te Whānau-ā-Apanui had always wanted the access issues resolved.

He believed having a dedicated group would ensure a solution was found sooner, rather than having bach owners continue in limbo.

"I've always said to them that we must rectify the first wrong here, which was to iwi, and then we can find a solution for the wrongdoings after that," Rapihana said.

"After the meeting quite a few of the bach owners came up to me and they were quite relieved a solution will be found. They said they look forward to working with the iwi and council."

Bach owner Peter Martelletti said he had mixed feelings about the council's decision and was not confident the council would manage to sort out the access issues within five years.

"I don't have a lot of faith as they have had probably over 40 years to sort this out with no real progress," he said.

"I guess we'll have to wait and see what happens."

Martelletti said he hoped the joint management group would include bach owner representatives.

It was evident at the meeting that councillors were concerned about the rights of bach owners to access their properties and it was not clear until the end how councillors were going to vote.

Councillor Barry Howe felt the wording in the report was not strong enough to ensure continued access to the bay.

"I don't think it should be gifted back until public access has been resolved," he said.

"It's a little cloudy to me. I like things to be black and white."

Deputy mayor Shona Browne said ensuring access was a big concern for her too.

"This is a historic problem that has landed on our laps because of the Crown," she said.

"In my past life I was a real estate agent, and I would never have sold a property with dodgy access issues. In my opinion we cannot proceed until access is formalised."

Councillor David Moore said he agreed with that.

Mayor Lyn Riesterer then adjourned the public meeting and councillors left the room to discuss the matter in private. When they re-emerged some 10 minutes later Riesterer announced they had re-worded their resolution to include that the joint management board would focus on resolving the access issues.

The re-wording made what was implicit in the first resolution, explicit.

All councillors then voted in favour of returning the land.

"May we look forward to an enduring resolution that every group can be satisfied with," Riesterer said.