Hastings and Napier might be 20 minutes apart, but the cities have come to different conclusions on the Māori wards debate. 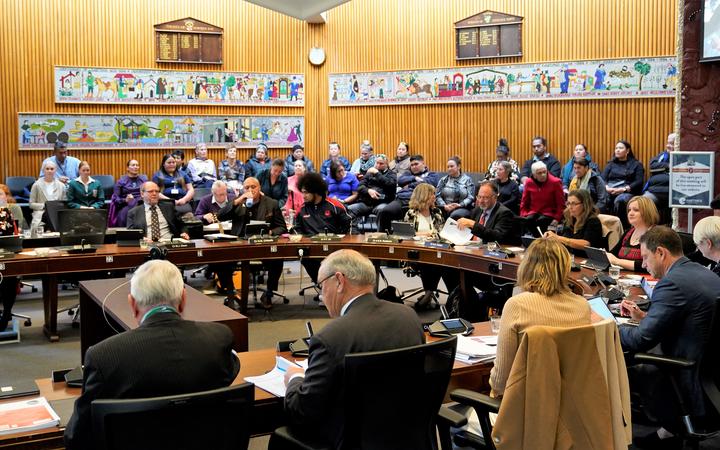 Māori wards will now be part of the Hastings district in time for the next local-body elections.

All but two of the district's 15 councillors voted for the wards today - unlike their counterparts in neighbouring Napier.

Hastings Mayor Sandra Hazlehurst said she strongly supported the decision and was proud of her council.

"If we truly believe in Heretaunga's philosophy of unity and our diversity, if we are true to our collective values and if we embrace inclusion and representation, then we must vote in favour of Māori wards. Today isn't about process, today isn't about how many numbers, today is about what is true and what is right for our people, for the future, not for us sitting here today."

The council will now undertake a representation review to work out how it can be shaped with the new wards.

This is in contrast to Napier, where last month councillors said they didn't have enough time to properly consult the public.

That sparked anger among mana whenua in Ahuriri, many of whom marched in protest through the streets today.

A group of about 100 walked from the Pania of the Reef statue by Marine Parade, through the city centre and to the Napier City Council offices.

Protest organiser Alayna Hokianga told councillors: "This is a peaceful protest, but we are not going to let you get away with what you have done to our people." 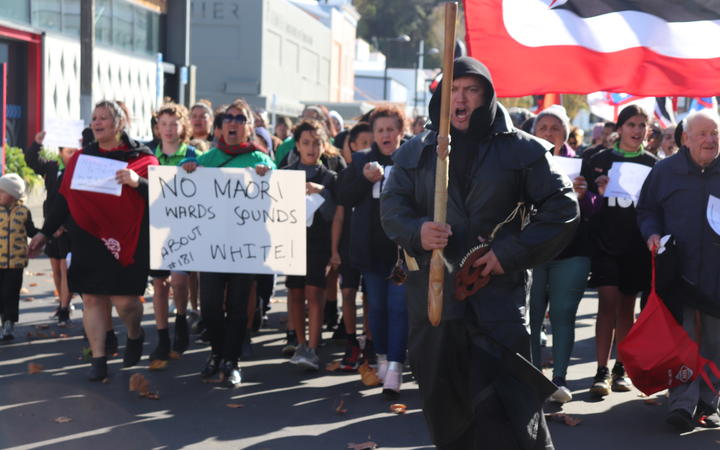 Protestors march in the streets of Napier this morning Photo: RNZ / Tom Kitchin

After the protest, Wise told RNZ she understood the "great disappointment" of mana whenua.

But she wanted to make it clear the council had not made a decision not to implement Māori wards.

Napier councillors argued they had not had the time that Hastings had to talk to the community.

It decided to formally consult with the community in September and make a decision in November.

But this will not be in time for the 2022 elections next year, which has angered mana whenua.

But Wise said councillors would not change their minds this time around.

"We have got very clear legal advice that we must listen to and, no, we won't be revisiting that decision. It would be irresponsible of us as a council to ignore the legal advice that we've received and potentially open us up for a judicial review."

Tomorrow, Hawke's Bay Regional Council will decide whether or not to add Māori wards.