The passion and pain over Māori wards 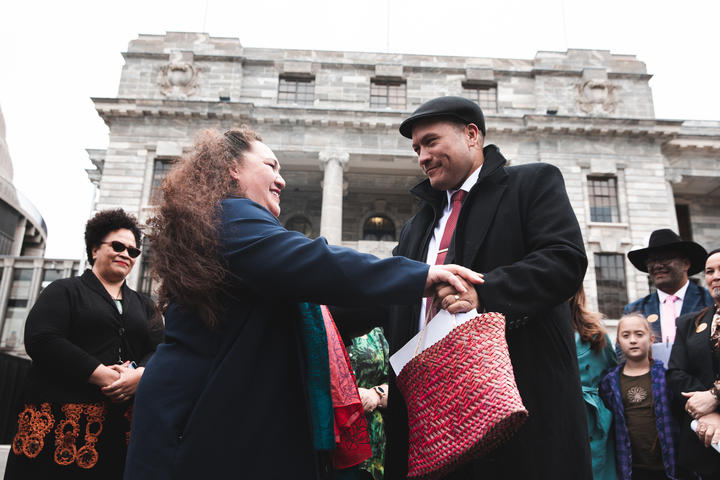 Giving Māori a place at the table of local government decision makers has taken another step, but debate over Māori wards is still fierce.

"If there are Māori wards on councils that will be the location for some very strong and lively and very constructive political debate about how those cities, and districts and regions should develop.”

Wilson, who has written extensively on the issue, talks to The Detail today about how Māori wards work in the same way as Māori seats in national politics. He also explains why they have caused so much division between those who passionately support them for giving Māori a much-needed voice at local government level and those angrily against them, including Act's David Seymour describing them as a form of apartheid.

New legislation has scrapped the provision of public referendums to have the final say on whether councils can introduce Māori wards. Since 2002, 24 councils have attempted to establish Māori wards using the process under the Local Electoral Act 2001, and only two have been successful so far.

Under the new bill, councils have until May 21 to decide if they want to establish Māori wards in time for the 2022 local body elections. Nine councils have already decided to introduce them next year, joining three councils which set them up at earlier elections.

The bill has been criticised by opposition politicians as rushed and anti-democratic but Wilson says the attacks on Māori wards are "throwback racism".

"If you allow people who are not being favoured by a particular proposal, ie non-Māori, to have a say over something that is particularly for that minority group, there's a real risk that they'll say ‘nah, we're not going to let that happen’," says Wilson.

"That has been happening in New Zealand and that's why the government has gone, well, if we're going to let non-Māori decide on a representation model for Māori we're not going to get anywhere."

She represented her marae and hapū in Waimana when she made a submission to Whakatāne District council in 2017. She also made a personal submission to the council “as a mama of four young Māori boys, wanting to be able to put them in my shoes in terms of how I would want to see the world for my sons”.

She wants to ensure that the "values that they hold and the world view that they hold as a Māori world is being represented and reflected in the leadership of our communities, particularly local government".

Boynton's group, Te Rōpū Tautoko Māori, campaigned for Māori wards and led a hikoi in Whakatāne after a referendum overturned the council's decision to establish a Māori ward.

“Our whānau Māori walk in two worlds and in one world we are not having our values represented and those decisions impact on us on a daily basis, and when the Māori world view isn’t considered it has huge ramifications, not only on our land and our marae but also our whānau and particularly our children."

Boynton says she’s become “desensitised” to the racism she has received throughout life and she experienced while campaigning for Māori wards.

"You’ve got a six month or eight month campaign where racism is legalised. It’s like a free for all for any kind of anti-Māori propaganda that can come into your letter box or be written up in newspapers or put in adverts.