Health workers at the frontline of fighting high rates of cervical cancer among Māori women say a new, easier, test is promising but it isn't a one-stop fix. 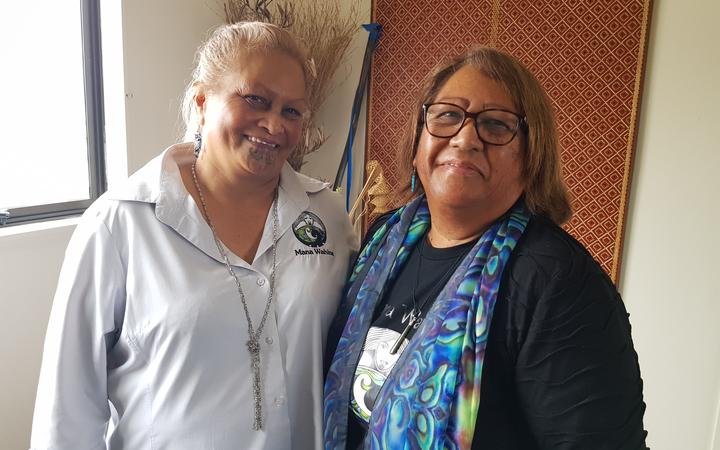 Nurse Frances Whaanga-Tuhi (left) and community health worker Diane Chapman hope self swab tests for cervical cancer will remove the barriers for some Māori women to getting the test. Photo: SUPPLIED

The government is to change its cervical cancer screening programme in 2023 to a vaginal swab for the HPV virus which causes 99 percent of cervical cancers.

Women could choose to do it themselves, and it would replace the current pap smear screening which needed a doctor or nurse to use a speculum and tiny brush to take cells from the cervix.

Nurse Frances Whaanga-Tuhi and community health worker Diane Chapman screen women in the clinic at Kokiri Marare in Lower Hutt where the government announced its plans.

They felt buoyed by the announcement and hoped it would remove the barriers for some Māori women to getting the test.

"Some of them have had bad experiences, that's one of the main barriers," Chapman.

"Or having whānau, whether they can take that time out because they're busy mums. They tend to put themselves behind rather than forward."

And there was also the element of whakamā about their whare tangata, they said.

Their clinic had a different approach to a mainstream clinic, getting to know women, and to talk to them and put them at ease before they did their smear.

"It's not like a 15 minute session, we take the time - that's the difference with our service here. If it takes an hour, it takes an hour ... it's just about getting them to feel comfortable," Whaanga-Tuhi said.

That was particularly important for women who had put off having a smear for a long time, they said.

And it was those women who New Zealand studies have shown were more likely to have a screening test if it is the self swab.

But Whaanga-Tuhi said it was important to keep up the support for Māori women when the new screening programme was in place.

"I feel that our women, given that choice to do those self swabs, still need the education, given from us, from the nurses and support workers, given that awhi. They need to know more about it," she said.

Doctor and Victoria University lecturer Bev Lawton, who has fought for years for the test, agreed.

And the new swabs should be free, she said.

The government had yet to commit to that with Associate Health Minister Ayesha Verrall saying it wanted to keep costs low but that was ultimately a matter for another budget.

Professor Lawton said the self tests should be in place before 2023 to reach women who were least likely to get a smear.

An interim plan to give them the swabs would help make it more likely they were tested, she said.

There were currently about 400,000 women overdue for a smear test, she said.

It was vital women did not delay getting their scheduled smear test because the simpler test was coming, she said.