The road signs identifying the - blink and you miss it - township of Maxwell on the outskirts of Whanganui have already mysteriously disappeared and it's possible they'll never be needed again. 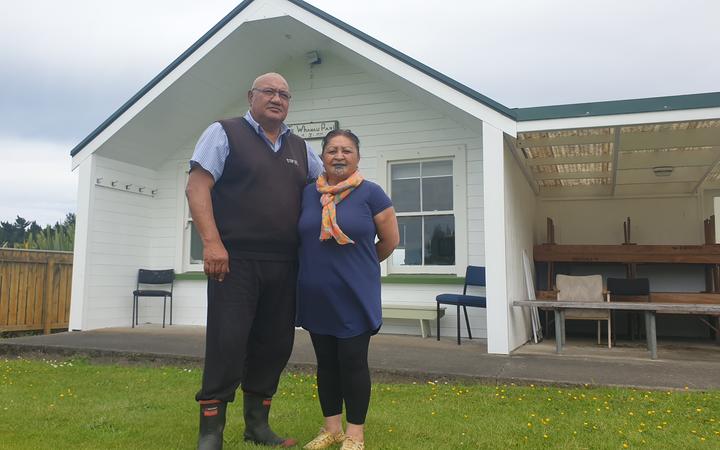 The council has joined forces with Ngā Rauru and its hapū Ngāti Maika to have the name - which has links to a bloody incident during the New Zealand Wars - changed back to Pākaraka.

Maxwell is currently named after Scotsman George Maxwell, one of the founding members of the Kai-iwi Yeomanry Cavalry Volunteers.

Led by notable settler and politician, John Bryce, the volunteers were involved in the notorious Handley's Woolshed incident in November 1868.

Fearful of attack from Tītokowaru's hauhau warriors, the militia came across a group of Māori boys aged between 10 and 12, hunting geese and pigs near the woolshed on the Nukumaru flats.

The cavalry charged and by most Pākehā accounts two boys were killed.

"Ngāti Maika says that there was a sole survivor and actually there were more than two people … more than two young men that got killed that day. It was a massacre.

"And there was a sole survivor and that sole survivor was from Ngāti Maika and he's in the photo over there in the corner with his fingers severed.

"So how did he survive the massacre? Well he played dead. He played dead and he lived to tell his story about the events." 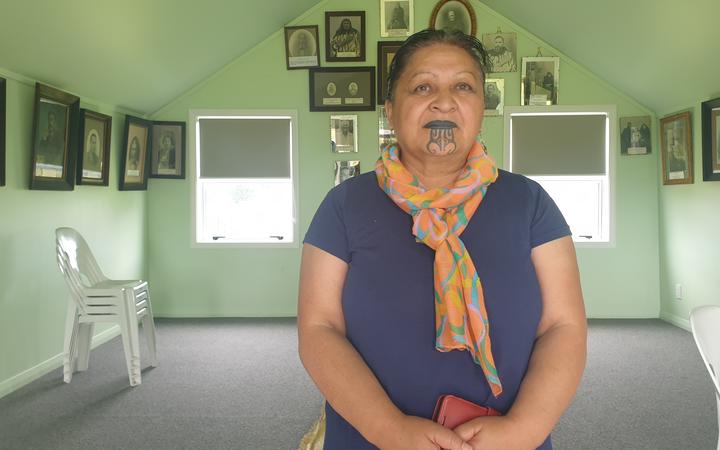 Broughton said it was important for her generation to change the name back to Pākaraka for the sake of their children and grandchildren.

"We're not happy about the name because it's a memorial to George Maxwell, who slayed our young men way back then and our whenua has a name, our land has a name, this place is Pākaraka."

Raymond Hina grew up at Pākaraka - a name which combines the word 'pa' for home and 'karaka' for the trees once abundant in the area.

He said it was heart-breaking having to explain to visitors why the area was called Maxwell.

"They ask the question 'Maxwell, what a name for this, why is it Maxwell?' 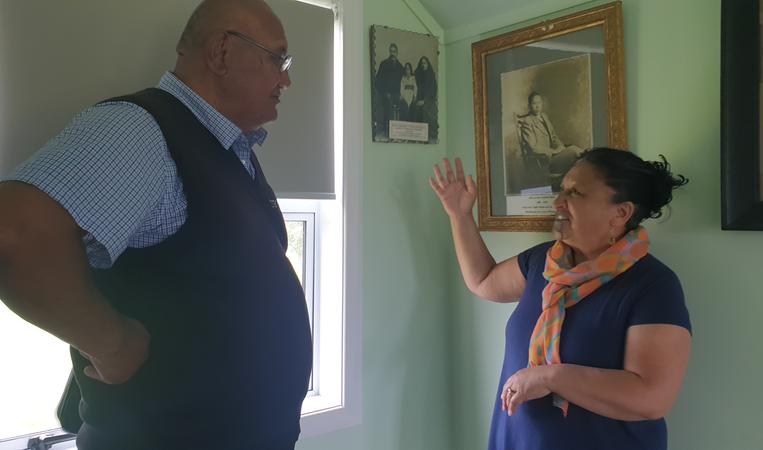 Hina said Pākaraka had always welcomed everyone and the name change was not about excluding Pākehā.

"Everyone came here farmers and all and this is the place they came back then.

"And if you see them ones now you can tell they were brought up here - I'm talking about our Pākehā - because they call this the pa, Pākaraka, and they didn't call it … it was always known as the pa."

Whanganui Mayor Hamish McDouall thought the city was ready to embrace the change.

"I understand there'll be divergent views, but a person from a very old settler family, who I went up [to] and told them personally that this was happening, they said: 'oh I can't wait. It should have always been Pākaraka'.

"So I think time has moved on to hold on to some names." 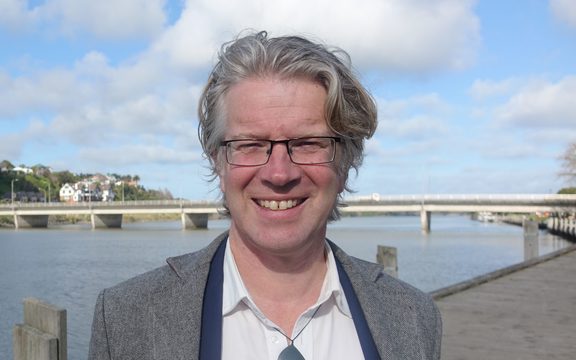 But not everyone on council supported the application to the New Zealand Geographic Board.

Charlie Anderson voted against it.

"I worry that it's just one more thing. No real gain for Māori and it just polarises our community once more.

"I'm aware Mr Maxwell probably wasn't the nicest guy at the time, but we can't change our rich history. We need to embrace it warts and all.

"Te Rauparaha was a murdering tyrant, but his statue still stands in Ōtaki I believe, and it should remain there as should the numerous namings after Captain Cook."

For Raymond Hina, however, a name change would mean the world.

"Oh I wouldn't be sitting here in tears anyway. That's what it would mean. And I'd be able to die happy I suppose."

The New Zealand Geographic Board is not expected to make a decision on the name change for several months.