Heritage New Zealand Pouhere Taonga has weighed into a long-running access rights battle at a historic pa site in Taranaki. 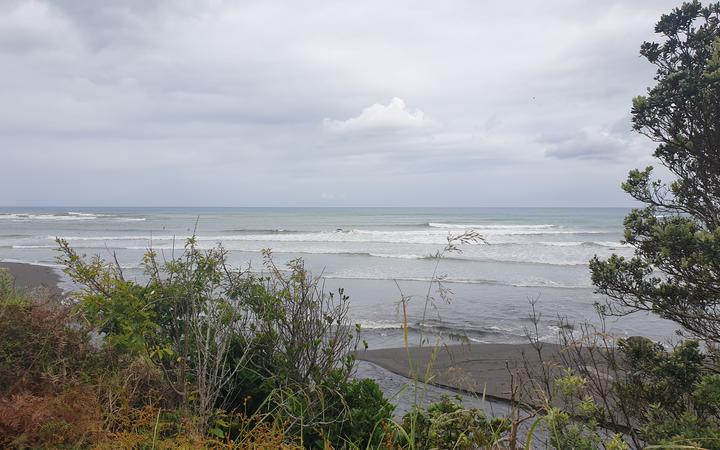 The Hauranga Pa hill is a popular spot for checking the surf. Photo: Robin Martin

The Crown agency - and regulator - says fragile archaeological remains at Hauranga Pā, near Oakura are being damaged by mountain bikers, walkers and joggers criss-crossing the Weld Road Coastal Reserve.

It wants a management plan created to protect the pa site.

Hauranga Pā is situated on both freehold Māori land and a New Plymouth District Council-managed reserve about 17km southwest of the city.

Weld Road reserve is popular with beachgoers, surfers and people using the Oakura Coast Trail - which traverses part of the pa site captured inside the coastal reserve.

"It was a hill pa occupied by people and yeah people are buried on it. Just because it's Crown land doesn't mean you can do what you want to it.

"We want the pa protected, to put a walkway over it is only going to save, like, six seconds rather than walking around on the sand at the base of it."

Complicating matters, hapū member Mike Ure has camped on the Māori freehold land at Hauranga Pa for the past 15 years.

Many track users complain of being verbally or physically accosted by Ure as he attempts to stop people crossing the pa. 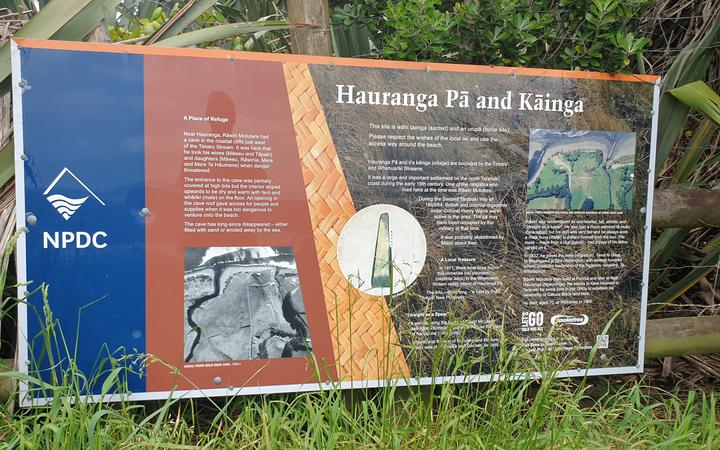 But Manukonga said Ure had the backing of the hapu and he had also been on the receiving end of threatening behaviour.

Manukonga struggled to see how it was possible the trail was allowed to cross the pa in the first place.

"If you want to do something in the council area you've got to apply for it and there's a process of consultation and affected parties and all that sort of thing. None of this has happened.

"They want a walkway and they've decided they'll wait until Mike goes out and they'll all rush in with shovels and everything else and make their own. Even at night in the dark they do it."

The district council admits no approvals, consents or permissions have ever been sought or granted for the paths across Hauranga Pa and no stakeholder or affected-party consultation entered in to. 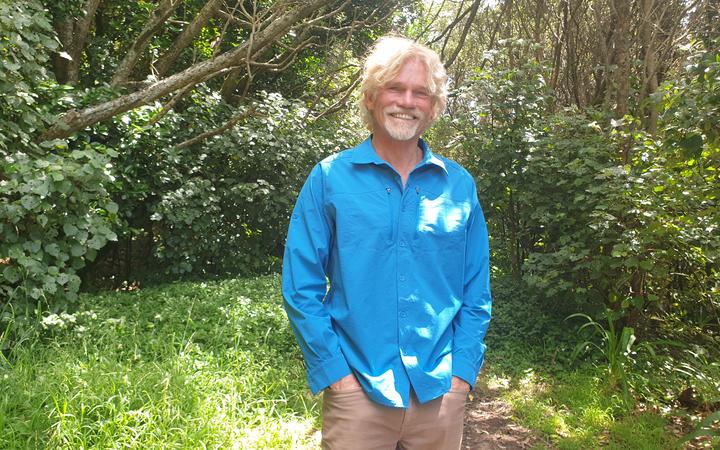 Clive Neeson says a boardwalk around the headland could be a solution Photo: Robin Martin

Neeson said over the past 35 years community enthusiasts had removed weeds and planted hundreds of trees while the council had built bridges and laid cycle track.

He said not being able to negotiate a way around Hauranga Pa would compromise the whole 10km long trail.

"Blocking off that link for what ever reason means that people have to go via the ocean, which most seniors can't do and in fact for most of the summer the river comes up and blocks it off anyway as it is now blocked off by piles of driftwood and so on, so really that stymies the whole project."

Neeson, who admitted mountain bikers were becoming a problem, believed a boardwalk would prevent damage on the hill, but he was also open to a cycleway around the foreshore.

But he feared people would still scale the hill regardless. 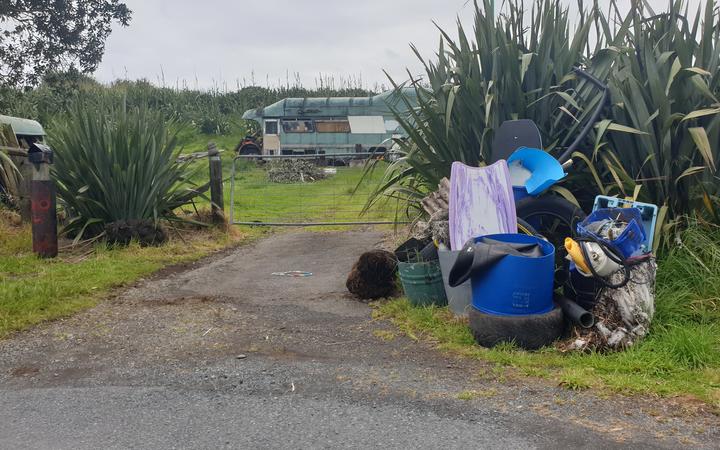 Hapu member Mike Ure has camped on the Maori freehold land at Hauranga Pa for the past 15 years. Photo: Robin Martin

"The thing is for years people have used the hill for checking the surf, for conducting sea rescues, for just observing the wind conditions and so on, so I think they'll always be people a want for people to go up the top of the hill and even just for meditation purposes because it is beautiful."

When RNZ visited Weld Road there wasn't much appetite for compromise among beachgoers.

Alan 'Porky' Gargan could remember when access to the hill was not a problem.

"I've been surfing here since 1963 and there's never been a problem with the Māori land until Mike Ure came."

Another surfer Hineana Todd could see things from both sides.

"You can see how people want to access the track and get to the beach and enjoy it and that, but you've also got to respect it's a Māori heritage value site."

Paul Jensen, who also had issues with Ure, had come across on a mountain bike.

"The track's fine, you know, it's pretty much been like that for years. It might've worn a tiny bit, but the fact that people are out there using it is good for people, good for their health."

Miwa Bannochie had safety concerns if the track couldn't be accessed at high tide.

"This land is for everybody. It's dangerous sometimes at high tide, really dangerous. Some people don't know and they come here and they get stuck here."

Heritage New Zealand wants the district council to create a management plan for Hauranga Pa in accordance with an October archaeological report.

Archaeologist Ivan Bruce found that mountain biking and e-biking, in particular, had exacerbated damage he had recorded in 2008 when commissioned to do a similar report.

Bruce found informal tracks has been cut across a number of archaeological features, including two terraces where people once lived, representing an illegal modification of an archaeological site.

"In-situ archaeological evidence has been disturbed and exposed as a result, including: artefacts (mahe / fishing sinker); charcoal lenses; ovens / cooking stones; and midden. All of which represent a loss to the archaeological record of this site," he said.

He recommended that in the short term, the informal tracks across the headland be fenced off and people encouraged to walk around the beach.

Bruce said establishment of a formal track across the site would need to constrain public access to a specific route and would likely require earthworks for the erection of steps up the western and eastern flanks and boardwalk structures across terraces.

"Any such proposal will in itself modify the site and will require both resource consent from the district council and an authority from Heritage New Zealand. This approach is not recommended and should be considered a last resort.

The district council said in a statement that it took its role as guardian of the reserve seriously.

It said it was running a survey over the summer to gather the views of residents and those who visit the reserve to help shape the next steps to protect the area and enable access to the beach.