The Māori Party has requested a recount in Tāmaki Makaurau and Te Tai Hauāuru, claiming discrimination prevented many people from voting. 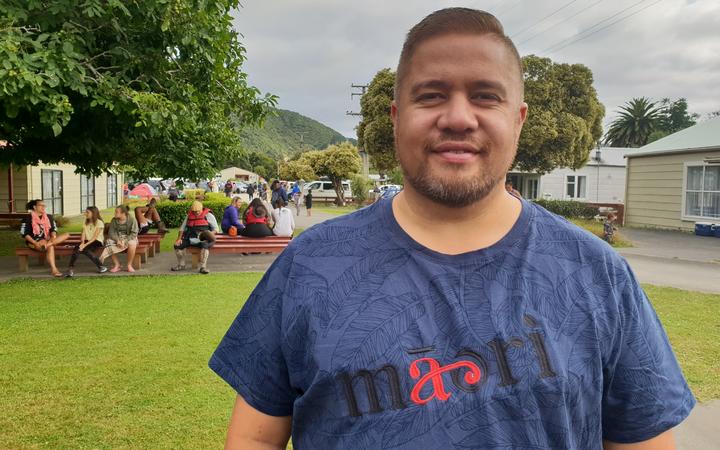 Māori Party president Che Wilson says the party is concerned some voters were refused their right to cast their ballot via the Māori roll. Photo: RNZ

The recount applications were filed today with the Electoral Commission.

Māori Party president Che Wilson said the party had no dispute with the final numbers, but was concerned some whānau were refused their right to vote on the Māori roll at select election booths.

"We've heard issues of people saying that they are in the Māori electorate, but when they get there their names aren't on the list and then they're forced to have to do a special vote in the general electorate. There was a case of a man in his 70s who has been on the Māori roll all his life and was told, 'no, you're now on the general roll," he said.

"The treatment of Māori seats where you have to wait in line because there are more people servicing the general seats than the Māori seats exist. Even when I first started voting in the '90s, you could only vote at certain places and you weren't allowed to vote anywhere. That has changed but there are still so many things that need to be checked out."

He said the issues were widespread and seen in all seven electorates.

"We are interested in looking at whether all of the complaints we've received stack up, and do we need to look at the system and whether it is biased towards Māori. For years, there have been so many people who have tried to ask how we make the system easier.

"At the moment, you're opted into the General Electorate unless you opt into the Māori electorate. That's just helping non-Māori, rather than ourselves."

He said the recount was an effort to clean up the system and ensure everybody was treated the same.

The election result after special votes were counted secured Rawiri Waititi's win in Waiariki, and the party vote was enough to get the Māori Party co-leader Debbie Ngarewa-Packer into Parliament.

Wilson said the odds were continually stacked against Māori and the 5 percent threshold was unreachable for any indigenous party.

He said the threshold should be at least halved in Māori electorate seats.

"Now that we have representation back in the house, the Māori Party agenda has not changed from the policies we released during the election campaign.

"Māori are put on the Pākehā roll and can only opt on to the Māori roll every five years - meaning it can't happen for two elections. That's discrimination. We will be looking for consensus and support from all parties across Parliament."