Ngāpuhi protesters occupying private land in the Bay of Islands town of Opua say they're prepared to stand in front of bulldozers to stop a housing development. 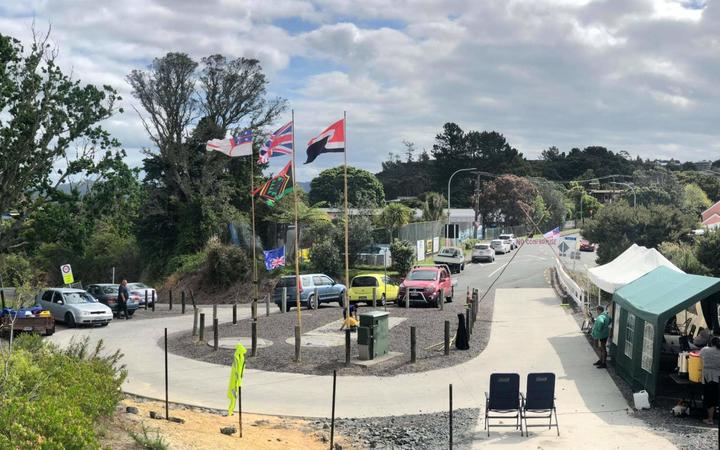 The Ngāpuhi protesters camp on Puketiti, an old headland in the Bay of Islands town of Opua which was sold for a housing development earlier this year. Photo: Supplied

A group of 20 people have been occupying the site, which is situated on the headland known to local Māori as Puketiti, since Saturday.

They're trying to stop the construction of 17 houses by a private developer, after the commercial arm of the Far North District Council sold the public land in March this year.

Protest spokesperson Tony Williams, from the hapū Te Roroa, said they had exhausted every other avenue but the council would not undo the sale.

"We're intending to camp or occupy on top of the maunga until we get a response or resolve the development," Williams said. 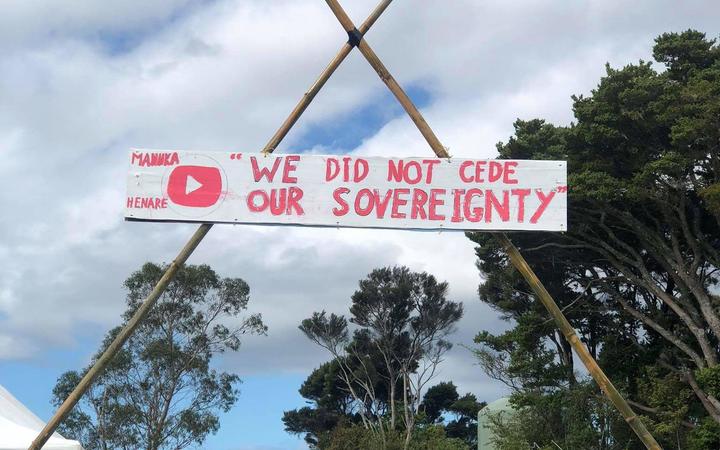 He said the site was a wāhi tapu, or a significant cultural site.

His grandfather told him the maunga was a lookout point for their ancestors, who could see ships to the left of the lookout coming from Russell and Paihia, Ngāti Hine waka coming from Taumarere to the right, and directly ahead, ships from Herekino.

"My tūpuna used to put his warriors [there] to check, to keep an eye on any enemy ships coming towards their pā." 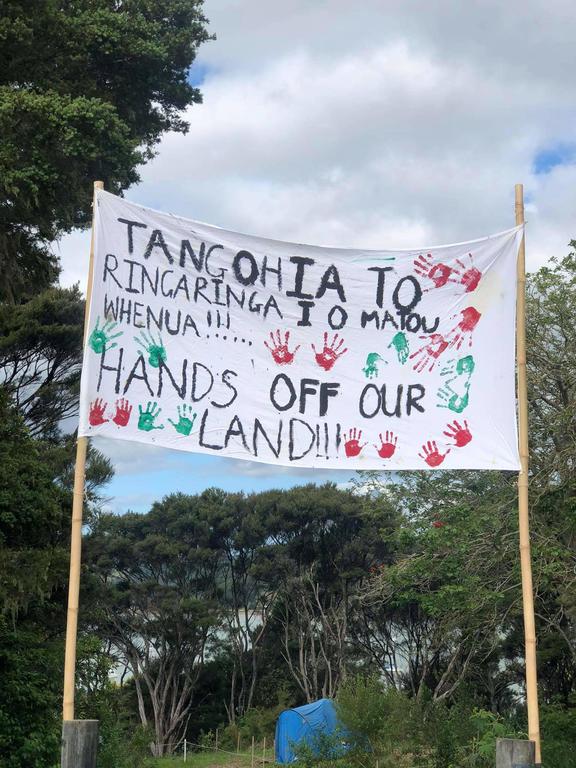 A banner flying at the site. Photo: Supplied

It was also the home of Te Roroa rangatira, Pumuka, who was killed at the battle of Kororāreka in 1845, and the hapū have called for a pou to be established on the site.

The land is also part of a Waitangi claim submitted by Sir James Henare over 30 years ago, which calls for control of the whenua to be returned to Ngāpuhi, and for all resource consents from April 1987 to be rescinded.

Williams said they had a lot of support from the community, who had brought them food over the last few days - and the principal of the local school wanted to bring children over to learn more about the history of the site.

The protest group also want a public reserve at Walls Bay to returned to them.

In a statement, police said they were not involved but would continue to monitor the situation.

Far North Holdings Limited could not provide details of the buyer as it was a condition of the contract for that information to not be publicised.