Hapū and locals of a small Bay of Islands town have vowed to fight a plan to build 17 houses on land they want protected for a public park. 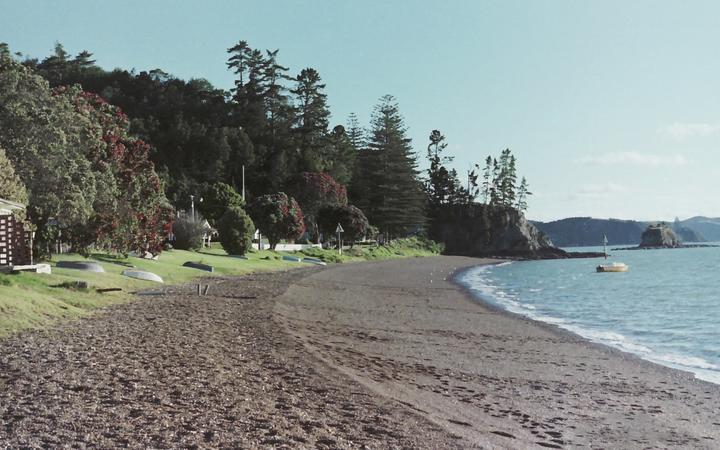 The commerical arm of the Far North council got consent for a housing development in November last year and in March sold the three hectare site at Opua to a private owner.

Locals have set up the group Save Opua's Soul (SOS) to protect what they say is one of the last remaining flat pieces of unused land in the small Far North settlement.

The headland was once a pā site where the people of Ngāti Roroa, lead by the chief Pumuka, lived in the early 1800s.

However, it was bulldozed in the 1960s to create reclaimed land, although some of the headland remains, which now has tōtara growing on it.

SOS group member and Opua resident Ron Cooke, said it was never supposed to be for housing.

"It was public land, it was used by the public, it had promise to be a public piece of land for all of New Zealand for all time if we could have turned it into the park, walking track and lookout, and intrepretive centre that we wanted to do."

He said 109 locals voted unanimously at a meeting to look at legal action.

Joining him in the battle to stop the development, was Te Kapotai hapū Māori Committee chair Peter Clark.

"I would like to see the acknowledgement that the whenua be given back to its rightful owners who are wanting to work in a local partnership with all the local community to build it into a park, for the common use of the community - not to be sold off to some developers to make it ugly and make money from it."

He said descendants of the four hapū who whakapapa to the area - Te Kapotai, Ngāti Hine, Te Roroa, and Ngāti Manu - also wanted a pou established on the site to recognise the rangatira, Pumuka, who was killed at the battle of Kororāreka in 1845.

The land is a part of a Waitangi claim submitted by Sir James Henare over 30 years ago, which calls for control of the whenua to be returned to Ngā Puhi, and for all resource consents from April 1987 to be rescinded.

Te Rūnanga o Ngāti Hine deputy chair Pita Tipene said it should have been consulted as a claimant in the area.

He said Far North Holdings had also failed to respect its Memorandum of Understanding with the iwi to work together.

"For Far North Holdings to be dealing with investors to develop land and not formally tell Ngāti Hine - we're very angry and frustrated over that lack of information."

Far North Holdings said the Opua community had every opportunity to have their say, with chief executive Andy Nock saying the initial consent application was publicised in May 2018 on Facebook; in the local newspaper; on its own website; and with the community group Love Opua.

He said there had not been a single submission or contact from anyone in the 19 months since.

Nock said he was saddened to hear that Ngāti Hine had felt the lack of engagement with them was disrespectful, and would be raising the matter with them directly.

A bushland area of 2800 square metres - roughly a third of the size of a rugby field - would be set aside as a green reserve in the middle of the development, he said.

The company would also be designing and installing a walking trail to connect with the marina precinct and a planned play area.