The Labour-incumbent for Hauraki-Waikato, Nanaia Mahuta, is set to breeze into another term in the seat, as her Māori Party opponent trails her in the polls by a whopping 47 percent. 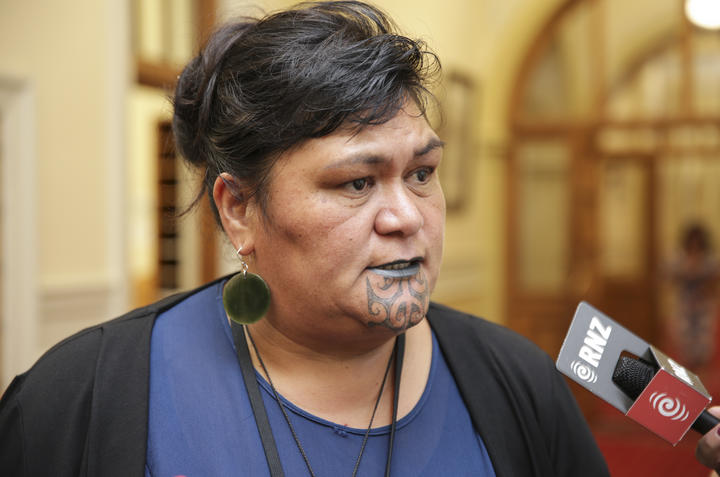 A Māori Television commissioned poll, carried out by Curia Market Research found support for Mahuta was at 61 per cent, with Māori Party candidate Donna Pokere-Phillips on 14 percent, and 17 percent undecided.

Hauraki-Waikato covers Kawhia, Cambridge and Matamata on the southern end of the electorate, across to Thames, Coromandel on the north-east, up to Papakura and Clevedon in the north, and everywhere in-between, which includes Hamilton, Huntly, Ngāruawahia and Papakura.

Mahuta has been in central government politics for over 20 years, coming in as a list MP for Labour at the 1996 election, before winning the Te Tai Hauāuru seat in 1999.

She won the then-Tainui electorate in 2002, and has been re-elected to that seat, now Hauraki-Waikato, ever since.

Mahuta said despite been a seasoned campaigner she never takes her support for granted, even after winning Hauraki-Waikato by a landslide of 71.56 percent at the last election.

"So much of the effort has been about getting people to turnout early and keep their votes in tact, so two-ticks."

"We have a team throughout the whole electorate that are working in conjunction with general seat members to ensure we get a good strong turnout because the only poll that matters is the one on election day."

The electorate has a high growth rate, which was double the New Zealand average between 2006 and 2013, largely due to it being situated between the "Golden Triange" of Hamilton and Tauranga.

To ensure infrastructure is keeping up with the growing population, Mahuta said her government have built public housing in Papakura and Hamilton, with more homes to be built in Pukekohe, "which would relieve some of the pressure in the system."

She said the big issue in the electorate was jobs, and she said partnerships with Waikato-Tainui and local Industry training organisations were providing more apprenticeships to get Māori into employment.

When asked what was a standout moment for her over the last term, Mahuta said it was "creating more opportunity", particularly "active collaborations with iwi Māori."

Despite the huge lead Mahuta has in the polls, Māori party candidate Pokere-Phillips said her campaign was about the long game.

"It's hard work campaigning, it's hard work on your whānau, you are putting you kanohi out there - your face out there - you are putting your whānau name and your tupuna name out there, so there's a lot at stake but I totally believe in the Māori party, I believe in our policies and I believe they're going to transform our people as the only indigenous voice on the political spectrum."

Pokere-Phillips first came into politics in the late 1990s as a member of the Mana Motuhake party, however, in 2017 she chose to run for the Hamilton West electorate for The Opportunities Party (TOP) as she said the policies were "transformation" and "pro-Māori".

She said at that time, she felt TOP was more transformative than the Māori Party, but left the party when its leader Gareth Morgan did.

When she was approached by the Māori Party to run in the Hauraki-Waikato seat this election she said she had reservations, as while she has a strong grasp of te reo Māori, she's not fluent in the language and felt anyone who stood in the Māori seats should be.

However, she reconsidered after being reminded that over 70 percent of Māori don't speak te reo fluently.

"We know that we're the majority being incarcerated, and I use the term, 'incarcerated from the womb to the tomb'."

"So our policies have to be quite courageous, rather than tinkering around the edges."

Pokere-Phillips said the major issue in the electorate was housing.

"Putting a roof over our whānau head, ensuring that their homes are affordable, healthy, are safe is a priority for the Māori Party."

She said they would create a micro-economy, where rangatahi would be trained as building apprentices in order to build houses for whānau Māori.