South Taranaki iwi leader Debbie Ngarewa-Packer could be the Māori Party's best chance of getting back into Parliament. 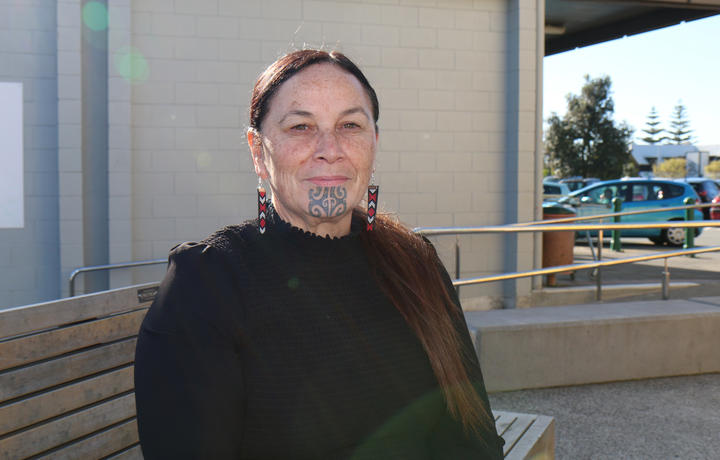 While she is polling behind Labour's Adrian Rurawhe in Te Tai Hauāuru, a third of voters in the electorate remain undecided about who to vote for.

She said the seat was absolutely winnable.

"Thirty percent were undecided, which actually means we're in the game, and there were 5 percent that didn't disclose," she said.

"When someone tells me I can't do something, you know, someone told me once, 'you're not gonna win the seabed mining fight, you're an underdog', I'm always in Team David and never Team Goliath, it just gives me more motivation to dig it in."

Incumbent Adrian Rurawhe will fight for every vote to keep the seat he has held for two terms, and he is feeling confident about his chances.

"I'm very confident because I've got a formidable campaign team, they've done it before, there's nothing different and we're not going to leave any stone unturned," he said.

"People need a strong voice at the government table, the alternative is to elect someone who is not going to be in government."

The two leading candidates have a lot of ground to cover in this electorate, which spans from Porirua north of Wellington all the way to Tokoroa in Waikato, and includes Taranaki, Whanganui and Palmerston North. 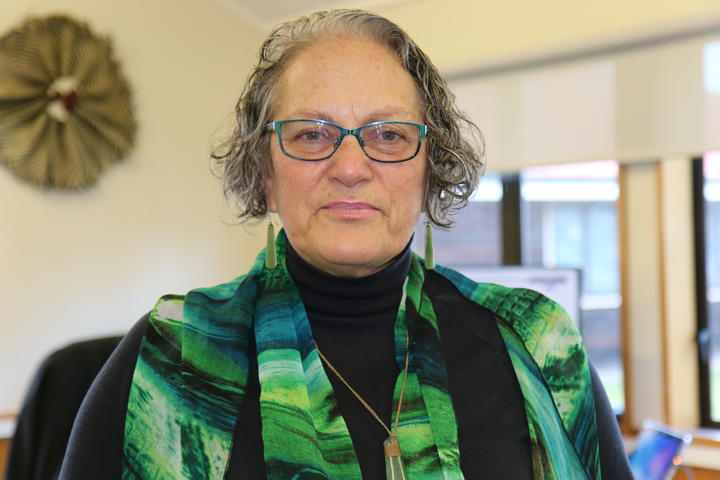 Wheturangi Walsh-Tapiata, the chief executive of iwi health provider Te Oranganui based in Whanganui, said Adrian Rurawhe had strong support in the town, where the Ratana Faith was founded by his great grandfather, Tahupotiki Wiremu Ratana, in 1920.

"Adrian of course lives in this town, his office is sited in this town, and many people are connected to Ratana here, so even if we don't see him physically, we're aware of his presence," she said.

"He attends critical events, and we know that if we need him he is there."

But she said Ngarewa-Packer had made herself known on other fronts as a strong advocate for the climate and other critical issues in the region.

"She's not new to politics but she's the new kid on the block in terms of the co-leadership of the Māori Party. Our rohe covers right through to the Patea River, to Ngarouru, which is of course is where she comes from," she said.

"We see her more significantly in the Whānau Ora space, on behalf of her iwi, standing up and being proud and speaking up on critical issues, like the seabed mining, like Oranga Tamariki and since her introduction into politics we're hearing much more from her."

But that will not be enough to jump ship for long-time Labour supporter David Arthur Shand, who lives at the southern end of the electorate in Waikanae.

"He's got an enormous amount of ground to cover, and from what I can see he works very hard," he said.

"I follow him on Facebook, I see where he is campaigning... I like him, he's got a nice, easy, friendly style. Two ticks, Adrian and Labour." 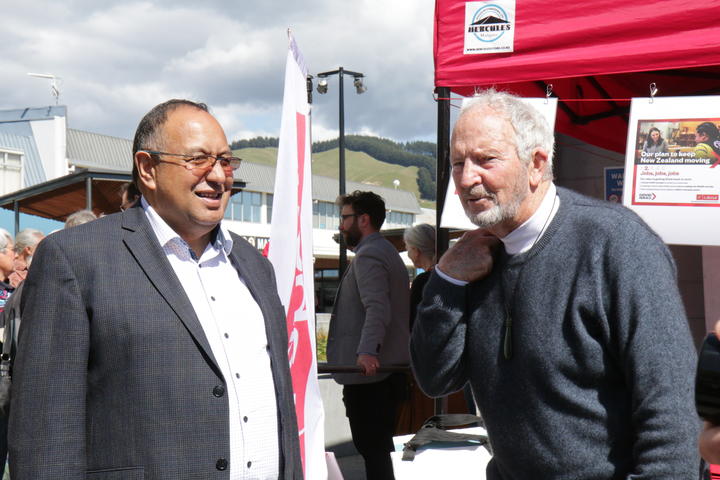 Labour's Adrian Rurawhe speaking to voters in Waikanae. Rurawhe says he is proud of his record in Te Tai Hauāuru which he has held since 2014. Photo: RNZ / Te Aniwa Hurihanganui

But in South Taranaki, near Hawera, Fay Mulligan from Tui Ora said Debbie Ngarewa-Packer had her vote.

"She's a local woman, she's very passionate and she's iwi-driven which is great. She's from grass-roots and is still connected. That makes a difference, and she'll call a spade and spade when it needs to be called."

Ngarewa-Packer says the party has come back with a clearer identity and transformational policies.

Among them is a $600 million housing programme, a separate Māori parliament, and a new Māori Health Funding Authority with a $5 billion budget.

"That's what this campaign has been about, more than popularity or the typical campaign thing. Because we actually want to be able to start the re-build, the reinvigoration of us as Māori."

Rurawhe said he was proud of his record in Te Tai Hauāuru - including a $20m investment in a new Palmerston North school, the passing of the Waitara Lands Bill, and provincial growth fund investments across the region.

He said Parliament clearly did not need a Māori Party to support and invest in Māori.

"We put a Māori lens over every single decision that the Labour Party makes to make certain that we are delivering good policy to all of our people."

Whether he has done enough to keep his seat will not be known for another two weeks.

If he hasn't - it will mean a new face for Te Tai Hauāuru for the first time in six years, and a return to Parliament for the Māori Party.