The man who defrauded the trust which funds the Māori King has avoided jail and been sentenced to home detention. 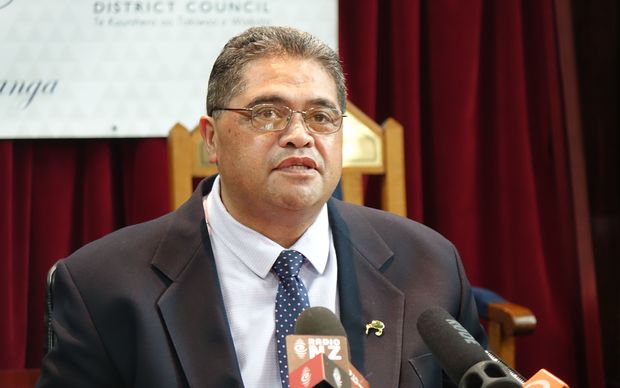 Rangi Whakaruru was the King's trusted private secretary, but over a year he defrauded a trust of mroe than $100,000 by writing false invoices for medical costs which he then pocketed or spent.

The 57-year-old was sentenced today. Judge Ema Aitken spared him jail time for a range of reasons, including his prior good character and commitment to paying the full amount in reparation.

From December 2015 to December 2016, Whakaruru defrauded the charitable Ururangi Trust which funds King Tūheitia, which itself is funded by Waikato-Tainui iwi.

Whakaruru had weight loss surgery at a cost of $27,000, and by asking the private hospital to alter the name on the invoice, managed to get the trust to pay for it by pretending it was a cost of the King's medical care.

He also invoiced the trust for $80,000 by claiming the King had to again pay for care at a private hospital, but the procedures were actually done under the public health system and at no cost to the King.

The lawyer for the Serious Fraud Office, Todd Simmonds, said all up, more than $110,000 was effectively stolen from the iwi for Whakaruru's own personal gain.

"Of course the harm in a case like this goes much beyond pure financial loss - it goes to significant harm caused to the reputation and the mana of the iwi and the Kīngitanga," Simmonds said.

Simmonds said once Whakaruru was caught, he lied to the SFO trying to cover his tracks, and that Whakaruru's remorse did not seem genuine, but rather "tactical".

He ended up pleading guilty to six charges in December last year - five of obtaining by deception, and one of supplying false or misleading information. He has been on bail since.

The defence lawyer, Guyon Foley, said Whakaruru admits the offending and holds "deep shame" over it. He said he pleaded guilty at the first opportunity and had no criminal history.

He produced to the judge 10 letters of support which spoke of his good character.

"A number of the writers note the defendant's embarrasment and deep shame and the writers... ask for mercy."

Foley said Whakaruru had no previous offending, was committed to rehabilitation and could immediately pay back almost all of the money he defrauded, with the rest to follow within three months.

In sentencing, Judge Ema Aitken said this offending compromised the reputation of the King, and was not fraud of need, but greed.

"This was a very gross breach of trust by someone who held the role as private secretary to King Tūheitia and you clearly used your position, your mana, your standing and your years of service... to obtain significant personal benefits to yourself," Judge Aitken said.

The maximum sentence for the charges of obtaining by deception is seven years.

However Judge Aitken, referencing case law, said it would be unfair for Whakaruru to be jailed at 57 years old, with no criminal history, and a low chance of reoffending.

"The process of arrest and charge, coming before the court, conviction and sentence, the fall from grace, the attendant publicity, the period of time over which you've waited since your plea of guilty until today - in my view those process factors play a significant part in holding you accountable and promoting a sense of responsibility," Aitken said.

The Judge sentenced Whakaruru to 12 months' home detention, 300 hours of community work, and ordered him to pay $110,000 in reparation and $5000 towards the legal costs of Waikato-Tainui iwi.

Outside of court, the King's former spokesperson, Tuku Morgan, said Whakaruru should have been jailed because he had "trampled" all over the mana of the Kīngitanga.

Whakaruru was ordered to drive directly to the address he was serving home detention, and would be fitted with an electronic monitoring bracelet, with six months of post-detention conditions imposed.

The Kiingitanga has acknowledged the sentence handed down to the former advisor to the Māori King.

In a statement, it said they had made significant changes at the governance, management and operations levels since Whakaruru resigned.

"We believe we now have processes in place that will prevent any further systemic vulnerabilities.

"A new era has dawned on this Office and we invite all iwi of the Kiingitanga to strengthen their ties as we face a future dedicated to the service of Te Iwi Maaori."

"The defendant's criminal and selfish actions have compromised the reputation of the Office of the Māori King. The active misleading of the SFO during an investigation is a serious offence and resulted in additional public funds being spent to resolve this case."