Ngāti Kahungunu supports legalising cannabis and is exploring setting up its own medical marijuana project.

The reason was Māori were over-represented in the justice system for cannabis offences and its legalisation provides business opportunities, Hawke's Bay iwi chairman Ngahiwi Tomoana said.

"We do it in order to heighten the awareness of our people to other elements within our society, some of which are legal, that cause more damage than marijuana, including alcohol, nicotine and methamphetamine which have dire outcomes on the wellbeing of our whānau, mokopuna," Tomoana said in a newsletter to iwi members. 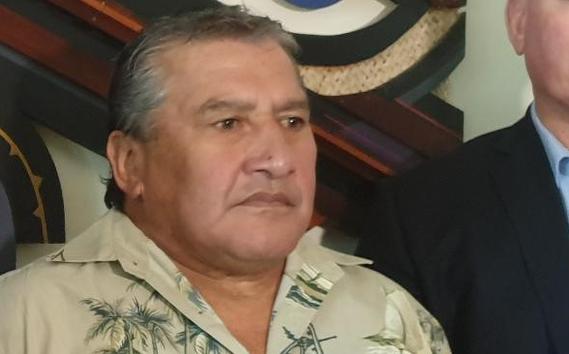 The iwi supported the referendum to legalise marijuana "knowing there are also misgivings around it" but it was not just an issue of health, but also injustice, he said.

"Māori are more likely to be apprehended, arrested, incarcerated and get longer sentences then non-Māori for the possession of marijuana.

"It's clogging up the justice system, clogging up police work, clogging up Corrections and prisons where police and other justice operations should be more targeted at deadly crime like P methamphetamine, domestic violence and other such oppressive activities."

Ngāti Kahugnunu had partnerships in the growing of hemp for medicinal and nutritional use, and it was now exploring the industrial production of medical cannabis in order to "improve people's health and wellbeing", Tomoana said.