One of the last few remaining members of the Māori Battalion who saw action in Italy, the Middle East and Japan has died. 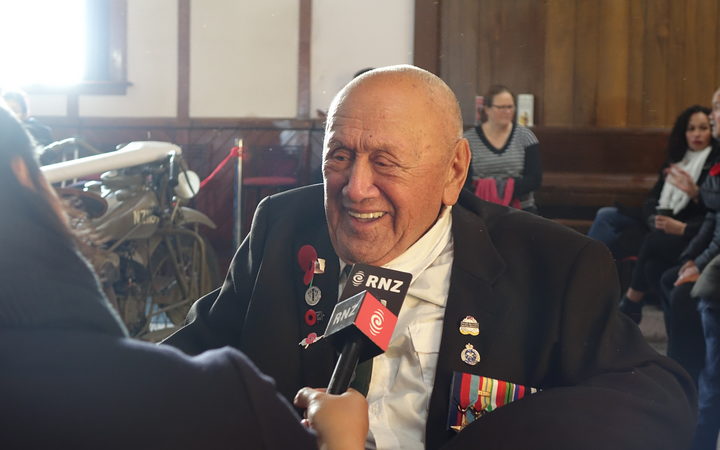 Epineha Ratapu, who was 98, served in the battalion's C Company.

He saw action in the desert campaigns and Italy before joining J Force in Japan during World War II, remaining until 1948.

He later returned to Masterton and raised four daughters and three sons.

Minister for Veterans Ron Mark was on his way to meet Epineha Ratapu's whānau when he received a call about his passing.

He said he was lost for words. 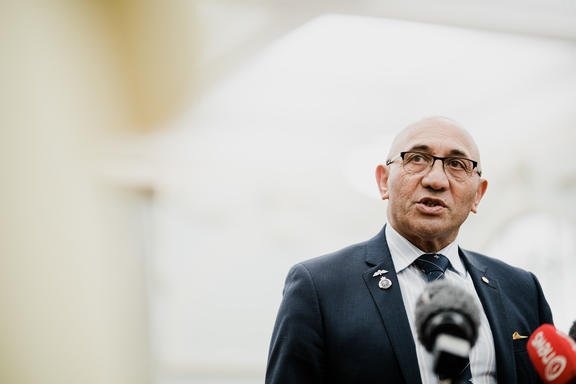 "I arrived outside his gate just as I got the phone call to say he had passed. I think I missed his passing by about 30 minutes," he said.

"When you lose someone of such stature, and of such importance and significance as Epineha Ratapu, it has a huge impact for people.

"Māori people of my age who joined the military were motivated and inspired by the men of the 28 Māori Battalion like Epineha, and to suddenly see him there, it hits home.

"It's times like this when people come up with all sorts of quotes, and I'm lost for a suitable quote right now. His passing will be met with huge sadness throughout the military."

The sole surviving member of the Māori Battalion is Robert (Bom) Gillies, who served in the battalion's B company.

"I guess we should take some comfort in knowing that we still have Bom Gillies with us and these two were like twins," Mark said.

"It's going to be hard knowing that Epineha is not here, that you can't just pop round and talk to him and enjoy his company. But the upside is that he's left a massive legacy and a massive example for the rest of us to live up to."

He said Epineha's bright spirit and humour was there until the very end.

"He was naughty, he was mischievous, he had a fantastic sense of humour," he said.

His final resting place will be in Tokomaru Bay. 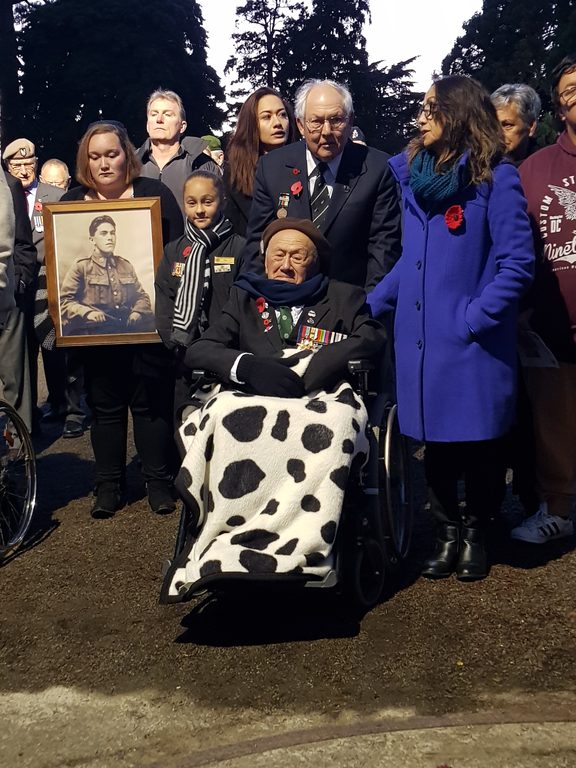 RNZ reporter Te Aniwa Hurihanganui spent part of ANZAC Day in 2018 with Ratapu and his whānau.

At that stage he was one of the last three living soldiers of Te Ope Māori, the 28th Māori Battalion.

C company comprised members from the Tairāwhiti/East Coast region. They were also known as the Cowboys (Ngā Kaupoi), because horses were a regular mode of transport up the coast.

To those closest to Epineha Ratapu, he was known as Dad, Pop, or Uncle Pine, Hurihanganui wrote. To the rest of the world and New Zealanders alike, he was known as a living veteran of one of the most formidable military units there ever was.

The legacy of the 28th Māori Battalion was perhaps best described by Lieutenant General Sir Bernard Freyburg when he said: "No infantry had a more distinguished record, or saw more fighting, or, alas, had such heavy casualties, as the Māori Battalion."

World War II indeed came at a great cost for the battalion.

Of the 3600 men who left for war, 660 men lost their lives. Epineha Ratapu was one of the lucky ones.