National MP Jo Hayes would be "keen" to contest the Te Tai Hauāuru electorate if Judith Collins opened that door - something the new leader is actively considering. 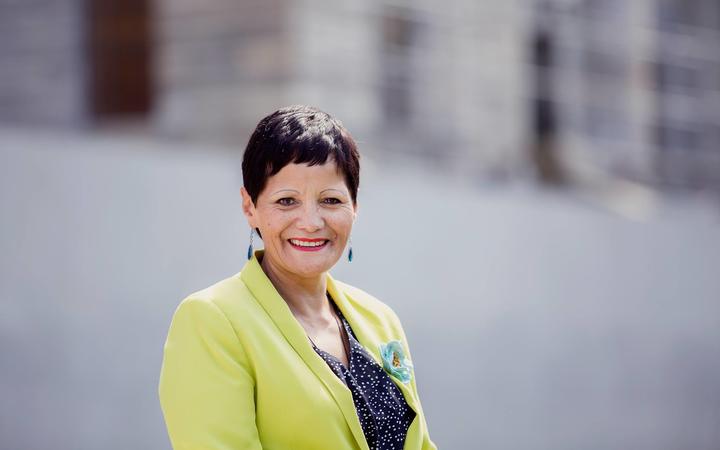 The last time National stood candidates in the Māori seats was in 2002. Two years later former leader Don Brash declared he was ruling them out.

More recent leaders Todd Muller and Simon Bridges were also against the idea but Judith Collins isn't ruling out the possibility.

Bridges said the future of the seats for the party was up to Judith Collins now.

"Whilst that would be a different position that I took as leader, if that's where Judith lands, I can understand that," he said.

"That was always a difficult and finely balanced sort of an issue and, as I say, leaders have to lead and sometimes take a different position to where we've been in the past."

The move could open the door for National MP Jo Hayes, at present number 34 on the list, who has long fought for the chance to stand in her Te Tai Hauāuru electorate.

"We haven't really had a voice at all within the Māori seats and I think it's time that we did have that voice," she said.

"It's been well known that I've been an advocate for National to do that again, and I think that that's something that Judith has heard."

But just eight weeks from the election, she had doubts the party had enough time to stand candidates this year.

"I'd be keen but there's a lot of water to go under that bridge before we get there," she said.

"For many Māori, they don't see National as an option, especially in the Māori seats. But if you don't put somebody there then how will they be able to hear our voice at the various meet the candidates and various other meetings?"

Diversity of voice in the party - or lack of - has been in the limelight over the last few weeks.

Former leader Todd Muller found himself in hot water over his all-white front bench, the problem exacerbated when tried to defend it by incorrectly claiming Paul Goldsmith was Māori.

Harete Hipango has also been promoted from 39 to 21, taking over the shadow attorney general and Treaty negotiations portfolios.

Hipango said a lifetime of service to law, and her whakapapa as a Māori woman from the Whanganui river, gave her a strong grounding for the work these portfolios demanded.

When asked about the criticism her party had faced over diversity, she said Māori do bring a unique background, experience, and knowledge-base to any leadership group.

"That's been addressed, in my view, with Dr Reti being promoted to a very senior position, but it's also been addressed by the mere fact that should Shane not be there I have his back covered and I'm always alongside, as are others as well who are Māori members within the caucus."

Collins denied the new appointments were a response to the backlash.

"Simon, Shane and Harete are there on their own merit," she said.

"I think it's important that we looked at their experience, and their ability to really get to grip with those roles."

Dame Georgina Te Heuheu, the first Māori woman to be elected into the National Party, said regardless of why they were chosen, having Māori represented at the top of the party was only a good thing.

"Māori and Māori interests play a critical role in the forward movement of our country. Māori need to be properly represented at the top decision making levels, my whole career has been built around that, and that hasn't changed."

Collins is expected to reach a final decision on the Māori seats within the next few days.