One of the biggest Māori tourism operators in Rotorua, Te Puia, has come back to life since re-opening two weeks ago, but it's still having to watch every cent until the borders re-open. 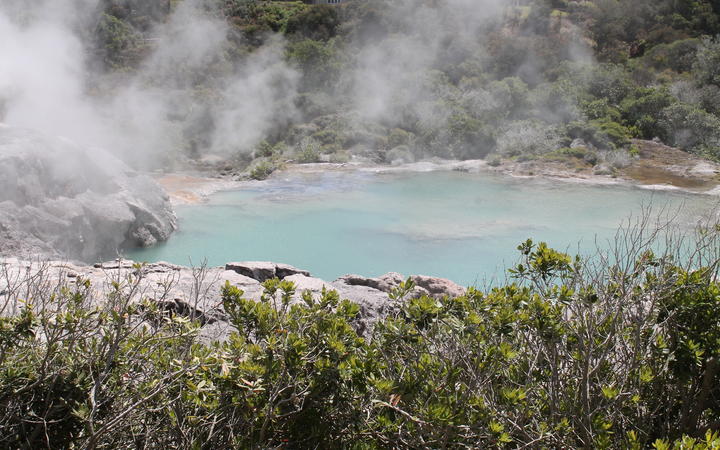 Te Puia was forced to cut 140 full-time jobs before lockdown, and suspend both its tourism operation and Māori arts and crafts school.

But it has since re-hired 20 staff to operate the tourism business, and the school is now fully operating.

Chief executive Tim Cossar said the visitor numbers were still much lower compared to previous years, but they were encouraging.

"We've had about 4000 paying guests come through which is nothing like our old numbers when we've got international visitors but certainly encouraging given the circumstances," he said.

"We have pretty much every part of our operation functioning, and we're working that operation with a much smaller team of course, and with support from the government we've been able to get our national schools of wood carving, stone and bone carving and weaving back up and operating, as well as our gallery.

But the challenges are not over, with visitor numbers still not enough to ensure the business's survival in the long-term.

"There's no question, we haven't re-opened because it's highly profitable to do so. It's incredibly challenging to make money in an environment like this. Our challenge remains what we call, a bridge to the future," he said.

"It's looking less and less likely that we've got international markets coming back anytime soon, and we don't anticipate that we're going to have them on scale, back in our world, until about September or October next year, and that costs a lot of money.

"For every three months we burn about a million dollars in cash, that's just the operating costs of operating a business on a big site with a lot of buildings and just a modest team of staff, so we have to be pretty sure that we keep as much cash in the bank as we can until the day the international markets open up.

The business is operating on reduced hours, from Thursday to Sunday.