A Taranaki iwi says it has walked away from the Taranaki Crossing project in Egmont National Park after being forced to use the Official Information Act to find out where millions of taxpayers money is being spent. 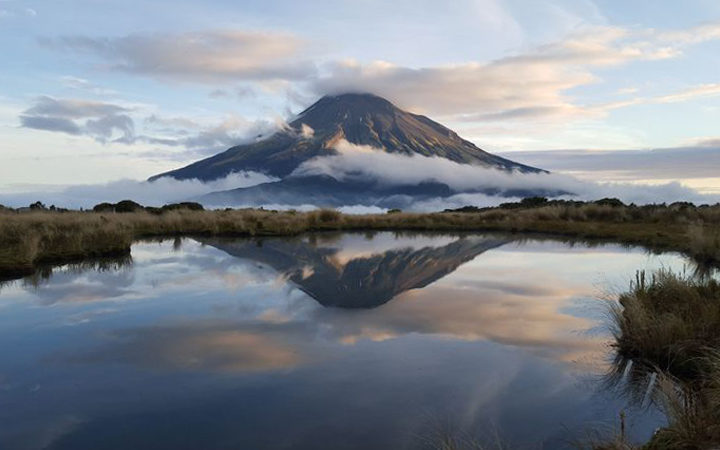 Kaiarataki of Te Rūnanga o Ngāti Ruanui, Debbie Ngarewa-Packer, said the iwi waited several months and had to appeal directly at ministerial level before 122 pages of heavily-redacted documents were released to it - and she said it was still none the wiser about how the money is being used.

The Taranaki Crossing - formerly known as the Pouakai Crossing - has been promoted as an alternative to the overcrowded Tongariro Crossing for about six years.

The previous National-led government pledged $3.4 million to the project in 2017 - the same year the Lonely Planet travel guide described it as a must-do experience when naming Taranaki the second best region in the world to visit.

The current government put up $13.3m in 2018 - subject to a feasibility study - which it then re-announced as a Provincial Growth Fund investment in 2019.

Territorial authorities in Taranaki and the New Zealand Transport Agency have also budgeted to spend millions on the wider project, which comes in at about $23m.

Ngāti Ruanui own the Stratford Mountain House - a restaurant and accommodation provider on Mt Taranaki - and Ngarewa-Packer sat on the Taranaki Crossing steering committee. 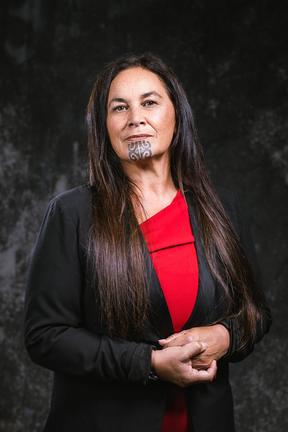 She said the iwi had "skin in the game" and resorting to the Official Information Act was a measure of its frustration at the lack of headway the project was making.

"We've always had concerns about how this project is rolling because it's been hard to get transparency and optics on some of it, and really we just wanted to know a little bit about the Provincial Growth Fund and a breakdown of the $13.3 million. Where it was going and how it was being managed, because there was such a lack of progress."

Ngarewa-Packer, who is co-leader Māori Party, said an Official Information Act request was filed in September, but the iwi didn't get a reply until late February.

The documents showed it was not alone in bemoaning the project's lack of progress.

Regional leaders have also been asking what is wrong and government officials identified on-going delays as a risk to its success.

Ngarewa-Packer said the documents offered little clarity on where the money was being spent.

"A lot of the information that we required had been redacted and my understanding is the work is only just finished, but my short answer is no."

Ngarewa-Packer said it was her impression a bureaucratic bun-fight had broken out between the ministries involved over control of the project.

"We saw these government agencies fighting over this and pushing us all out of the way to take the lead and run it, and between DOC and MBIE you couldn't get a word in.

"It was really frustrating not only as iwi but as a business owner with skin in the game and we eventually walked away from discussions and the project itself."

Ngāti Ruanui are not the only ones upset with progress. 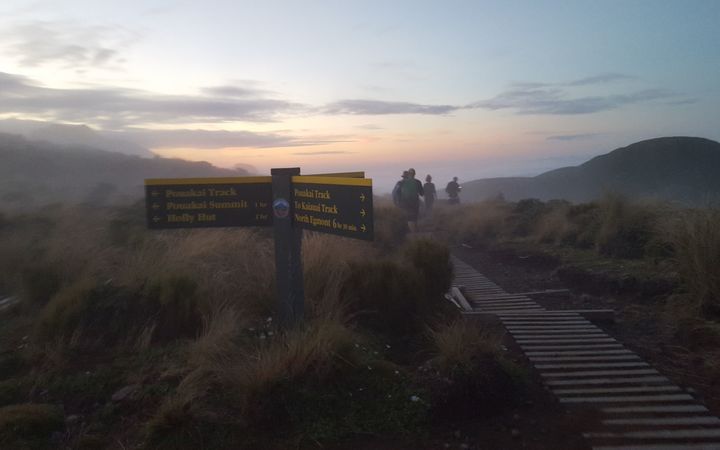 The Pouakai Saddle at dusk, pictured back when it was called the Pouakai Crossing. Photo: RNZ / Robin Martin

Taranaki Mountain Shuttles owner operator Rob Needs was heavily involved in early promotion of the Pouakai Crossing - which is now a component of the 30 kilometre Taranaki Crossing.

He said the project represented a lost opportunity.

"When Taranaki was identified by Lonely Planet as the second best region in the world to visit there was a significant boost in visitors and doing the crossing, but the momentum was lost due to being slow off the mark with some action even just marketing and supporting it."

Needs was at a lost to explain where any money had been spent on the crossing.

"I'm not sure how much of it has been spent. It's certainly not in my wallet. And the $3.4m that the National government gave up for the Pouakai Crossing I haven't seen $3m worth of work or heard of $3m worth of work being put into the Pouakai because it was very targeted at the 19 kilometre trail."

Both Needs and Ngarewa-Packer said it was a shame the crossing was not in a position to help Taranaki bounce back from Covid-19 by attracting domestic tourists to the region. 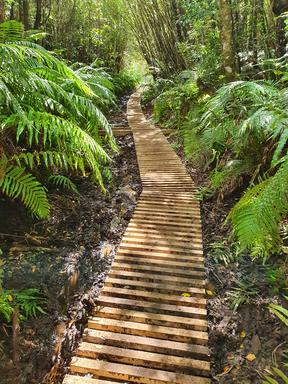 Sage said she did not know why Ngati Ruanui's Official Information Act request had taken so long to answer.

"The department should be answering official information requests within the statutory timeframe so having to wait for six months... I don't know the details, but we will find out."

The minister was unable offer clarity on what money was being spent where on the Taranaki Crossing.

Sage put the delays to the Taranaki Crossing project down to the robust planning required, including health and safety aspects, saying that took time.

But she said the crossing was still due to be completed on schedule by January 2023.