Christchurch City Council says it is working with Ngāi Tahu to ensure a balanced celebration of New Zealand's history is depicted throughout the city. 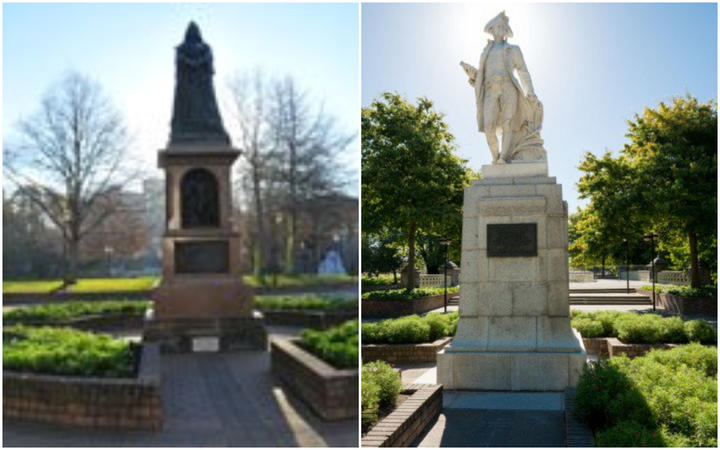 Christchurch Mayor Lianne Dalziel and Ngāi Tūāhuriri Upoko Dr Te Maire Tau this afternoon issued a rare joint statement in response to questions about the future of statutes in the city, including of Queen Victoria and Captain James Cook.

"Treaty of Waitangi is the founding document of our nation and it is important that our public statues and monuments reflect the history of mana whenua and the colonial settlement in this region," the statement said.

"It is entirely appropriate that the statue of Queen Victoria in Victoria Square is now flanked by two upright waka carved by Ngāi Tahu master carver Fayne Robinson. 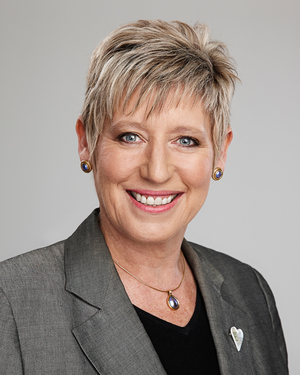 "It is an expression of our partnership that we now have Ngāi Tahu Treaty signatories sitting alongside Queen Victoria.

"We do need to have a discussion on colonial monuments and icons but it needs to occur within the context of the relationship that exists between iwi and Crown.''

The statement said Ngāi Tahu's position with Queen Victoria had always been clear.

"In our traditions as our chiefs were signatories to a Treaty with the Crown. All of our tribal elders have always endorsed Queen's Victoria's descendants as representatives of that relationship.

"But there are other colonial statues, place names and icons that we would hold with less regard. Ngāi Tahu do not care to celebrate them but they do represent the beliefs of that time and the community should own their past." 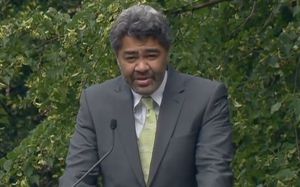 The pair also applauded the decision this week by an Akaroa restaurant owner to change the restaurant's name from Bully Hayes as a good example of the types of discussion that need to be had.

The pair said following the upheaval of the earthquakes, Christchurch had been in a position to reconsider how it acknowledged the past.

It said Ngāi Tūāhuriri and the city leadership had worked towards a balanced celebration through Matapopore, which had taken a leadership role with the city rebuild.