Renowned artist Professor Derek Lardelli is among those receiving the highest honour of a knighthood for services to Māori Arts. 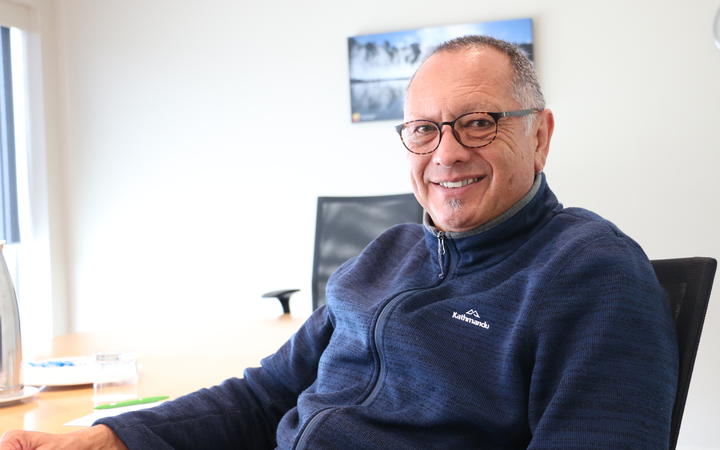 Among his many compositions - he would be mostly known in Aotearoa for composing Kapo o Pango, the All Blacks haka.

Upon receiving the news of his knighthood he thought it was members of the group having a laugh.

"It wasn't until the next day, when I realised it was true and then it really sunk in."

He said it was an honour to receive just an accolade, and added that it was not just a recognition of his work but that of all Māori arts.

"The award recognises first and foremost Māori and Māori arts. It, of course, belongs to my whānau, whānau whānui and all of Māoridom."

When asked how he would be marking the day - he said hopefully fishing with a chuckle and with his whānau.

Who is Derek Lardelli?

Sir Derek is Ahorangi at Toihoukura, School of Visual Arts Māori, in Gisborne.

His work is found in national and international institutions, public buildings and private collections. He created the Maui sculptures on his tribal mountain, Hikurangi. In 2018, he created the entranceway installation for the Ko Rongowhakaata exhibition at Te Papa.

As chairperson of Te Uhi a Mataora, a national Tā Moko Arts collective, he has been heavily involved in the retention and development of the rituals, karakia and oral histories associated with Tā Moko, and is credited with leading the renaissance of this art form.

He is a Trustee of Toi Māori Aotearoa and member of Te Papa Tongarewa's Repatriation Advisory Panel and the New Zealand Olympic Committee Māori Advisory Committee.

Sir Derek has served on the Waitangi Tribunal and was a Trustee of the New Zealand Arts Foundation.