A director, an ex-All Black, medical researchers, leading Māori artists and authors are among those recognised in this year's Queen's Birthday Honours. 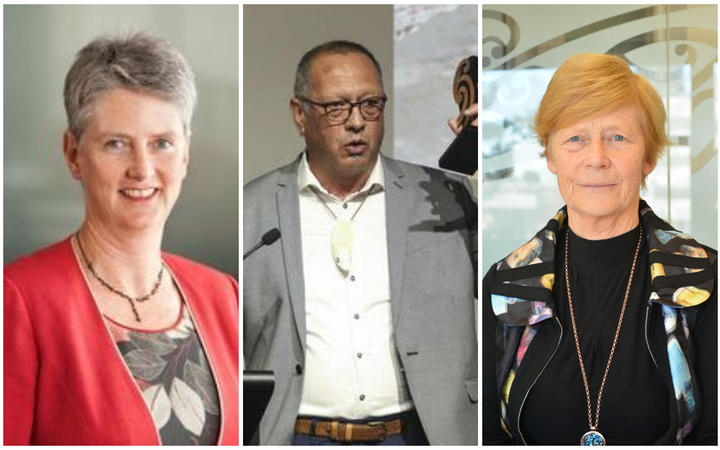 Jane Harding (left) and Karen Poutasi have been awarded a Dame Companion of the New Zealand Order of Merit while Derek Lardelli (centre) has been made a Knight. Photo: Supplied / Te Waka Toi

Sir Robert is one of those who has been awarded a knighthood, becoming a Knight Companion of the New Zealand Order of Merit.

He has been involved in a medical research for 60 years, and some of his discoveries include a treatment for a fatal form of congenital heart disease in babies and a newborn screening test for cystic fibrosis.

However he said his working setting up Cure Kids in the 1970s is his greatest legacy.

"I've had a handful of memorable research discoveries, which have changed medical practice around the world, but what I'm proudest of was founding charity Cure Kids in 1971 to promote research in children's diseases. It was called National Children's Health Research Foundation then.

"It was struggling in 80s and 90s with finances, but fortunately one bit of research I did was connecting a variety of milk called A2 with human disease which turned out to be commercially very successful indeed. And the money which came in from selling that patent to the A2 milk corporation has set Cure Kids up very nicely."

"I'm particularly pleased to have fathered that organisation, and seen it through." 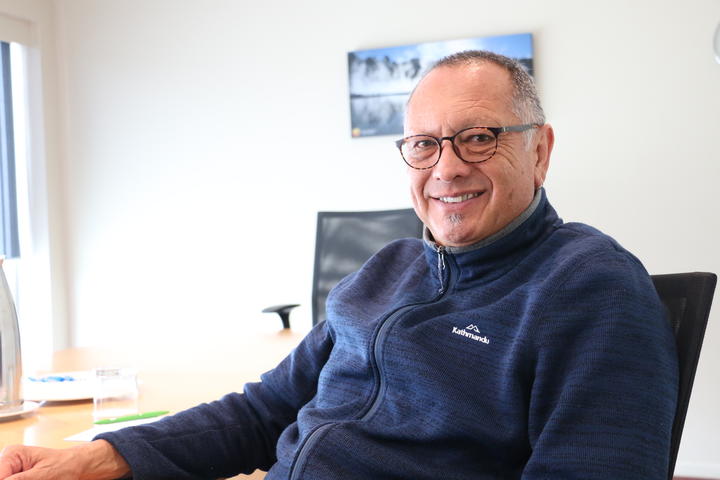 Derek Lardelli has been awarded a knighthood for services to Māori art. Photo: RNZ/Justine Murray

Sir Derek has been awarded a Knight Companion of the New Zealand Order of Merit for services to Māori art.

Sir Derek is a leading tā moko artist, visual artist, kapa haka performer, orator, composer, graphic designer, researcher, cultural consultant and educationalist. He is Ahorangi at Toihoukura, School of Visual Arts Māori, in Gisborne and has been prominent in promoting Māori arts nationally and internationally. His artwork is found in national and international institutions, public buildings and private collections.

As chairperson of Te Uhi a Mataora, a national Tā Moko Arts collective, Sir Derek has been heavily involved in the retention and development of the rituals, karakia and oral histories associated with Tā Moko, and is credited with leading the renaissance of this art form.

He is also a composer, performer and leader of a kapa haka group which has twice won Te Matatini national competition. His most recognised musical composition is the All Blacks haka 'Kapa O Pango'. He was awarded the Officer of the New Zealand Order of Merit in 2008. 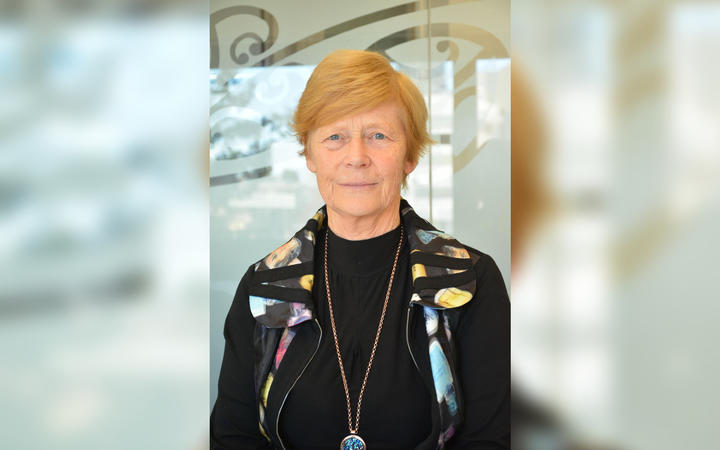 Karen Poutasi retired as the NZQA's chief executive in April, after leading the organisation for 14 years. Photo: Supplied

Dame Karen has been made a Dame Companion of the New Zealand Order of Merit for her services to education and the State.

She was made a Companion of the New Zealand Order of Merit in 2006 for her services to health administration.

She worked for 30 years in the health sector, and served as Director General of Health at the Ministry of Health from 1995 to 2006.

In April, Dame Karen retired as chief executive of the New Zealand Qualifications Authority (NZQA) after leading the organisation for 14 years.

She said the honour was also a recognition of the teams she had worked with in health and education, and all their successes.

She said NZQA is well placed to deal with the challenges presented by Covid-19.

"We've been thinking about what we call the future state, qualifying for the future world, being able to work online, being able to have micro-credentials, small credentials that you might need if you are changing roles. All of these things are very very appropriate in the situation where we are at the moment."

Dame Jane has also been made a Dame Companion of the New Zealand Order of Merit for her services to neonatology and perinatology - work with babies, pregnant women and new mothers. 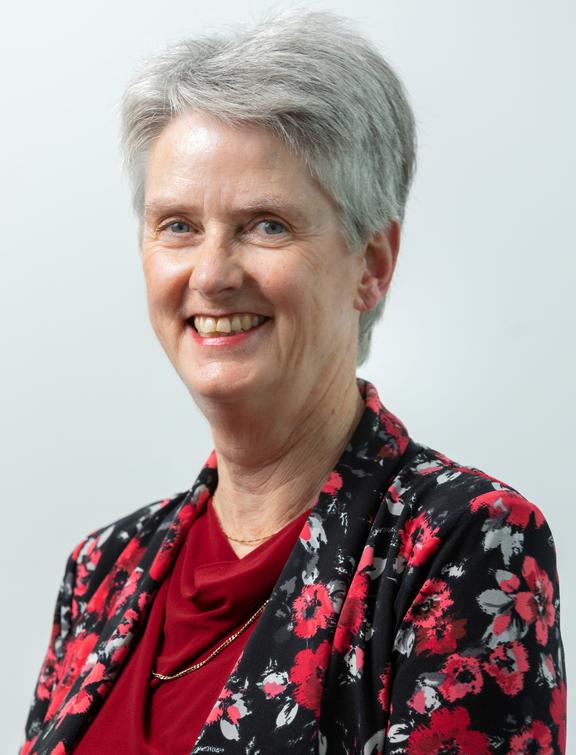 Jane Harding said the honour was a complete surprise. Photo: University of Auckland

Dame Jane's work has included looking at the regulation of a baby's growth before and after birth, which has led to changes in the field, nationally and internationally. She also identified the impact of low blood sugar levels on premature babies' brain development and developed a simple and cheap intervention in the form a dextrose gel, which has changed the treatment of babies around the world.

Dame Jane said the honour was a complete surprise but, she hopes, very positive for her field.

She said she cannot ever imagine people calling her Dame.

Dame Aroha has been awarded a Dame Companion of the New Zealand Order of Merit for her services to Māori and the community.

Dame Aroha has been a member of the Māori Women's Welfare League since 1968 and served as national and international president from 1990 to 1993, as well as being a life member of the Otautahi branch.

She is chairperson of Matapopore Charitable Trust, culturally advising and guiding developers in the Christchurch rebuild. She has also served as chairperson of the Poutama Training Centre and Nga Maia Māori Midwives Trust. Dame Aroha is currently a trustee of Te Puawaitanga Māori Health Provider and Kaumatua of Waimakariri District Council. She was awarded the Commander of the Order of the British Empire in 1993.

Others to be recognised

Other people to be recognised in the Queen's Birthday Honours include director and actor Taika Waititi, former All Blacks captain Kieran Read and former police commissioner Mike Bush.

Taika Waititi, who has been made an Officer of the New Zealand Order of Merit for his services to film, said the arts in general are not celebrated enough, so it is good to have recognition of the work.

He said it was particularly significant having a honour coming from New Zealand, and his peers in New Zealand.

"Personally I make my stuff for New Zealanders first and foremost. They are my first audience. My peers and colleagues, to be recognised by them, people who are closer to my home, is more significant." 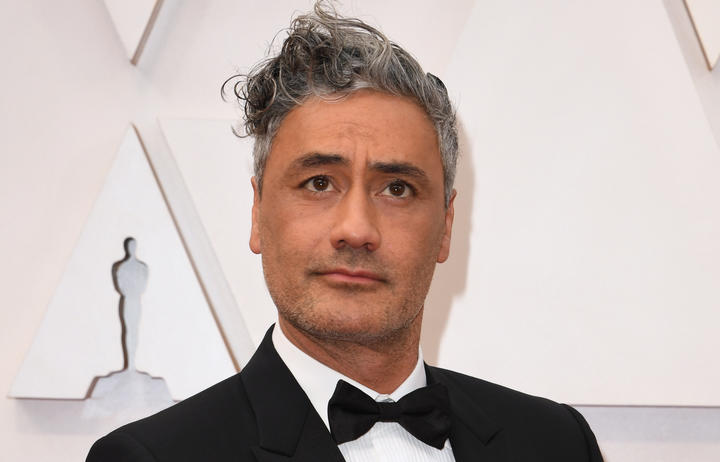 Taika Waititi has been made an Officer of the New Zealand Order of Merit for his services to film. Photo: AFP or licensors

Waititi won an academy award for the screenplay of his film Jojo Rabbit, and the film, which he also directed, was nominated for best picture. He has also directed box office hit Thor: Ragnarok and it was recently announced that he will direct and co-write an upcoming live-action Star Wars film.

Waititi said he thought the pinnacle of his career had been his role as a cocky waiter in a 1996 butter commercial, but his film Boy was still the work he was most proud of.

During the Covid-19 pandemic he has released readings of James and the Giant Peach, with donations going to Partners In Health, a medical and social justice organisation fighting Covid-19 around the world. 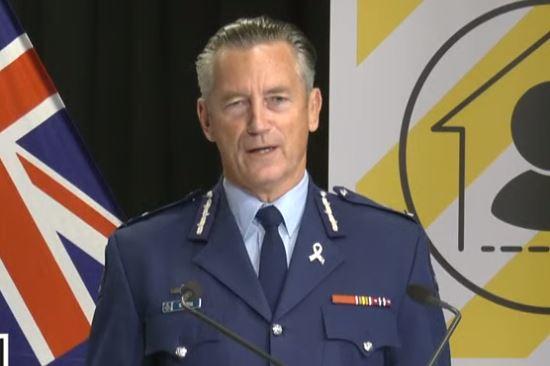 Mike Bush stood down as police commissioner in April after six years in the role. Photo: RNZ

Former police commissioner Mike Bush has been made a Companion of the New Zealand Order of Merit in this year's honours.

Bush, who stood down as police commissioner in April after six years in the role, said when he took on the role he wanted to take the service in the right direction.

"A lot of that was ensuring that we were a really modern service," Bush said, "that we served our community as best as we possibly could. That we were very inclusive, we're very accessible, that we built real diversity and the right relationship with our communities, and by that I mean that we really cared for them, we were really open to them. "

Bush said he thought of the award as an acknowledgement for the organisation which he was part of for 42 years.