While some Māori and Pacific Island small business owners are cautiously optimistic they can weather the Covid-19 storm, others aren't so confident.

It's been just over a week since level 4 restrictions were lifted, enabling 75,000 Māori to return to work.

But some Māori businesses say it's a challenging time to operate and there's no guarantee they will survive. 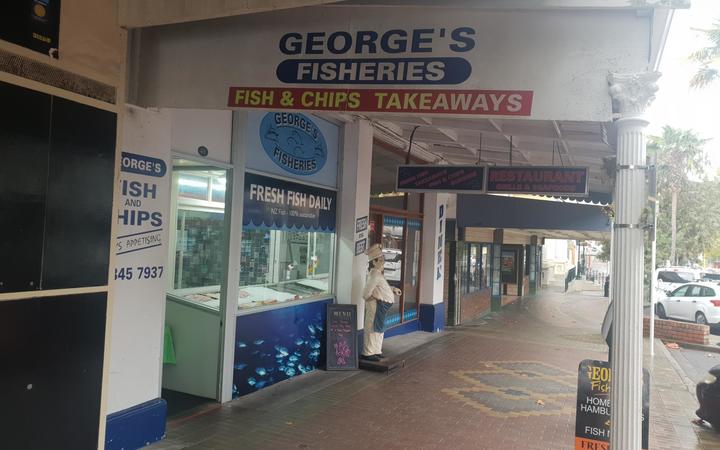 George's Fisheries owner Richard Faavesi said the phone has been running hot at his Whanganui fish and chip shop the past week.

He described working at level 3 as hectic.

"We have had our phones ring every 20 seconds - as soon as we hang up from an order, the phone is ringing," he said.

"The orders have been backed up where people will ring and pick up is in two hours.

"Business has been really good."

Like many small business owners, when the lockdown was announced, panic set in over how the business would fare.

Perhaps more so for Faavesi and his wife Shontelle, who only bought the takeaway shop in February.

But he said the wage subsidy tide staff over and things are looking up.

"We have got a lot of loyal customers and there are some awesome people out there in Whanganui that have showed a lot of support.

"We are feeling high spirits about getting through it."

But it's not the same for everyone.

Up the road, the owners of Gracias Mexican said they have been encouraged by the level of local support too.

But Josie Gray said sales were down, and the new health restrictions under level 3 made things difficult.

"Just like every other business, we have had to pivot in what we do and include a whole other way of doing things, so delivery only and pick up but non-contact obviously," she said.

"It is certainly not at all to the level it was, and we noticed things dropping off in March when the tourists stopped coming."

Gray said aside from the wage subsidy scheme, government support had been minimal and their future was up in the air.

"We don't know how it is going to go, like how the future is going to look like as a business.

"We are just taking it as it comes and we are willing to roll our sleeves up and pivot where we need to pivot and just do the best we can really."

But he said they had an advantage, in that their sales relied on locals, not tourists.

"A lot of carvers carve for the tourist market so for them, their market is gone," he said.

"What I am finding now is that everyone is scrambling on social media almost to the point where they are sounding very very desperate."

Gardiner said he was optimistic about making it through, but the pressure was on to adapt to the new environment.

"We have really got to move a little bit more online but we haven't really pursued that before.

"But we have got to look at it seriously now because it will be the survival of what we do."

If sales did not pick up, his team may need to find a cheaper studio and shop.

But for now, he is just happy to be back into his usual routine, in the studio and carving pounamu again.