An upcoming regional kapa haka competition will go ahead for the first time ever without spectators. 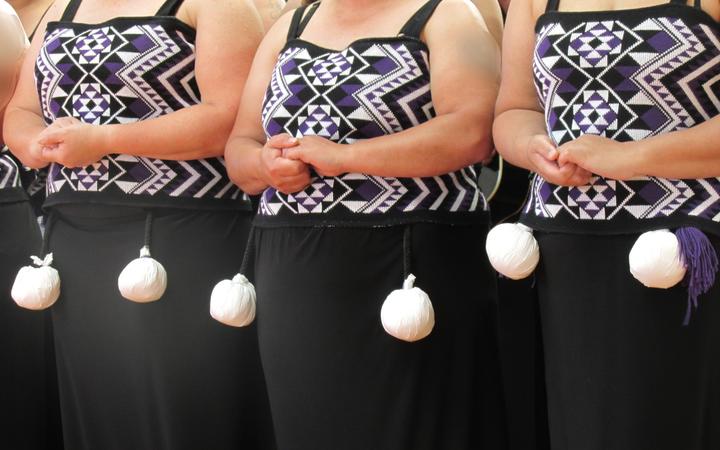 It is one of many events on the Māori calendar which have been strictly regulated or canned amid the threat of Covid-19.

The roar and energy of the crowd are something performers at the highest level of kapa haka know well.

But performers like Te Amohaere Morehu will need to adapt to an empty audience when they take the stage at the Te Tai Tokerau regionals next week.

"It's going to be very different and very interesting to see how all members and all groups react to the silence," she said.

"We're so used to feeding off the energy that the audience provides on the day and at the time, when there's a solo there are massive claps and you definitely feed of that."

Te Tai Tokerau kapa haka will perform only in front of a panel of judges, and each group will leave the venue immediately after their performance.

Kaihaka will also perform on the ground rather than on a stage to avoid touching rails.

"We get about 2000 turnover when we have our regionals normally but we're just trying to minimalise the number of people who will actually be there," she said.

"At the centre of everything, he aha te mea nui? He tāngata, he tāngata," she said.

But haka lovers won't miss the action as performances will be live-streamed.

The Aotea Regional competition this weekend is still going ahead, but only the groups, officials and media crew will have access to the venue.

The biennial Te Hui Ahurei a Tūhoe festival in April, which was expecting up to 15,000 attendees and 48 kapa haka groups, has been cancelled.

Festival chair Matt Te Pou said it was a hard call to make.

"Not an easy decision knowing that we're so close," he said.

"At the end of the day there's a lot of uncertainty within the iwi with the Covid-19. We feel for all the volunteers who have worked hard and the kapa haka groups, most of them have been building up over the last 12 months.

"It was a heavy decision but it was a no-brainer. The decision had to be made."