Wellington mana whenua have temporarily stopped doing hongi at their pōhiri following the third confirmed case of Covid-19 in the country. 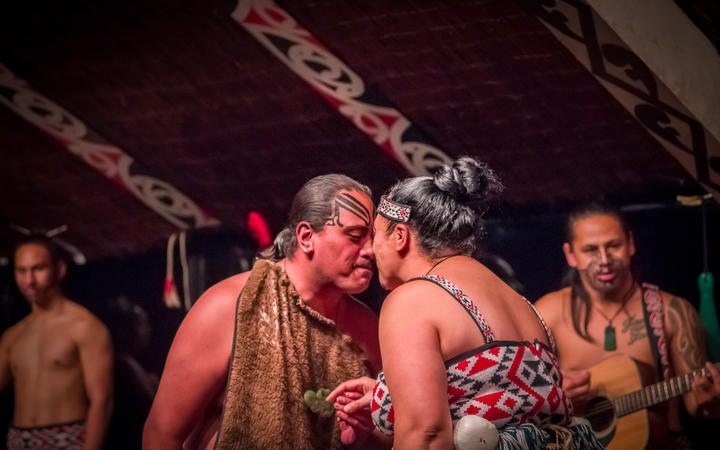 The hongi - or the pressing of noses to exchange breath - is an integral part of every pōhiri, but Te Rūnanga o Te Atiawa chairman Kura Moeahu said it would not be going ahead at pōhiri in Wellington.

"It's not a ban - the word taupāruru is to actually confine or restrict movement in a certain place ... it's commonsense about when coming into contact with people really.

"That's not stopping people from doing what they want to do if they choose to do that but from a tikanga Māori perspective it's the right thing to do."

He said the iwi has been inundated with calls from government agencies who look to the iwi for cultural advice. 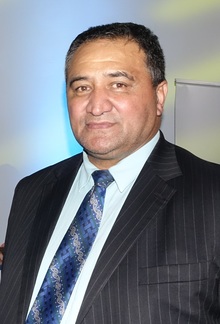 After urgent calls on Tuesday night, Moeahu said the iwi decided to put the taupāruru in place.

He said that had already led a Japanese delegation to cancel a visit to Waiwhetū marae in Lower Hutt planned for today.

But while pōhiri would not need to be cancelled, they might be different, he said.

"In Te Ātiawa in Wellington, we do the hongi harirū before and so that will no longer take place and what we normally do when the last speaker of the manuhiri has concluded, someone from the hau kāinga just simply gets up and brings the ceremonial ritual to an end with a karakia."

Te Ātiawa are not the only ones taking precautions on marae.

Karaitiana Taiuru was at a wānanga in Awanuiārangi on Tuesday where almost no-one did a hongi.

However, not all Māori are taking the same precautionary measures, with Te Arawa Kapa Haka Regionals - expected to attract close to 5000 people - set to go ahead as planned in Rotorua this weekend.

Event chairman Trevor Maxwell said they were making there was enough soap available for spectators, and they were "urging them not to be complacent but just [to] keep washing their hands."

Deputy Director-General of Māori Health John Whaanga said there were similar concerns about hongi during the Sars outbreak.

"There wasn't an ultimatum issued by the ministry and I think during that time there were groups that made their own decisions about their cultural practices, but I don't remember a group coming out openly like the mana whenua group have here."

As there are only two isolated Covid-19 cases, he has not recommended all iwi and Māori groups put a stop to hongi.