Porirua-based iwi Ngāti Toa Rangatira has officially become the landlord of more than 900 state homes in the city. 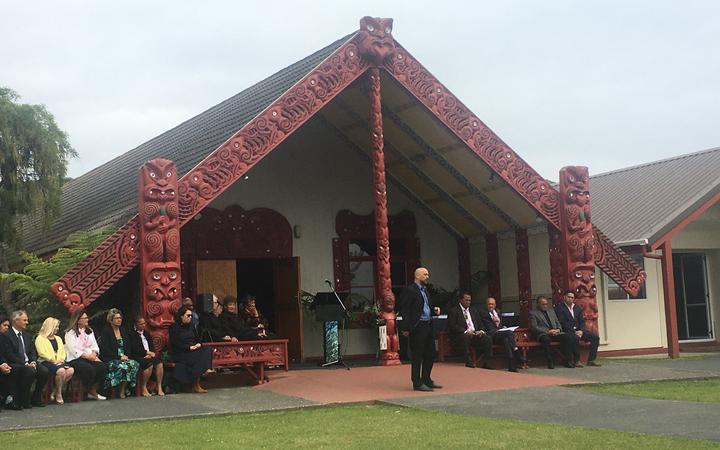 Through the partnership, Ngāti Toa will manage the tenancies, maintenance and upgrade of the Kāinga Ora properties in western Porirua, including areas in Titahi Bay, Mana, Tawa, Takapūwāhia and Eldson.

The partnership has been possible through the iwi's 2014 Treaty settlement, in which Ngāti Toa Rangatira were given first right of refusal over Crown-owned properties and land blocks in these areas.

Today the deal was made official at a contract signing ceremony at Takapūwāhia Marae.

"All those values are tied up in this initiative. We feel honoured and grateful that we have this opportunity."

He said his people would take part in every level of the housing development.

"The opportunities are far and wide in terms of fulfilling the contracts for our tradies, the carpenter, the painter, the plasterer.

"We've had hui with them already to say 'gear up, there will be opportunities for them on their own whenua'."

Te Rūnanga o Toa Rangatira executive director Matiu Rei said the move would also be of commercial benefit to the iwi, although he did not give details about what the iwi expected to gain from the agreement economically.

"It is a wonderful commercial opportunity, it's predominantly a social project don't get me wrong, but underlying that there will be some opportunities.

"The demand is growing so we will have to be building or constructing more houses to satisfy."

Associate Housing Minister Kris Faafoi said over time, the partnership would see these homes upgraded to make them warmer and drier.

"We know that a place to call home is fundamental to people's wellbeing.

"Housing is a basic human right, which provides stability, security and the opportunity to establish connections in a community," Mr Faafoi says.

"This government and Ngāti Toa are united in wanting to improve public housing in Porirua. This partnership with Ngāti Toa is also significant as it deepens the Crown-Māori relationship."

The Ngāti Toa agreement is just one part of the wider Porirua development project the government announced last year.

It will commit up to $1.5 billion to work with the community on revitalising eastern Porirua and upgrade and repair 2900 public houses across the city.

The tenancies will officially be taken over from July 2020.